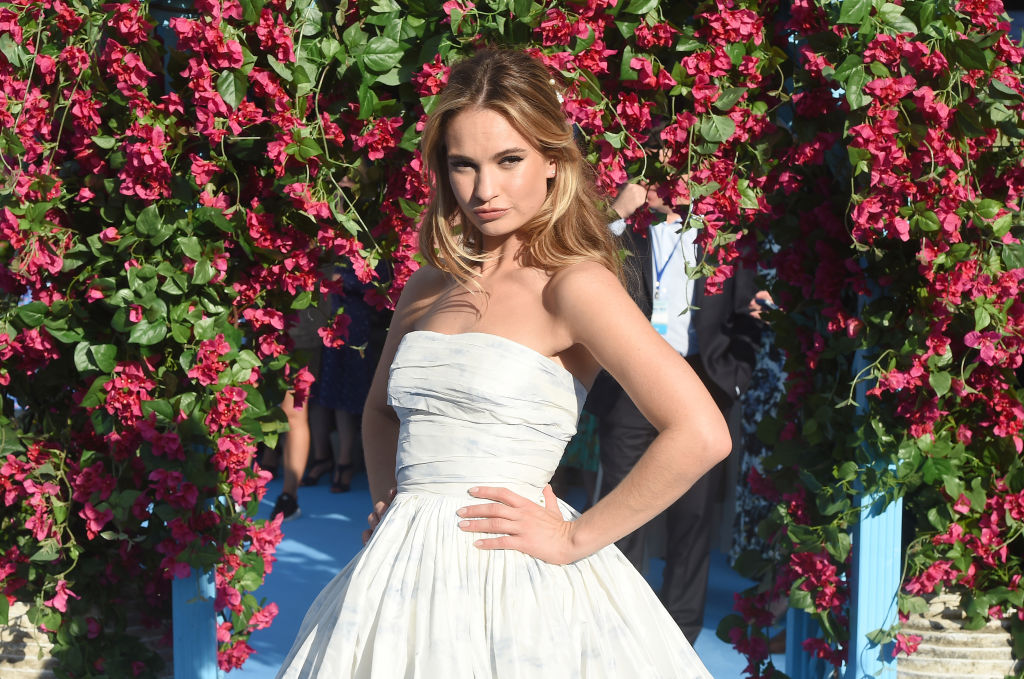 Is it a coincidence or Lily James is ashamed to face other people and be put on the spot after being spotted canoodling with married co-star Dominic West?

According to reports, Lily James made a last-minute cancellation of her supposed appearance at the "Today" show after photos of her, and the 51-year-old actor emerged on social media.

The "Cinderella" star is supposed to appear live during the third hour of the hit NBC show on Monday to promote her new Netflix drama "Rebecca." She is supposed to guest with co-star Armie Hammer.

But a source told "Page Six" that both actresses had canceled their TV show appearance, without citing any reason. The insider said that James pulled out from the line up of guests over the weekend.

The lead star of the Daphne du Maurier's novel adaptation is also set to appear on "The Tonight Show Starring Jimmy Fallon" on Thursday, as part of her week-long promotion. However, it is still unknown if she will also ditch the said program.

It could be recalled that over the weekend, the co-stars went on a two-day Rome holiday where they were photographed getting extra sweet and touchy with each other. A witness claims that West was all over the young actress and could not resist not to stroke and kiss her neck.

"They then visited the nearby church, the Chiesa di Sant'Ignazio, and Dominic placed his hand on Lily's butt," the witness revealed.

On top of that, the duo, who will play father-and-daughter in the new BBC/Amazon show called "The Pursuit of Love," reportedly shared a suite in the Hotel De La Villa, which is said to have a panoramic view of the city.

As soon as Lily James and Dominic West photos went viral on social media and gossip sites, the actor suddenly had an odd outing with his wife, aristocrat, Catherine FitzGerald.

The married couple, who shares four kids, had a sudden public display of affection and kissed in front of the camera outside their home.

The couple also handed a written note to the photographers to prove that the recent paparazzi photos with James did not affect their relationship.

"Our marriage is strong, and we're very much still together," the note reads.

Despite the assurance, eagle-eyed critics noticed that West is not wearing his wedding ring, while his 49-year-old wife hides her left hand in her pocket.

Dominic West and wife Catherine Fitzgerald addressed reporters outside their home today by speaking to them and handing out pieces of paper saying: “We just want to say our marriage is strong and we are very much still together.” pic.twitter.com/f1gomwise8 — Film Updates (@FilmUpdates) October 13, 2020

West's wife is a member of an Irish royal and aristocracy dynasty. Catherine FitzGerald is a landscape designer and gardener who has worked on high-profile projects like the Hillborough Castle and Holland Park Avenue.

She was previously married to Edward Lambton, Viscount Lambton, in 1995 but eventually divorced in 2002. West and FitzGerald first met at Trinity College in Dublin and rekindled their romance after being apart.

The couple tied the knot on June 26, 2010, in a Catholic ceremony at the Church of Immaculate Conception in Limerick.