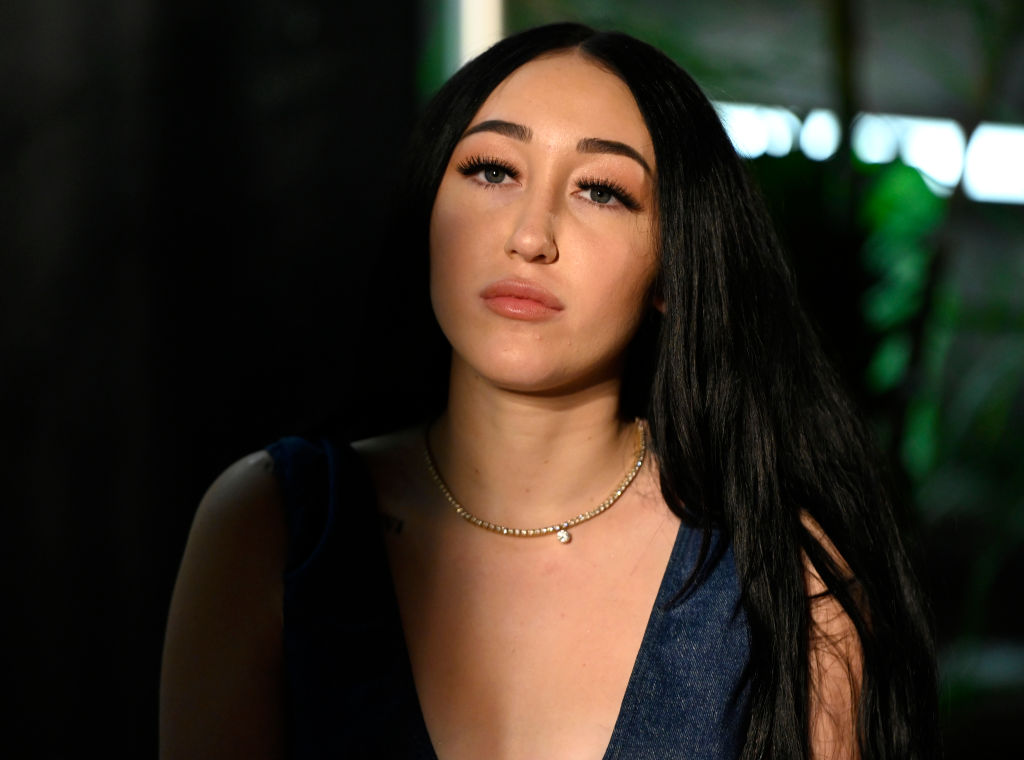 Noah Cyrus lashed out at online trolls who criticized her outfit during the 2020 CMT Music Awards.

Miley Cyrus' younger sister made the headlines after she appeared on stage alongside Jimmie Allen as they performed their new track "This Is Us."

The 20-year-old songstress wowed the crowd with her barely-there see-through bodysuit, with embellished rhinestones strategically placed to make it look as if she was wearing a two-piece string bikini.

She finishes off her look with thigh-high white boots, long white gloves, and a bedazzled white cowboy hat.

Her big sister even made a shout-out via Twitter and expressed how proud she is of Noah.

"@noahcyrus sanggggg the house down last night! Proudest big sister ever. I love u soooo much."

Although the audience were left stunned with her powerful performance, the Nashville native received a ton of criticisms online over her risque outfit.

"Seems like she has no respect for herself..very inappropriate for the CMT awards. Maybe she should have went to the hip hop awards," a critic wrote.

One user left a bold statement and called the singer an "exhibitionist" and labeled her family as "dysfunctional."

"Nothing shocks me anymore. These people are "exhibitionists". They come from fractured, dysfunctional families. What's next after this? Sex with a tree on stage? As for CMT...they've forgotten their roots!"

On the other hand, an individual accused the younger Cyrus of dressing up in a provocative outfit to compensate for her lack of talent.

"She must feel she has to dress like this to make up for her lack of singing ability. Terrible!"

Interestingly, Noah Cyrus knew exactly how to deal with haters as she clapped back at the online trolls with a savage response.

The "Stay Together" singer directly replied to bashers and wrote, "Honey, your granddaughter will wear that someday."

Meanwhile, one fan subtly aimed at the singer-songwriter and advised her to dress appropriately.

"Loved the song, but girl, you need to put some clothes on. Not a good choice," a fan tweed, to which she responded, "my body my choice, bitch."

With Noah Cyrus clapping back at haters, another individual pointed out that it's not the proper way to deal with criticisms.

"With all due respect @noahcyrus you did an awesome performance & you're correct that only you can make the choice of what you wear. Proud of you for that. However, allowing your anger to show publicly will hurt you more than anything."

Despite the backlash, fans also expressed their love and support for the young singer.

"You are beautiful no matter what people http://say.like you said, it's your body your choice. I love you no matter what you wear. It's you. Love you follow your dreams follow your heart," a fan wrote, while the other one explained that figure skaters usually wore that kind of bodysuit.

"Her outfit is no different than what figure skaters wear."

Aside from her, older sister Miley is no stranger when it comes to being mocked over her risque outfit.

Recently, the "Party in the USA" hitmaker became a trending topic online after walking the red carpet with a see-through embellished tube dress under her black bra and underwear.

The 27-year-old singer appeared unbothered as she walked on the red carpet for the 2020 Video Music Awards.