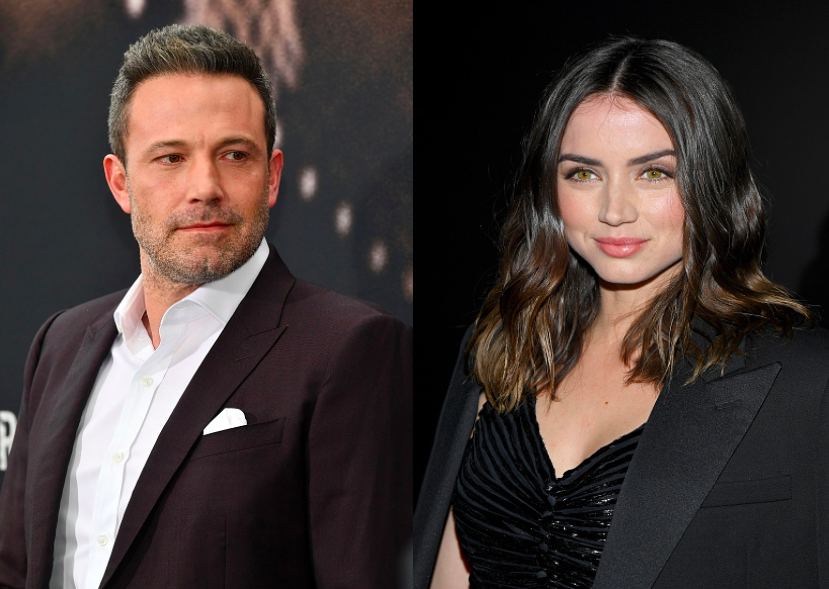 Ben Affleck is not happy that his girlfriend, Ana de Armas, is kissing other guys.

According to Woman's Day, the 48-year-old Hollywood actor experienced one of the downsides of dating a younger woman.

Affleck saw photos of de Armas getting up close and personal to a man who is close to her age.

32-year-old Cuban actress was pictured frolicking and soaking wet in a photoshoot at the beach in early October with a handsome, tuxedo-clad man.

Though the "Batman v Superman" star knows that it is part of his girlfriend's job, a source told Woman's Day that "it stung a little bit."

"Ben's only human, and seeing another guy with his paws all over his girlfriend is never easy."

They added, "Especially when it comes to Ana, what they have is still fairly new. And she is almost 20 years his junior."

Though Affleck still has a "somewhat healthy ego," the source believes that the past few years of trying to beat his addiction to alcohol have taken a toll on his self-esteem.

"He worries that Ana will leave him - her star is on the rise, and men much younger than him would die to date her," the source added.

Ben Affleck is not only jealous of the men coming close to Ana de Armas but also with men who come near his ex-wife Jennifer Garner.

In August, Jennifer Garner and Bradley Cooper were spotted in Malibu Beach for an afternoon rendezvous with his son.

According to an insider who spoke to Star, the "Daredevil" star feels a sting of jealousy at the thought of Cooper hooking up with the "13 Going On 30" actress.

"He was always a little jealous of Jen and Bradley's connection during their 'Alias' time together."

They explained, "So he's not exactly applauding this."

Affleck is reportedly going to observe the situation, but he's fully aware that he's in no position to judge Garner and Cooper.

"There's nothing he can say. Because Jen's been so cool about his love affair with Ana."

Wedding Bells for Ben and Ana?

Despite just officially dating in March early this year, Ben Affleck and Ana de Armas are reportedly wanting to take their relationship to the next level.

"He's gearing up to propose in an exotic location and wants to hold a huge, star-studded wedding next summer," an insider told the National Enquirer.

"Make no mistake, this is a brand-new start for Ben, and he's determined nothing will get in his way."

Meanwhile, Affleck's ex-wife Jennifer Garner is said to be pleased to see her then-troubled husband happy.

However, she thinks that Affleck and de Armas are "rushing into this too quickly."

The insider revealed, "He appreciates Jen's concern but believes that it's time for everyone - even her - let him get on with his life and stop meddling with his decisions."

Ben Affleck and Ana de Armas are happy in their relationship wherever they are. There's no confirmation that Affleck is ready to marry the "Knives Out" star just after seven months of dating.

There's also nothing going on with Jennifer Garner and Bradley Cooper. Though they are both single, their friendship is fantastic.