Early this year, Cole Sprouse confirmed that he and Lili Reinhart broke up after three years.

But It looks like Cole has moved on from on-again, off-again girlfriend and co-star.

He was spotted packing on the PDA with model and rumored girlfriend, Reina Silva.

On Sunday, the rumored couple went out for a dinner date in Vancouver for her birthday.

The former Disney Channel child star was seen wearing a leather jacket and a red cap as he greeted his new muse with a hug and a kiss on the cheek.

Reina seemed to have celebrated her birthday as she reposted birthday tributes from her friends and family on Instagram. There was also a photo of a pig-shaped cake from their dinner.

While Cole was MIA from the Instagram photos, she enjoyed birthday brunch with a friend was posted a mirror selfie.

Early this month, Cole took photos of Reina in front of an old church. The Canada-based model was decked up as a milkmaid.

In the "Suite Life" actor's free time, he keeps himself busy as a photographer. He is often seen taking pictures of his famous pals, including 24-year-old Lili, when they were still together.

In March, Cole Sprouse posted a breathtaking picture of his "Riverdale" co-star Lili confirming they had parted ways in early 2020.

He posted, "Lili and I initially separated in January of this year, deciding to more permanently split in March."

The "6 Feet Apart" star continued to have an incredible experience in their relationship and felt that he was lucky and would cherish each moment.

"I wish her nothing but the utmost love and happiness moving forward," Cole added.

He even promoted Lili Reinhart's movie "Chemical Hearts" and complimented her talent.

The blonde beauty expressed that her past few months have been the "most emotional" of her entire life.

Lili also mentioned that she used her vulnerability in filling up her book of poems called "Swimming Lessons."

However, after the interview was published, many social media users blamed Cole for her depression.

Lili tweeted in August, "Quotes taken from my most recent interview are not about a 'breakup.' They are about the depression I've felt over these last few months. Tired of people taking my words out of context and piecing together their own story for clickbait."

She added that she would never speak candidly about something personal as "it's incredibly private."

The former couple remained quiet about their relationship, which began in July 2017 after meeting on the "Riverdale" set. 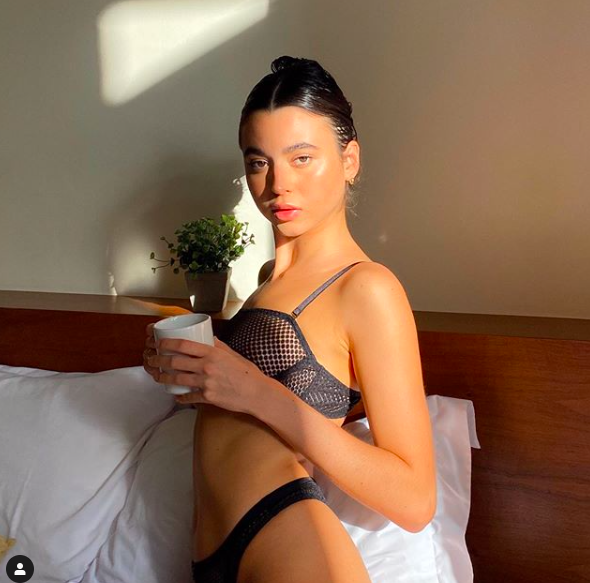 Who Is Reina Silva?

Little is known about the 22-year-old.

Reina Silva is a model and a person with a strong social media presence. She has over 89.8k followers on Instagram.

She also previously started a YouTube channel in January 2020. There are currently no videos of her on her YouTube.

Reina just simply posts pictures of her from fashion photoshoots and enjoys flaunting her toned physique in sexy bikinis.

Neither she nor Cole Sprouse has confirmed that they're dating.

Tags: Cole Sprouse Lili Reinhart cole sprouse lili reinhart reina silva
© 2021 EnStars.com All rights reserved. Do not reproduce without permission.
Most Popular
You May Also Like

Child actor and "Riverdale" star Cole Sprouse posted on his Instagram story calling his fans' insane' for going after his girlfriend, Ari Fournier.

'Riverdale' season 5 is set to return in a few weeks after four months of hiatus. What can we expect in the following episodes?

Cole Sprouse reveals her new girlfriend, Ari Fournier, through an Instagram post and the actor says that he's 'pissing off' his fans.

Ahead of the release of its Episode 4, "Riverdale" Season 5 is set to make the time jump more touching--and shocking--than ever.

Cole Sprouse took a trip down memory lane as he recalled his childhood crush on Jennifer Aniston.

Lili Reinhart is to be back on the set of "Riverdale," along with Cole Sprouse, KJ Apa, Camila Mendes and more, months after production halted because of the spread of the coronavirus.

Months after Cole Sprouse and Lili Reinhart decided to part ways for real, the "Riverdale" actor finally set the record straight and opened up about their heart-wrenching breakup.

Lili Reinhart is still not feeling better months after she and Cole Sprouse broke up.