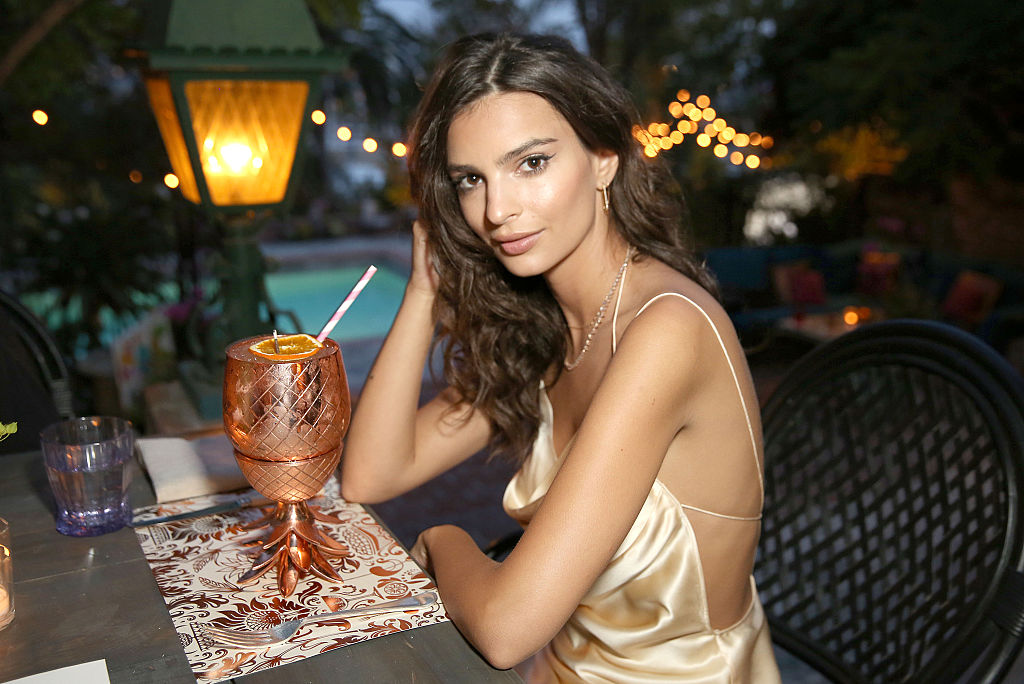 Emily Ratajkowski has her own creative way to deliver her awesome baby news.

Things get more exciting for Ratajkowski this year as she declared through an essay that she is already pregnant.

Ratajkowski unleashed her creative side by writing an article about her unborn child's gender and identity for Vogue.

The magazine published the piece with a Lena Dunham-directed short film.

In the video, the 29-year-old model narrated how she dreamed of her child for the first time nights before they shot the movie.

"We are waiting for you, wondering who you will be," she said.

Meanwhile, she expounded her curiosity more in her essay.

She and her husband Sebastian Bear-McClard reportedly told their friends they need to wait for years to have a definite answer.

"We won't know the gender until our child is 18 and that they'll let us know then," the model said before clarifying that they do not have a preference regarding the baby's gender.

Moreover, she tackled the system of race, power, and gender, which their child will face soon.

If the baby is a girl, the model believes that she may have the same "subconscious and internalized misogyny" the model had before.

But if the baby is a boy, she noted that it will become challenging to teach him "about their position of power in the world" as a white man.

"And yet I realize that while I may hope my child can determine their own place in the world, they will, no matter what, be faced with the undeniable constraints and constructions of gender before they can speak or, hell, even be born," she went on.

Elsewhere in the essay, Emily Ratajkowski referred to her experience as a lonely journey to tread on.

According to the model, she has a loving husband and female friends whom she can count on. However, she feels like she is alone in the experience as no one else is there to feel the pain with her.

She then imagined how painful it would be to carry their baby.

"My husband has no physical symptoms in 'our' pregnancy, another reminder of how different a woman and man's experience of life can be," she added.

Despite the mixed feelings, the model followed her heartwarming essay with a nude snap that set pulses racing.

"20 weeks," Ratajkowski captioned the photo. "getting to know my new body."

In the full-length mirror snap, she can be seen wearing nothing but socks and gold earrings. She then posed in a sexy maternity style while covering her breasts with one hand.

Her fans took the chance to congratulate the couple and send them good luck messages. Some even joked that they have the same body but without a baby.

One fan said, "I love how Emiliy pregnant, looks like me after breakfast lol."

"This is what I look like after eating a large pizza myself," another one wrote.