Is love-hungry Katie Holmes always picking up the tab for her new boyfriend, Emilio Vitolo Jr.?

Though the 41-year-old seemed to be thrilled about having a new man in her life, sources told the National Enquirer that she's also breaking the bank to keep him happy.

It is reported that Katie is paying for whatever and wherever she goes with her 33-year-old Italian chef boyfriend because it helps her feel like she's in full control of their relationship.

Tipsters dished to the outlet, "Paying for everything gives her a sense of empowerment and boosts her confidence."

Sources close to the couple dished to the Enquirer that they're concerned Katie's toy-boy is taking advantage of her generosity.

"Katie's been showering him with designer clothes and jewelry and even paying for a personal trainer to whip him into shape."

They added that Emilio doesn't even offer to pay the tip when they dine outside. He also usually orders the most expensive food on the menu with the "Dawson Creek" star's "encouragement." 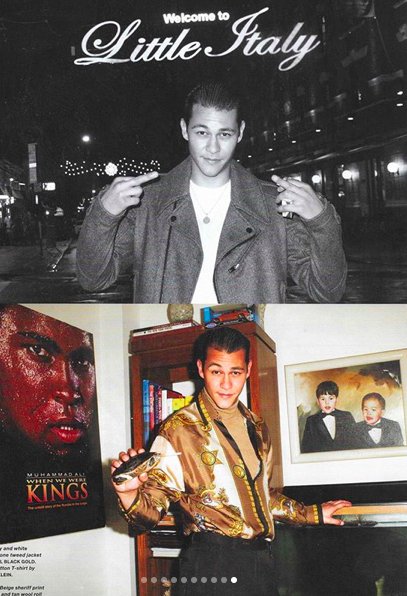 Insiders revealed that Katie Holmes enjoys giving her man things he can appreciate because he has reportedly made her so happy.

However, being happy also means drowning all the money she has worked up and saved.

"It's not like he doesn't have any money. He should be paying his way, at least," the source added.

Tipsters told the outlet that Emilio Vitolo Jr. has a net worth of $1.5 million, thanks to his New York City old-school eatery, Emilio's Ballato - a celebrity-favorite restaurant.

Sources also said that the mooching man already showed his selfish side when he dumped his former fiancé, Rachel Emmons, via text message, just after photos of him and Katie were blasted all over the news.

Following Katie's split with A-list actor Jamie Foxx in 2019 and her failed marriage to Tom Cruise for six years, the actress is said to be happy that she's found a new romance and is going overboard show it.

"People are happy she's finally found a man she believes she can trust, but they're also too concerned she's trying too hard to make him happy."

The source added no one wants to see the "President's Daughter" actress get hurt once again. 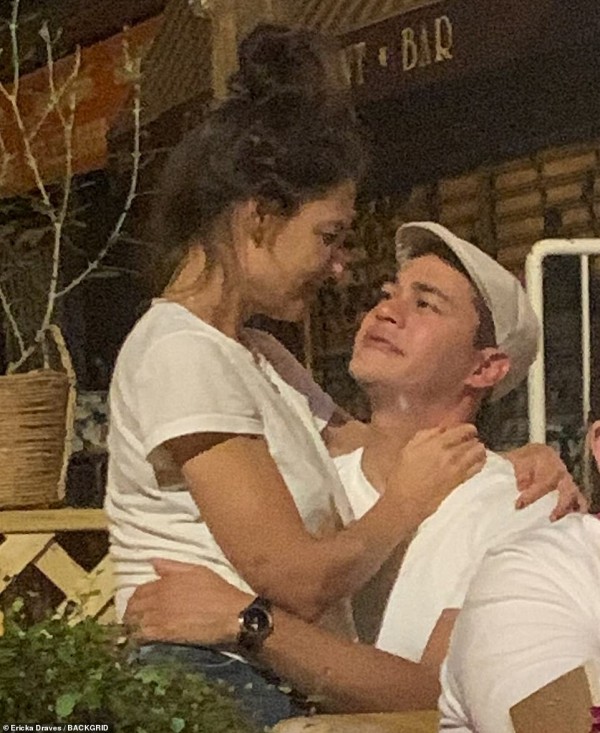 The Next Level With New Beau

Katie Holmes and Emilio Vitolo Jr. first stepped outside together in September and have barely left each other's sides since then.

They have been PDA-ing their relationship all the way through New York City, snapped holding hands, getting on the subway, wearing matching outfits, and haven't been shy of kissing in the curbside once, twice or a million times.

Her relationship with the chef is said to be very different from Jamie Foxx, who was shrouded in secrecy.

A source told Us Weekly, "She is happy she can be free and comfortable with her relationship with Emilio and doesn't need for it to be private."

However, the actress's friends are still worried that she's moving too quickly in her new romance.

There have already been whispers that she's walking down the aisle with her younger boyfriend.

A source told Heat, "In her mind, they're two kindred spirits who are destined to be together."

However, it is best to take these outlet's reports with a grain of salt.

There's no proof that Emilio Vitolo Jr. is on Katie Holmes' payroll. There's also no confirmation that they are ready to take their relationship to the next level.

As fans want to see the cast of 'Dawson's Creek' to reunite again, Joshua Jackson seems to oppose to a possible reunion.

Katie Holmes and Nicole Kidman have formed a friendship due to their previous connection with ex-husband Tom Cruise.

Who says ignoring the ex, even if he deserves some congratulatory, heartfelt messages, should be the norm? Katie Holmes certainly does not care about this rule if it is one.

After news of Meghan Markle reportedly considering a silent birth on the arrival of the baby girl she'll be sharing with Prince Harry, we are taking a look back at other celebrities who used that kind of way in welcoming their newborn.

Katie Holmes and her boyfriend Emilio Vitolo Jr. had officially broken up according to the actress's spokesperson.

Katie Holmes' boyfriend, Emilio Vitolo, gets extra sweet for the actress on her birthday.

Honeymoon Stage Over: Katie Holmes Wants to Spend the Holidays Away from Emilio Vitolo?

Katie Holmes and her new boyfriend Emilio Vitolo Jr. need to decide ASAP if they want to spend the holidays together or not.

Does Katie Holmes Plan To Marry Emilio Vitolio? The TRUTH

Katie Holmes is being treated as she deserves by her new boyfriend Emilio Vitolio. The actress is so smitten that she allegedly could see him being with her forever.