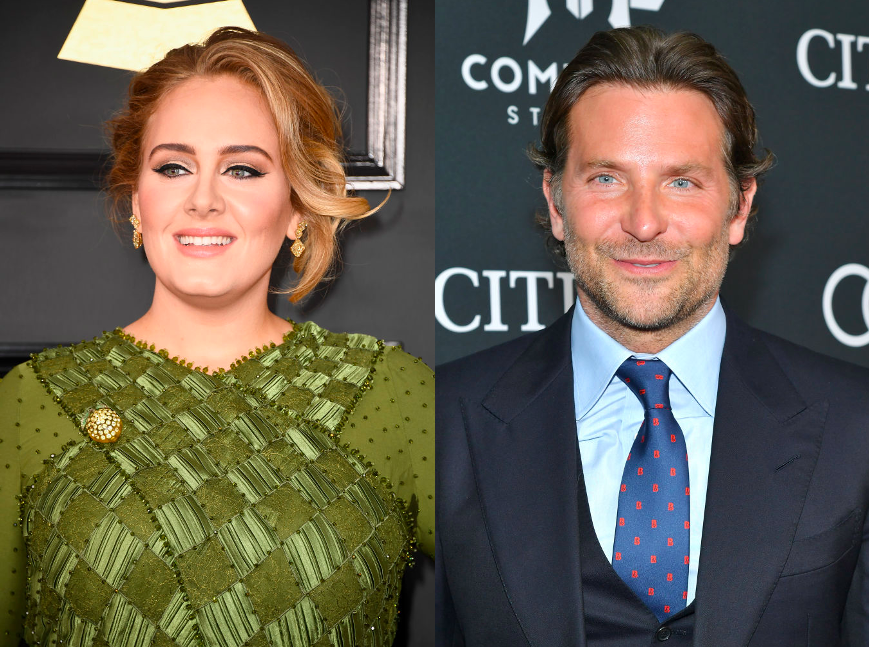 Is Adele and Bradley Cooper developing a hot new romance after being introduced by Lady Gaga?

According to New Idea, the two now-single parents are hitting it off after dealing with their recent breakups.

Even if the British songstress has dated a few high-profile men, an insider claimed that she always had her eyes set on the "Silver Linings Playbook" actor.

The outlet claims that the "Someone Like You" singer's incredible weight-loss and extreme makeover gave her the confidence she needed to find herself a new romance.

The pair were introduced to each other by Lady Gaga. Adele reportedly found a kindred spirit in Bradley.

New Idea described the "Rolling in the Deep" hitmaker as single and ready to mingle with Hollywood friends, including Bradley Cooper.

The outlet also noted that "The Hangover" actor might be the person the award-winning singer is looking for.

What About Brad Pitt?

In August, New Idea also claimed that Adele's new transformation had gained her a string of male admirers, including Brad Pitt.

A source told the outlet that the singer has been "putting herself out there" to finally find a man after her split from husband Simon Konecki last year.

They added that the 56-year-old was "fascinated" with Adele's sense of humor.

Not only did the "Ad Astra" star think that she is beautiful, but "she has him in stitches of laughter whenever they hang out or chat on the phone."

Brad is reportedly hoping that "they have a real shot," but the "Set Fire to the Rain" wasn't clear with what she wanted from the Hollywood actor.

But What Happened to Prince Harry?

Months ago, it was also claimed that Adele and the Duke of Sussex, Prince Harry, were secretly hanging out after he and his wife, Meghan Markle, moved to the US.

The 36-year-old Prince said he struggled to cope with his new life away from his motherland, but Adele was "luckily" there to support him.

As per their insider, Prince Harry and Adele had drinking sessions together to talk about their struggles in their lives.

It was also said that the "Hello" singer encouraged his royal friend to get the professional help he needed because she reportedly understands the Prince's struggles to be away from the UK.

The pair were hanging out because Meghan Markle was said to be "too busy" for her husband, as she allegedly was busy finding her "next big break."

The insider further claimed that the dad-of-one sneaked out of their home for weeks to meet with his British singer friend and was later caught by the Duchess of Sussex.

It is unclear where the outlet's claims about Adele's romantic life came from.

But New Idea is known for making questionable claims about Adele ever since she emerged from the spotlight with an amazing weight loss transformation.

In fact, in a recent "Saturday Night Live" appearance, Adele took to her Instagram to say that,"I'm going to my cave now to be the (single) cat lady that I am."

It was also obvious that she took a slight dig at rumors that she was dating Skepta, but it's all just rumors until the Grammy winner says something about it.