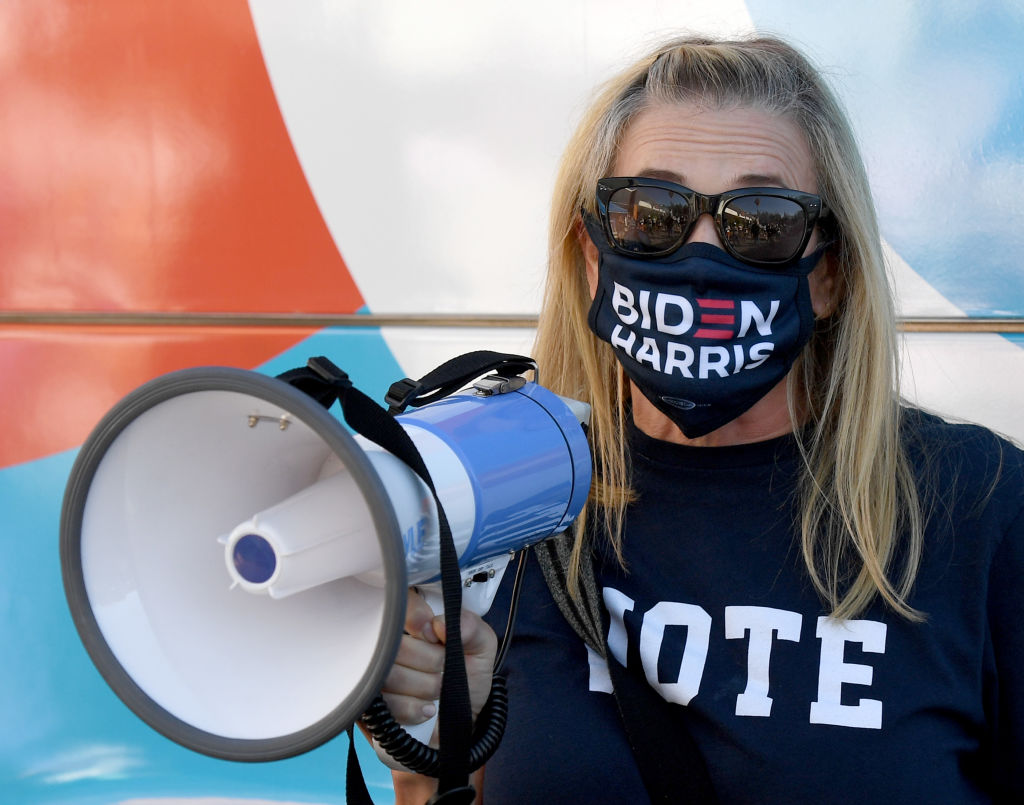 Celebrities are amplifying their efforts to encourage the public to participate in the US presidential election.

As a result, Hollywood stars are using their social media platforms to urge followers to vote between President Donald Trump and Democratic presidential candidate and former Vice President Joe Biden.

However, to engage more fans, some stars have taken things to the extreme with over the top voting PSAs and selfies.

With that said, here are the top five bizarre celebrity snaps during the US Presidential election.

Katy Perry as "I Voted" Sticker

The new mom makes her last minute contribution as she hits the street dressed up as a giant "I Voted" sticker.

Katy Perry reminds her fellow Americans to exercise their right to vote as she dons in a beige knitted long dress and dark brown sandals with her eye-catching voting paraphernalia.

She took to Instagram as she posted a clip alongside a caption from her song "Not The End Of The World.

"The Underworld" star surprised 4.4 million followers with her sexy take to encourage fans to vote in the US presidential elections.

Kate Beckinsale strips down as she wears a custom made bandeau top that says "VOTE."

Over her Instagram, she joked that the person seen in the background of her photo is the "ghost of Whistler's mother."

"Turns out the ghost of Whistler's mother was there the whole time - who, on top of having produced such a fine American artist son (despite his being primarily based in the UK), crossed the Atlantic herself 11 times and lived in both Russia and London -is also clearly observing social distancing from beyond the grave," her caption reads.

Another risque voting PSA is from comedian and activist Chelsea Handler, who stunned fans with her topless Instagram clip.

Making sure that she gets her followers' attention, the blonde beauty posed in an almost nude photo wearing nothing but two "I Voted" stickers covering her nipples.

In her video, she is proud to say that she has voted and encourages the public to do the same.

90s pop star Christina Aguilera expressed her sentiments amid the presidential elections as she tweeted a throwback photo of herself way back in 2019 wearing a high fashion gown alongside an empowering message.

Multi-award-winning actress Glenn Close opted for a timely character to portray for this year's Halloween.

The "101 Dalmation" star looked unrecognizable as she dressed up as Donald Trump, complete with messy blonde hair, oversized black blazer, and props from a fast food chain.