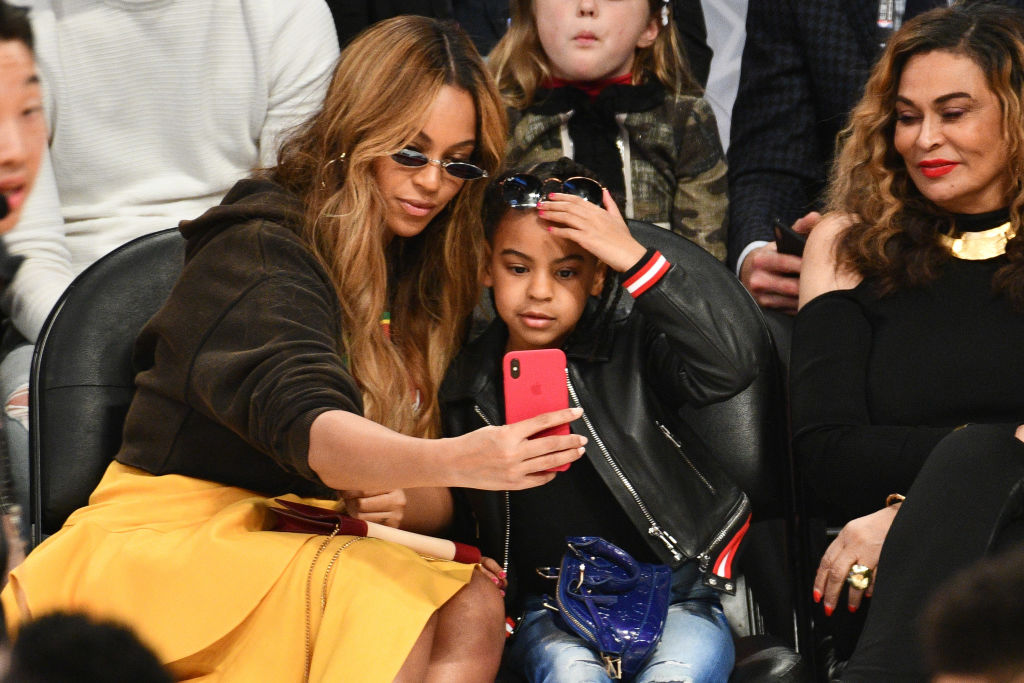 Born to the biggest names in the music industry, Beyonce and Jay-Z's eldest child, Blue Ivy is making a name for herself in the entertainment scene at a tender age.

Now, the eight-year-old heir to the Carter's has a lot of achievements compared to most of the grown-ups.

In addition, she has been named as the second wealthiest celebrity children next to Prince Moulay Hassan of Morocco with a net worth of over $1 million and Brad Pitt and Angelina Jolie's six kids with an estimate of almost $400,000.

Moreover, it appears that Blue Ivy is destined to be in the spotlight.

With that said, here are three signs that she might be as iconic as her multi-award-winning parents.

From strolling around L.A with her mom and dad, from extravagant Halloween costumes and red carpet looks, Blue Ivy, is definitely serving us fierce!

Last year, fans were stunned as the "Love on Top" hitmaker took the mother and daughter tandem on a different level.

During the premiere of the former Destiny's Child lead, in her movie "The Lion King," Queen Bey and the eight-year-old Blue arrived in co-ordinating statement outfits.

The 39-year-old legendary singer donned a custom-made Alexander McQueen embellished covered suit with a sheer flowy skirt, while the power couple's eldest child walked the red carpet black suit and sheer, just like her momma with crystal details at the top part.

British singer and actress Rita Ora previously raved about how she badly wanted to climb inside Blue Ivy's wardrobe.

"I'd definitely want to raid Blue Ivy's wardrobe more than Beyoncé's. It is probably like bigger than both of their wardrobes put together. That's the wardrobe I wanna be in!" she told Marie Claire.

At a young age, Beyonce and Jay-Z's daughter seemed to know what her passion was and what her future holds.

In June, Blue Ivy won her first BET Award for the song "Brown Skin Girl" alongside her famous mother, WizKid and Saint John.

Through the collaboration's success, she has been recognized as the youngest recipient of the BET Awards.

Aside from this, she also won 2019 Soul Train Music Awards and 2020 NAACP Image Award for Outstanding Duo or Group for the same song.

Blue is definitely taking the music industry by storm.

"blue ivy's voice is so soothing omg," one user wrote.

Singer and tv personality Gabrielle Union also took to Twitter as she penned her support for Beyonce's daughter.

"This is the gift that just keeps on giving!! Being able to hear Blue Ivy give voice to this masterful story is so awesome. They try to bury us, not knowing we are seeds of strength and beauty. LOVE! #Hairlove."

With her talent, it's no surprise that she will dominate the entertainment industry and might be a bigger star than Beyonce and Jay-Z.