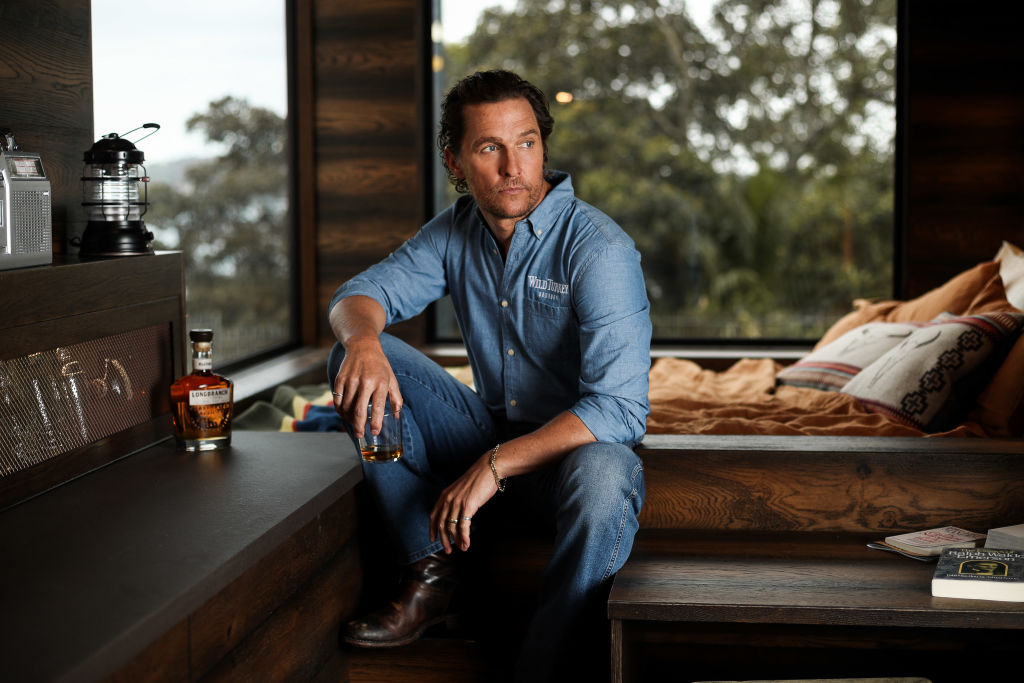 No toxic male ego at play here. Matthew McConaughey was not surprised to hear nor hurt that his former co-star Kate Hudson did not like their on-screen kisses that much.

Hudson got really honest to pal Gwyneth Paltrow last month on an episode of the "Goop" podcast that each time she and Matthew was supposed to kiss, something would happen to make sure a great kiss was impossible.

She recounted a key kissing scene in their 2008 rom-com caper "Fool's Gold," and shared that instead of being great, something happened to make sure the kiss turned gross.

"Like when we were kissing in the end of Fool's Gold, we're in the ocean, we like had the plane crash - he just had snot all over his face," Hudson recalled.

In a new interview with Yahoo Entertainment, McConaughey reacted to this all-out sharing by his former co-star.

First of all, he did not throw a fit. Instead, he agrees their that their kissing scene in "Fool's Gold" was quite the disaster that Kate described it was.

He blames the whole thing however, to circumstances.

"It's like, 'OK, here's the scene: You've just jumped from the helicopter. You're in the middle of the ocean. You go under the water, so on action, go into the water and then come up out of the water like you're gasping for air," McConaughey shared, imitating a crew member.

It's just not the perfect time for a kiss, but they had to.

So the outcome was naturally quite yucky.

"Well, there's a lot of salt water and snot and all kinds of stuff that are in between those, and so you're doing that and you're like, OK, I think that worked, but did that look any good?" McConaughey explained. "[They're] like, no, we better do another take. So there were always, like, elements that made it harder... We never got to have our nice romantic kiss, yeah," he furthered.

Matthew even thrown in the fact that apart from "Fool's Gold," he and Kate had akward kissing scenes in another movie.

It can be remembered that back in 2003, they co-starred in "How to Lose a Guy in 10 Days"  In that one, the awkwardness was already felt, the actor admitted jokingly.

In another interview, Matthew was more solemn and serious, since the topic was him not being able to speak to his mom for a total of 8 years.

Appearing on Facebook Watch's popular show Red Table Talk to promote his book, "Greenlights", with his 88-year-old mother in their first ever joint-interview, the two got quite raw talking about the fight they had, causing them not to mind each other for years.

Allegedly, this rift was caused by the Oscar winner's fame - and his mother's alleged attachment to this. Matthew admitted that it did not bode well with him.

"As soon as I got 'famous' after [1996's] A Time to Kill, I started to have my weekly Sunday call home to call my mother," the actor revealed to the hosts Jada Pinkett Smith, Willow Smith and Adrienne Banfield Norris, as reported by People magazine. But instead of his mom, he felt like he was talking to a fan who just wanted him to be famous and all that.

He said he was personally grappling with fame and privacy and yet his mom seemed to have overlooked that fact. But what triggered his anger was the fact that his mom let the tabloid news show "Hard Copy" into their home, even to his bedroom. The actor admitted to telling his mom that "loose lips" will just lead to sunk ships.

However, they were able to patch things up in 2004. The mom told the show's hosts that she was just so proud of his son at the time. In this interview, she would also share how her husband died during sex.