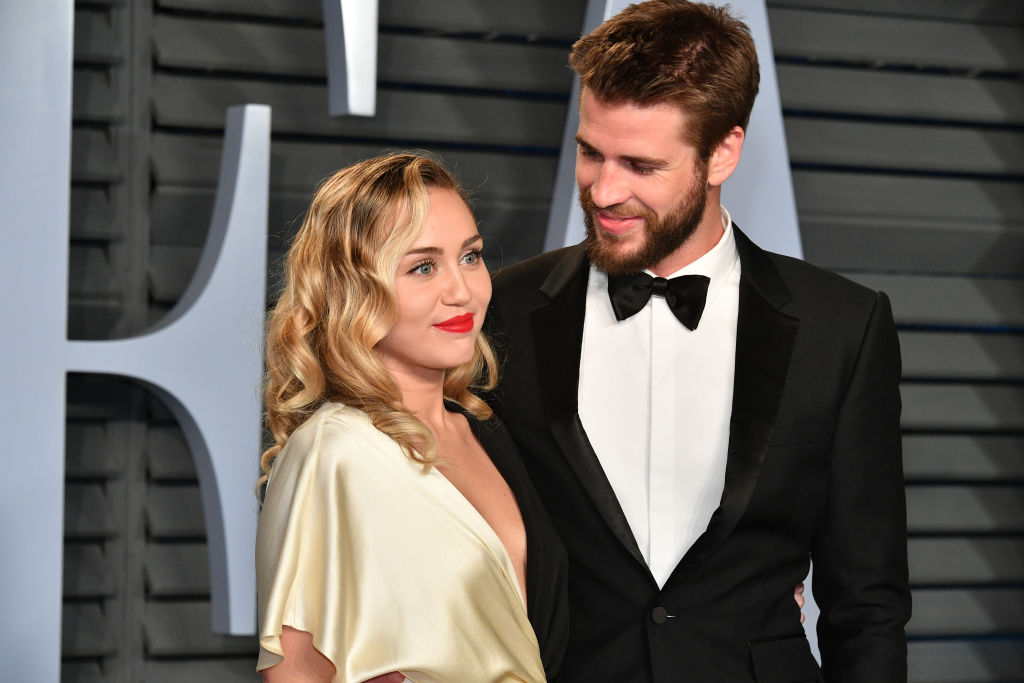 Miley Cyrus made a savage move against her exes, Liam Hemsworth and Cody Simpson.

Over their social media, the duo also shared the news to their army of fans, as they gave a shoutout to their director, Alana O' Herlihy.

"PRISONER @MileyCyrus OUT NOW BIG LOVE TO THE WHOLE GANG WHO HELPED PUT THIS TOGETHER DIRECTED BY ALANA O'HERLIHY + MILEY," Lipa tweeted.

The "Wrecking Ball" hitmaker also echoed the same thought and acknowledged their success with the debut of their latest track.

"THANK U FOR ROCKIN TO #PRISONER & MAKING DAY 1 SUCH A SUCCESS! INFINITE APPRECIATION FOR THE SUPPORT!!! XXXXXXX BTW, I FUCKING LOVE YOU @DUALIPA. THERE'S MORE WHERE THAT CAME FROM! STAY TUNED! WE'RE FULL OF SURPRISES!" she wrote.

In her recent interview with Zane Low's "New Daily Music Radio," the blonde beauty discussed the meaning behind "Prisoners." Cyrus revealed that the track is about feeling "trapped" and trying to "escape" with emotions.

Moreover, she discussed the rapport between her and the "Don't Start Now" songstress, whom she has already worked with in the past.

The "Hannah Montana" star mentioned that there is "no competition" between her and Lipa, making things a lot easier.

Included in her seventh studio album is the song Plastic Hearts, a disco and punk rock-inspired song that features a rebellious persona of the two superstars. In the music video for the song, they were seen partying inside a bus while being covered in what appears to be fake blood and cherries.

However, at the end of the clip, the "Party in the USA" hitmaker included a surprise message for Hemsworth and Simpson, saying: "In loving memory of all my exes. Eat shit."

Cyrus and Hemsworth had an on-again-off-again type of relationship from 2008 until they decided to tie the knot in 2018. Unfortunately, things didn't go as planned after the couple announced their split in 2019 and officially got divorced the following year.

At the time, the former child star opened up about her life after her highly publicized divorce with Liam.

During her appearance on Joe Rogan's podcast, Miley revealed that she was affected by the marriage fallout and how it drastically changed from being lovers to strangers.

"What really sucked about it wasn't the fact that me and someone that I loved realized that we don't love each other the way that we used to anymore; that's OK, I can accept that."

Following her breakup with her "The Last Song" co-star, Cyrus was romantically linked to "The Hills" star Kaitlynn Carter.

In August 2019, the two were photographed locking lips during their vacation in Lake Como; however, a month later, Entertainment Tonight confirmed their split after a source mentioned that they are "no longer together romantically" and have decided to stay friends.

Cyrus then moved on with another Aussie and close friend, Cody Simpson, and began dating in October of the same year.

The couple's whirlwind relationship has been the talk of the town after they kept sharing raunchy Instagram photos. Others thought that their relationship would last, but unfortunately, Miley confirmed their split in August 2020.

Just like her romance with Carter, Cyrus mentioned that she and Simpson have parted ways but remain friends.