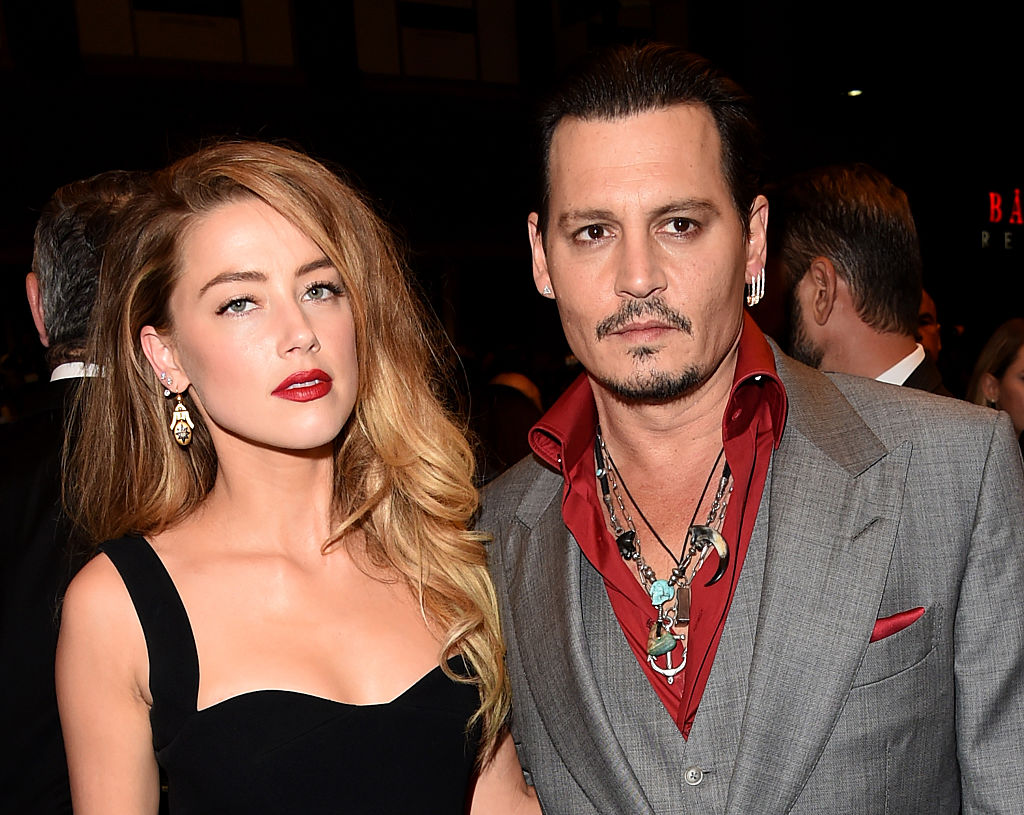 Is Johnny Depp planning to expose his ex-wife, Amber Heard?

According to the National Enquirer's November 30, 2020 issue, Depp is plotting his revenge on his most loathed person on the planet.

The 57-year-old Hollywood hunk plans to write and star in a tell-all movie about his divorce war with the "Aquaman" actress.

A source told the outlet that the "Edward Scissorhands" star has been desperate for redemption after London's High Court ruled that he was physically abusive toward the 34-year-old blonde beauty during the course of their marriage.

Because of the ruling, Johnny Depp was forced to resign from his role for the "Harry Potter" spin-off franchise film series, "Fantastic Beasts," but may still pocket the $10 million paycheck after filming for one day on the third installment.

"Johnny wants to tell the world his version of the marriage," the source squealed.

"Not only will he set people straight about what happened and clear his name to millions of fans, he believes this is a slam dunk once he gets it in front of the right producer."

Depp is also reportedly "more than willing to play himself."

It is still best to take the Enquirer's report with a grain of salt, as there's no evidence to support their claim.

His loss against British tabloid The Sun isn't the end for his courtroom showdowns, as he is ready to take Amber Heard to the stands once again.

Depp is suing his former wife for defamation and wants to get $50 million in damages.

This is in reference to the Washington Post op-ed article Heard wrote in 2018, where she wrote about being a "domestic abuse survivor."

However, several legal and Hollywood experts believe that Depp should just let the defamation case go as it will tarnish his reputation further if he lost once more.

It has been a difficult past couple of years for Depp. Hollywood has reportedly turned their back on this once-royal Hollywood star.

Now, he's facing crippling debt and may also be blacklisted in Tinseltown for good.

According to a Star magazine report, though Depp could still count on some industry colleagues, such as Kate Moss, Wynona Rider, Angelina Jolie, Nicolas Cage, Robert Downey Jr, and Tim Burton, many more are leaving him high and dry.

Some are taking the side of Heard.

Though his loss has not won him many friends, many fans are on Johnny Depp's side. They believe that the "Charlie and the Chocolate Factory" actor is completely innocent and that it's Heard who's lying.

Meanwhile, Heard and her legal team are reportedly getting ready for the hearing, scheduled to take place next year.

"She'll defend herself against his insistence that he never laid a finger on her," an insider told Star.

"She will stop at nothing to enlist every single person who could bear witness on her behalf."

Heard also mocked Depp for claiming that he was the victim of abuse, which prompted Depp to "tell the world and see how many people believe you."