"Jeopardy" king Alex Trebek reportedly died with a grudge and brought it to his grave.

The 80-year-old bravely lost his life after a two-year battle with pancreatic cancer on November 8, 2020.

The pair's feud reportedly started in 2000 when Trebek mocked Philbin's "Who Wants to Be a Millionaire" like a game show for dummies.

According to Globe magazine November 30, 2020 issue, "You have to winder about some of the contestants on that program," Trebek said, who had a degree in Philosophy.

"Jeopardy's money is nowhere comparable, but so what?"

Alex Trebek further reportedly said, "People on our program aren't there for the money. They're there to show off their intellectual prowess."

But Regis, who died on July 25 at the age of 88, was reportedly "hurt by the dig," an insider told the outlet.

When news of their feud was still fresh, Regis reportedly shot back at Trebek, saying, "Trebek talks a good game but face-to-face, if he says anything about 'Millionaire,' I'll just look at him in the eye and say, 'Is that your final answer, Alex?'"

Philbin also reportedly claimed that Trebek would be "quaking in his boots."

Later on, the two hosts have allegedly buried their beef with a phone call.

"Alex was having fun with Regis, and he felt that he took it to a whole new level. He found it embarrassing," the source dished.

"He was a big, burly guy and could have crushed Regis in a fight - but that wasn't his way."

The source further said that "Those wounds never really healed" for Trebek.

However, one should take Globe's report of Trebek's alleged "grudge" against Philbin with a grain of salt. Nobody knows for sure what or how he felt against his rival after years of "feuding." 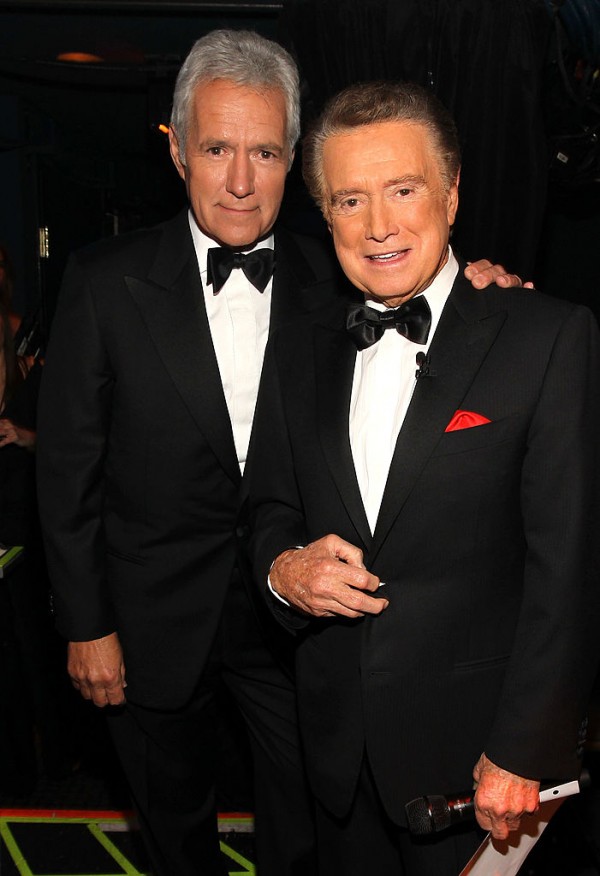 Alex Trebek, who is survived by his wife Jean Currivan and three adult kids, was also courageous until the end battling the deadly stage 4 pancreatic cancer.

In March 2019, Trebek vowed to fight the disease despite the odds were not in his favor.

He joked at that time, "I have to because, under the terms of my contract, I have to host Jeopardy for three more years."

A week after his surgery on October 29, 2020, Trebek returned to shooting again but was already a week. He even reportedly spent two days in filming that could've supposedly finished in just one day.

A few days later, Alex Trebek passed away peacefully at his Los Angeles home as his friends and family surrounded him.

According to the long-running game show, Jeopardy will continue to air 35 of his unseen and recent episodes until December 25, 2020.

In a statement, executive producer Mike Richards called Trebek's drive to work until the end as "the most inspiring demonstration of courage I have ever seen."

Ken Jennings expressed his real feelings as he needed to do something during Alex Trebek's first death anniversary.

"Jeopardy!" is in jeopardy.

Alex Trebek and Art Fleming both hosted the award-winning game show, "Jeopardy!" But there is still one spine-chilling fact that connects the two late hosts.

‘Jeopardy!’ Execs Want Mayim Bialik To Be Full-Time Host, But Do The Fans Want Her?

"Jeopardy!" producers are reportedly trying to negotiate with Mayim Bialik to become the next permanent host after Mike Richards has stepped down in light of the past controversies.

Fans were excited that "Jeopardy!" has finally chosen a permanent host to take the reign from Alex Trebek.

'Jeopardy!' Still Plans To Do THIS With Mike Richards Despite Past Offensive Comments and Resignation

Mike Richards started filming for "Jeopardy!" on Thursday after announcing that he will be taking over Alex Trebek.

"Jeopardy!" is becoming a show that is now full of drama and controversy - significantly different from what everybody once knew.

"Jeopardy!" fans are once again not happy with the guest host - this time, with Joe Buck's performance, whom they say is "annoying" and "terrible."

Fans are incensed. Hot comments from irate "Jeopardy!" fans are circulating on social media in reaction to reports that Richards, 46, is in "advanced discussions" to become the quiz show's regular host.