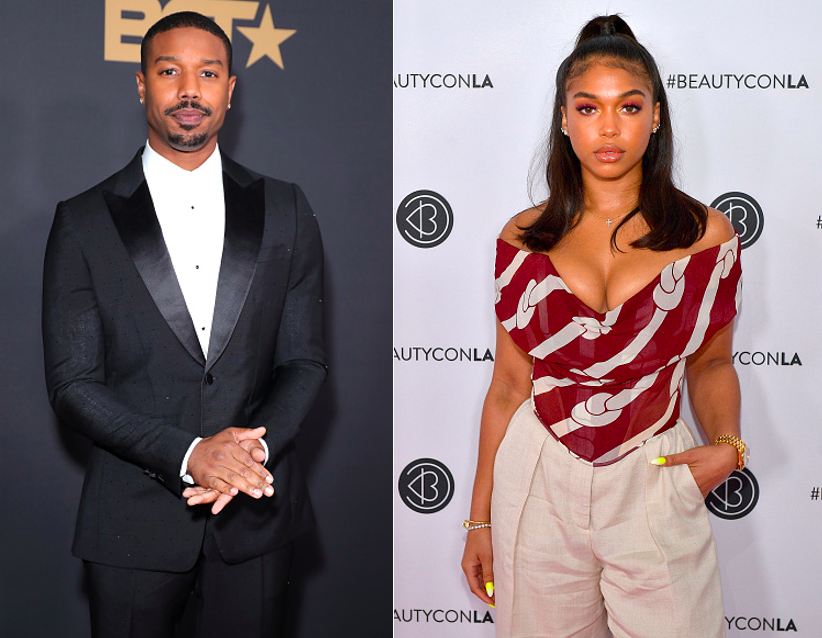 Michael B. Jordan was recently spotted landing in Atlanta, Georgia, with a beautiful young woman.

She definitely made the whole world jealous because recently, Jordan was crowned "Sexiest Man Alive."

In photos obtained by TMZ, Michael B. Jordan was seen disembarking from a jet with Steve Harvey's 23-year-old daughter, Lori Harvey.

The pair's outfits look cozy - Michael B. Jordan and Lori Harvey matching sweatpants and hoodies, but he wore a gray set while she chose brown.

Rather than going out into the terminal, the pair avoided the bustle of the airport.

They also followed COVID-19 safety measures by wearing masks, though it is unknown if they would be attending a large gathering.

News of their outing comes after days Lori's ex-boyfriend Future made it official with his new girlfriend, Dess Dior.

Dess is a 22-year-old aspiring rapper who released an EP titled "Definition of Dess" along with a few singles such as "NO Hook," "Talk to Me," and "Summertime." Some of her music can be found on YouTube, Spotify, Tidal, and Apple Music.

In August, news surfaced that Future and Lori Harvey split after a year of being together.

They unfollowed each other on social media and even deleted pictures of them together on their respective pages.

In a previous report by The Sun, Lori and Future quarantined during the lockdown, but they haven't posted about each other in months.

Future and the TV host's stepdaughter had been dating since at least early this year when they first went public with their relationship.

They showed a lot of sexy pictures and public display when they went on a trip to Jamaica to celebrate Lori's 23rd birthday.

On Valentine's Day, Future even surprised Lori by filling her home with roses before they flew together to Utah for a romantic getaway.

However, it's unclear how they broke up, as neither of them has addressed the breakup reports.

It's also unclear when Future will break up with her younger girlfriend in exchange for another one.

Recently, she dodged jail time after getting herself a plea deal for a hit-and-run case, but it's not going to be until a few years before she gets put behind bars.

According to court officials who spoke to TMZ, the social media influencer appeared before a judge in early November after she cut a deal with prosecutors where she pled no contest to a misdemeanor count of resisting arrest.

Due to that, she only received two years of probation.

In January, prosecutors charged Lori Harvey for her hit-and-run case three months after smashing her G-wagon into another car and even attempted to flee the scene.

At that time in October 2019, Lori was said to have been FaceTiming her famous step-dad while dealing with the police.

TMZ further reported that the car crash was so intense because Lori's car flipped on the driver's side.

Lucky for everyone, nobody was seriously injured.