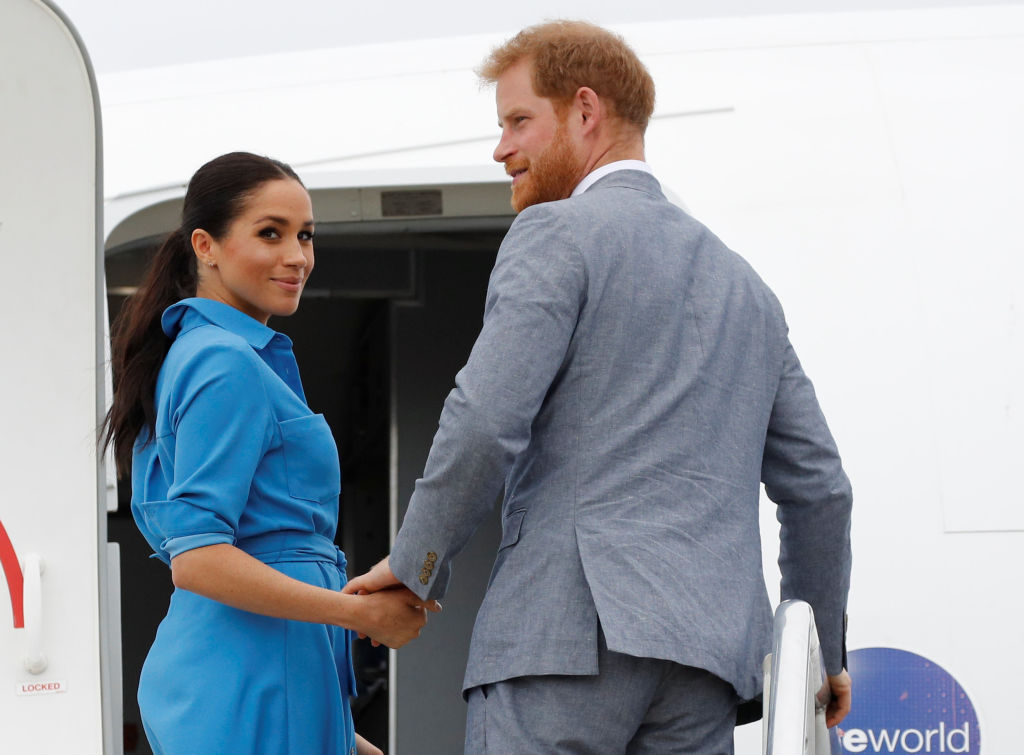 It could be entirely at the end of the line for Prince Harry, Meghan Markle, and their royal titles.

The Duke and Duchess of Sussex shocked the globe when they announced they were stepping down from their senior royal roles in the British monarchy in early 2020.

Despite moving across the globe to completely cut ties with the British royal family, they still had their HRH and Sussex titles.

But almost a year later, the couple's past year will be reviewed, the 12-month transition period, by Queen Elizabeth II, Prince Charles, and Prince William.

According to royal experts, the review could result in an "irreversible exit" from the royal family, which would result in the couple's royal titles being completely stripped.

Dr. Anna Whitelock, the Deputy Head of School of Humanities at Royal Holloway and a royal commentator, spoke to the UK Express and claimed that the summit in March 2021 could "formalize the split" instead of building bridges between the Sussexes and the royal family.

She believes that there will be little to no chance that Prince Harry and Meghan Markle would return to their royal roles and the responsibility of being a senior royal after getting a taste of freedom, lucrative deals, and financial independence in the UK.

The fact that Prince Harry's older brother, Prince William, has also been approached to take the role of his brother's special role, Captain-General of the Royal Marines, only suggests that there is no expectation of a formal return to royal business for the Duke and Duchess of Sussex.

"Instead, it is more likely that the review will focus on the small print of what kind of commercial and media ventures the Sussexes might seek to be involved with and what the Palace might seek to prohibit."

Whitelock further believes that the upcoming review will formalize the split instead of signaling the "beginning of a new rapprochement."

Another royal expert, Robert Lacey, also hinted that the couple's decision to step down would be set in stone come spring.

Speaking to the UK Express, he said that the HRH status and the Sussex titles could be forfeited because they can't stay as working royals.

"The way it is presented at the moment is that they are HRH, but they choose not to use it; it doesn't say they are banned from using it."

According to several royal commentators, the Megxit deal was supposed to leave the door open to their possible return. In particular, Queen Elizabeth II didn't immediately decide that somebody fill the honorary military roles Prince Harry used to hold before having them stripped before his exit.

It was perceived as a silent signal to her grandson that he could still change his mind.

But Prince Harry and Meghan Markle have already made many drastic changes in their lives since moving to the US in April.

This included their multi-year deal with Netflix, which many royal experts believe would focus on the British monarchy.

Though the contract value wasn't revealed, some believe it is worth $174 million.