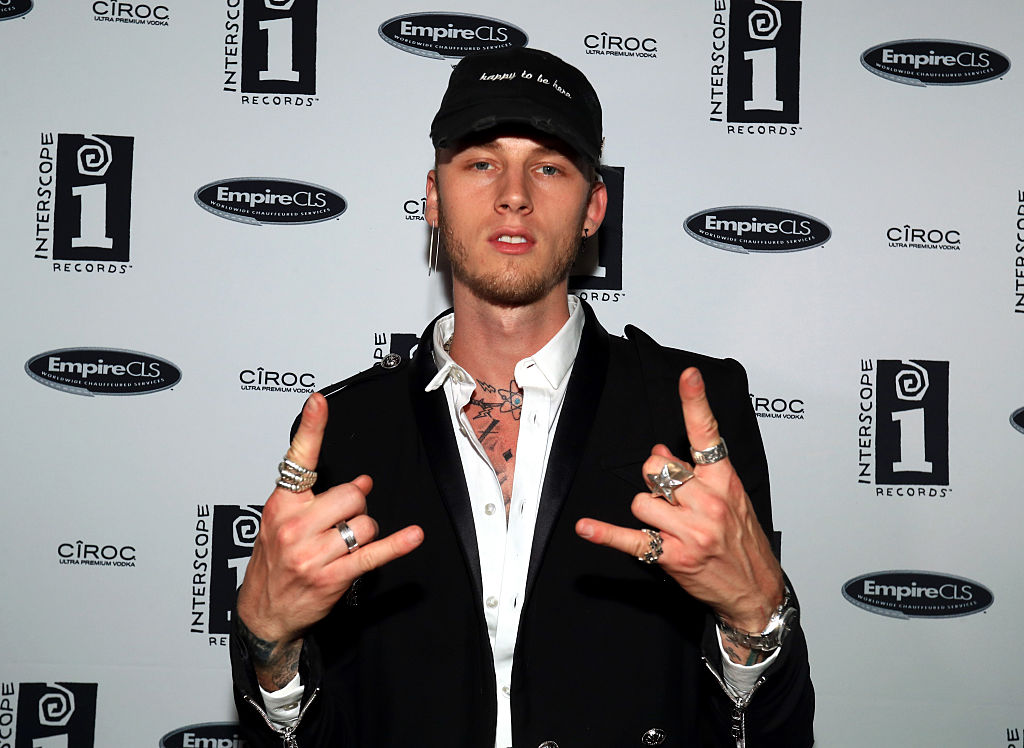 Machine Gun Kelly spoke candidly about his "dark nights" and how Megan Fox has helped him get through it.

In his recent talk with Dave Franco on Interview, MGK sounded hopeful than ever as he revealed that Megan helped him get rid of his drug addiction.

For years, MGK's drug habits have been a huge subject in Hollywood. And it's only when he began dating Megan that everything finally changed.

Franco asked the 30-year-old rapper if he has a mentor who helps him with his mental health. In return, MGK proudly detailed how Megan--being his girlfriend and partner--makes things easier during his "dark nights."

"When you have a partner, mine being Megan [Fox], sitting there with you on those dark nights when you're sweating and not being able to figure out why you're so in your head, to help you get out of your head and put it in perspective, that really, really helps," the rapper candidly said.

Ever since the two met on the set of their film "Midnight in the Switchgrass," things between them got deeper. In June, they finally publicized that they are dating each other.

He also credited his ladylove for saving and urging him to seek therapy. He revealed that he began his first-ever therapy session on November 26.

Currently, MGK engages in giving himself happiness and creating art.

Although he is still in the early part of his treatment, he already sees the process as helpful. It may be hard for him sometimes, but it really pushes him to do even better.

MGK, Megan Preparing For the Future

Machine Gun Kelly's willingness to make himself better is probably due to his plans to finally take his relationship with Megan Fox to the next level.

According to People, the 34-year-old "Jennifer's Body" actress reportedly wants to move forward with MGK after filing for divorce from Brian Austin Green. They are also said to be planning to live together soon.

"Megan has planned to file for divorce for a while. She and Brian already agreed to a custody plan so Megan hopes the divorce will happen quickly and be uncomplicated," the insider revealed.

On November 25, Megan shocked the world after she filed for divorce from her husband of 10 years. Three days before that, Megan and MGK made their red carpet debut as a couple at the 2020 American Music Awards.

Despite the abrupt divorce filing, Megan is still taking things slowly to assure that her children will still do okay even after her split with Brian. She even slammed Green "to safeguard her son" after her ex-husband posted a picture with their child, Journey River, for Halloween.

During that time, Megan suggested that Green should have cropped Journey out of the photo or chosen another photo to post without their kids. She also noted that Green seems to be implying she's an absentee mother to their children.

The argument may ruin their relationship further, but Megan does not seem to care anymore.

READ MORE: The Voice Shock: Why Did Ryan Gallagher Suddenly Leave the Competition?