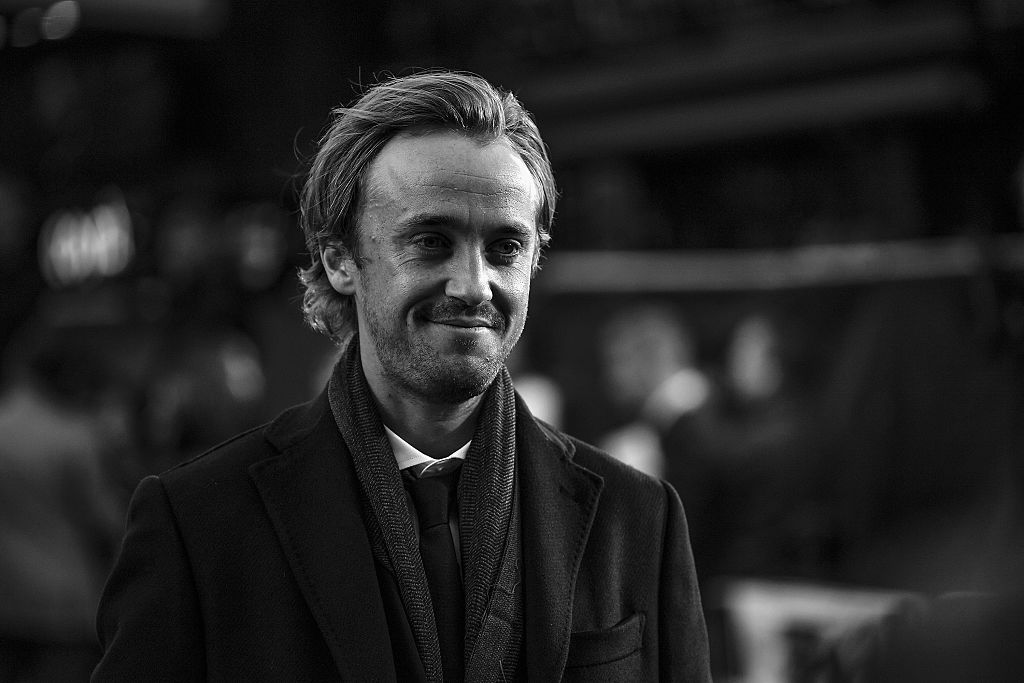 Tom Felton got emotional as he took a trip down memory lane by rewatching "Harry Potter."

The British actor's claim to fame is his breakthrough role as Harry's greatest nemesis, Draco Malfoy--a pure-blood wizard who belonged to the Slytherin house.

After almost two decades, the 33-year-old actor revisited the hit fantasy film based on the eponymous novels by author JK Rowling.

On his Instagram account, Felton shared a clip of himself watching the first series in the "Harry Potter" franchise, the Philosopher's Stone, which was released in 2001.

"It's mental," the "Rise of the Planet of the Apes" actor commented while he teared up as he sat on the chair with his laptop before him, watching his 12-year-old self in the iconic film.

"I'm just tearing up rather than giving you commentary, but it will get better," he added.

As the film continued, the actor reacted to one of the scenes of Daniel Radcliffe, who played the role of the titular wizard.

"I have literally not seen this for probably 20 years. Look at him! Good lord! His voice - he's so sweet! He's like five years old!"

Moreover, Felton confessed that he still got one of the envelopes containing the Hogwarts acceptance letters that filled the Dursleys' house.

In the latter part of the video, he mentioned, "I think the best is yet to come in these movies," adding that there would be a second Instagram live of him watching the "Harry Potter" series.

"We're definitely going to try this again," he said.

Over the comment section, fans can't help but gush over Felton's video.

"You're so precious omg ily," one wrote, while the second user gave a perfect score and left a rating of "10/10 cinematic experience."

Just like the British actor, one fan seemed emotional watching the "Harry Potter" star react to his iconic character: "THIS LIVE MADE ME TEAR UP."

Meanwhile, an individual requested another IG live from Felton: "This was so fun pls do it again soon!!!"

Last month, the hit fantasy series casts had a virtual reunion as they celebrated 19 years since the release of the first film from the "Harry Potter" franchise.

During their reunion, Grint confessed how the staff usually calls him.

He was nicknamed "Go Again Grint" since he would always laugh during his scene that would require many takes, while Radcliffe mentioned that it felt "insane" remembering that it has been 19 years since it was first released.