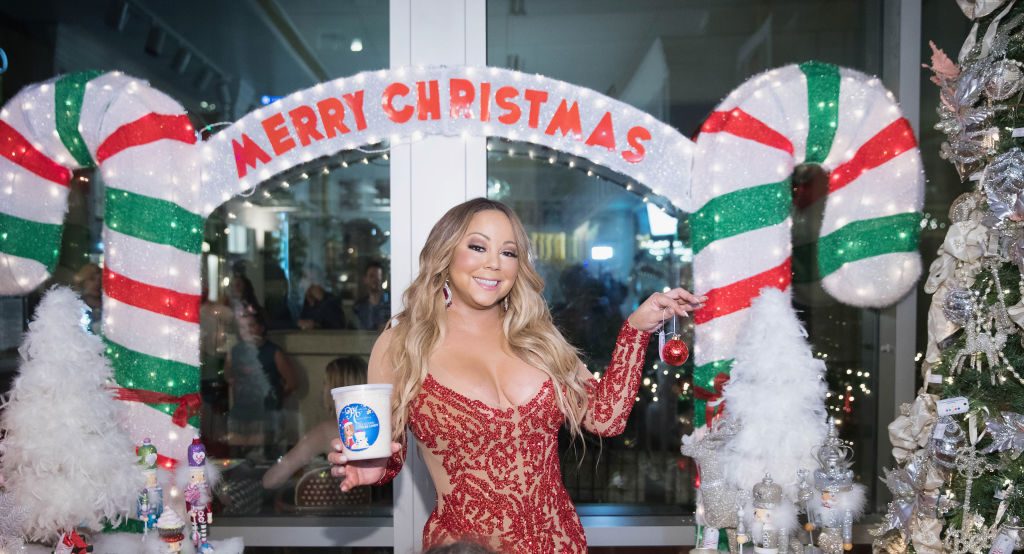 Mariah Carey remains the Queen of Christmas, even this 2020. In return, the singer showed that the pandemic cannot stop her from celebrating the special day.

During her pre-recorded appearance on "Sunrise," the 50-year-old Songbird Supreme pleaded guilty to buying Christmas decorations amid the COVID-19 panic buying.

She even showed entertainment reporter Edwina Bartholomew how much she stocked up for Christmas.

According to Carey, she stayed in a New York apartment for four to five months during the pandemic. She revealed that she spent time with her kids inside the crib.

"All of a sudden I sat there and said "wait a minute - I better get Christmas decorations, because what if people get all the decorations?" of course, I was thinking about that in March," she went on.

Carey undoubtedly prepared so much, as a massive Christmas backdrop can be seen behind her.

Meanwhile, she expressed her belief that creating a holiday atmosphere inside her home will surely complete their experience since they cannot go out this year.

Per the singer, she typically goes out with her 9-year-old twins, Moroccan and Monroe, to parties and sledding activities. Nonetheless, due to the coronavirus pandemic, they will be staying and enjoying the holiday season in the comforts of their home instead.

"I don't need to go anywhere, safety is more important," Carey went on.

Aside from filling her home with Christmas decorations, the singer also ruled the charts again with her hit holiday song "All I Want For Christmas Is You"--as usual!

On November 30, Billboard unveiled its Holiday 100 chart, which revealed that Carey's song returned to the top again.

While there are several new Christmas songs to listen to, "All I Want For Christmas" got the No.1 spot again for its 41st week and dominated the chart.

The music magazine detailed that it used the same formula for the Billboard Hot 100 to build the Holiday 100.

It means that Billboard looked into each song's total number of streamings and airplay. This also includes the total sales data of the particular song.

Unsurprisingly, Carey's "All I Want For Christmas is You" ranked first, claiming 41 out of 46 number one spots since the category's launch in 2011.

According to Billboard, the hit seasonal song also holds the record for topping 26 consecutive weeks at the Holiday 100 chart.

It is worth noting that Carey's carol claims two of the three Holiday 100 component charts.

As of press time, it has conquered Holiday Airplay with over 21.5 million audience impressions and Holiday Streaming Songs with 17.6 million U.S. streams.

These data have been checked and approved by Nielsen Music/MRC Data.

Meanwhile, the current Holiday 100's top five includes some of the multi-generational picks.

Brenda Lee's "Rockin' Around the Christmas Tree," Bobby Helms' "Jingle Bell Rock," Andy Williams' "It's the Most Wonderful Time of the Year," and Wham! 's "Last Christmas" completed the top five for this year.