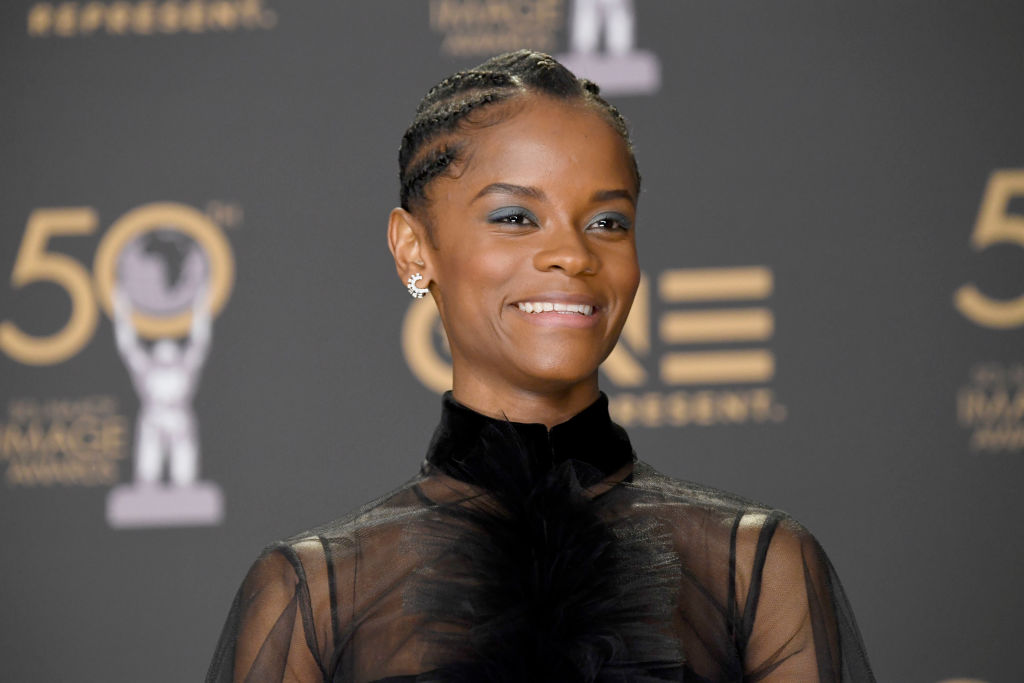 "Black Panther" star Letitia Wright is in hot water due to her latest tweet about the COVID-19 vaccine.

Wright stirred criticisms after sharing a YouTube video which doubted the effectiveness and safety of a soon-to-be-approved potential COVID-19 vaccine.

The video shows an episode from a British YouTube series titled "On the Table." Tomi Arayomi, the show's host, spoke continuously and questioned the vaccines and their ingredients.

"I don't understand vaccines medically, but I've always been a little bit of a skeptic of them," Arayomi said.

Meanwhile, Wright shared it in a since-deleted tweet, adding a prayer hands emoji.

The Hollywood Reporter said that the video is a "fact-free monologue." The news outlet added that the video mainly consists of Arayomi's personal feelings about COVID-19 vaccines.

However, with Wright being one of the rising stars of Marvel Studios, many people did not take her tweet helpful at all.

Although the actress did not write anything else aside from the emoji, people slammed her for using her platform to allegedly spread misinformation about the upcoming COVID-19 vaccines.

One person suggested that despite the doubts and questions, the vaccines are being tested by scientists and approved by physicians.

"We can have doubts and questions, but also we should trust our scientists, doctors and providers far more than you did," the Twitter user added. "If you don't have officials resources about something, please, don't write and inform yourself."

Another one penned, "Letitia I adore you and everything you've done but you're making us Christians look dumb af."

"No, you are spreading misinformation and fear, especially in the Black community which has been impacted most. It's irresponsible and arrogant," another critic furthered.

Unfortunately, Wright's tweet might affect the release of "Black Panther 2," as many people want to boycott it now. Wright will reportedly have a more prominent role following Chadwick Boseman's death.

After her tweet invited countless criticisms, Write wrote a follow-up tweet and clarified that she did not want to hurt anyone.

According to the actress, she only posted the video since it made her think the same thing about vaccines.

"my intention was not to hurt anyone, my ONLY intention of posting the video was it raised my concerns with what the vaccine contains and what we are putting in our bodies. Nothing else," she wrote.

When her tweet reached the trending list, she posted another one and said that a person always gets canceled if they do not conform to any popular opinion.

The actress' tweets came after the U.K. announced that they have approved a wide-scale use of the COVID-19 vaccine. This pushed them to become the first country to administer the vaccine soon.

Meanwhile, the US Food and Drug Administration will conduct a meeting next week to discuss whether they will approve the same vaccine or not.