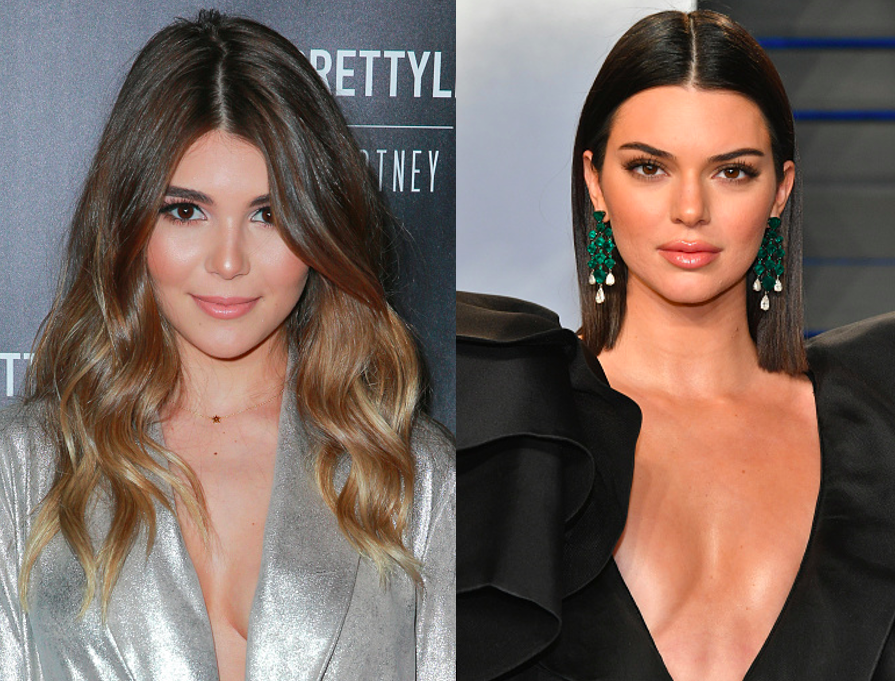 More celebrities support and defend Olivia Jade Giannulli after being part of the biggest college admissions scandal in history.

According to Hollywood Life, the 21-year-old beauty influencer has a new ally, and that is supermodel Kendall Jenner.

Their source revealed that Olivia Jade has been leaning on Kendall and other pals. At the same time, her parents, actress Lori Loughlin and her dad, fashion designer Mossimo Giannulli, are in prison for the scandal.

"Olivia has been close with Kendall and Kylie Jenner, and their group of friends for a while now."

They added, "But Kendall has really stepped up for Olivia and been there for her while her parents are away."

The source went on to say that the 25-year-old "Keeping Up With the Kardashians" star has a sweet nature about her and even described her as compassionate.

"She wants to support Olivia in any way she can," they added.

Kendall and Olivia have reportedly hung out on numerous occasions, but their bond has reportedly strengthened amid the controversy.

"Kendall has been available for Olivia to listen anytime and let her know she's not alone and has a support system around her."

The source claimed that the model's mom, Kris Jenner, is someone to be thankful for.

"Kris has always emphasized the importance of family and keeping a tight bond among her kids.

They added, "She can't begin to imagine what these girls are going through and would hope someone would do the same for her girls if the roles were reversed."

But it's best to take Hollywood Life's report with a grain of salt.

Kendall hadn't spoken out in public to support her as well, unlike Sofia Richie.

But after her comment, Sofia received massive backlash, with Instagram users commenting, "White privilege supporting white privilege," along with a clown emoji.

The model then responded to the comment, saying, "We are all human, who make human mistakes. Life is too short to wish negativity on anyone."

Olivia Jade's white privilege was discussed on the Facebook show, when Jada's mom, Adrienne Banfield-Norris, explained, "There is so much devastation particularly this year, 2020, with the pandemic and everything being brought to the table, just how there's so much inequality and inequity that when you come to the table with something like this, it's like, 'Child, please!'"

The 64-year-old mom also pointed out that she's likely to be just fine after the scandal because of Olivia Jade's white privilege, which is not the same for other people because of systematic racism in the US criminal justice system.

Though Jada and Will Smith's daughter Willow was also there and didn't talk much, it was revealed that she even agrees with her grandmother's views.

At first, it seemed like she had a more sympathetic perspective, but according to an E! News source, her feelings were the same as Adrienne's than it showed on "Red Table Talk."

Their insider said, "She agrees with Adrienne that Olivia will be fine because she's white, pretty, and rich-white privilege serves her redemption more than the financial privilege."

"Willow understands how hard it is for the Black community to forgive Olivia. But if she is genuine about wanting to change and be better, she feels she does deserve a second chance."