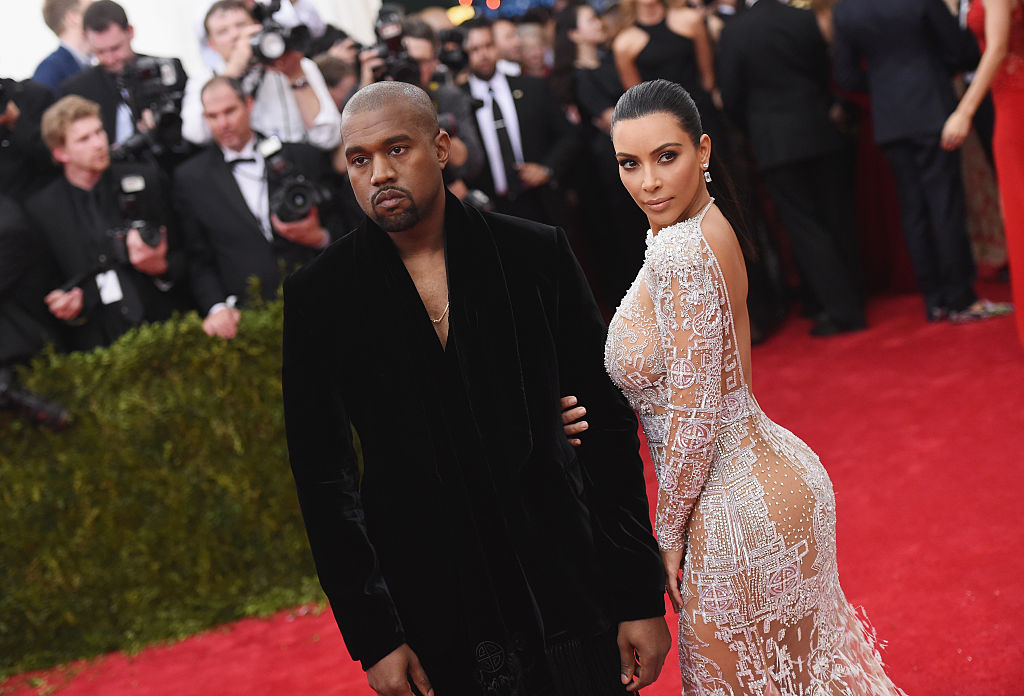 Over the weekend, it has been reported that power couple Kim Kardashian and Kanye West are living separate lives.

But despite the reports, an insider told Hollywood Life that they wouldn't be headed for a divorce anytime soon even though they're "struggling" to remain as a couple.

"Kim and Kanye are struggling to stay together as a couple and have for quite some time now."

"It doesn't seem like she'll ever actually file for divorce, at least anytime soon. They really are living separate lives right now and have for a while," they added."

The "Keeping Up With the Kardashians" star and the Yeezy creator share four kids together, North (7), Saint (5), Chicago (2), and Psalm (1).

According to the insider, though the family stays in Los Angeles with Kim, she and the kids would often visit the Grammy-winning rapper in his Wyoming ranch where he lives permanently.

"She's in L.A. most of the time, and he's spending most of his time as secretly as possible in Wyoming with a team around him."

"He's there as much as he can be and loves it there. They both seem happy doing whatever it is that they're doing, and the kids are as well."

Another insider told the outlet that no divorce would happen soon because the 43-year-old "worships" his beauty mogul wife.

"He loves her so much," the source said. "He doesn't seem worried about losing Kim. Kim also isn't planning on leaving Kanye anytime soon."

Even though the couple is living in separate parts of the US, Hollywood Life's source insists that their love for each other remains strong and that they are both on the same page about what's going on in their marriage.

"This has been going on for months upon months now. They still talk constantly, and they both seem content for now with the way things are."

And it isn't just a one-way kind of love - because Kim Kardashian reportedly loves him just as much, too.

The insider said that the pair has a "soulmate type of love," but their marriage and relationship is not a "normal" one.

Despite that, the KKW Beauty mogul is reportedly having her kids in Los Angeles and near her family, Kris Jenner, her sisters Kourtney and Khloe Kardashian Kendall and Kylie Jenner.

She's also giving Kanye what he wants - and that is to be in Wyoming, where he could also take care of himself.

The insider revealed, "If that means being in Wyoming right now, she supports that."

Over the weekend, a source told People magazine that their "lives don't overlap much," because Kim is busy working on projects important to her, and Kanye West also has his.

They also added that the 40-year-old mom is "happy" and is "very focused on work and causes."

Rumors of divorce and separation have plagued the couple after Kanye West had a public breakdown in July after announcing he was running for U.S. Presidency.

Kim Kardashian and Kanye West have been married since 2014.