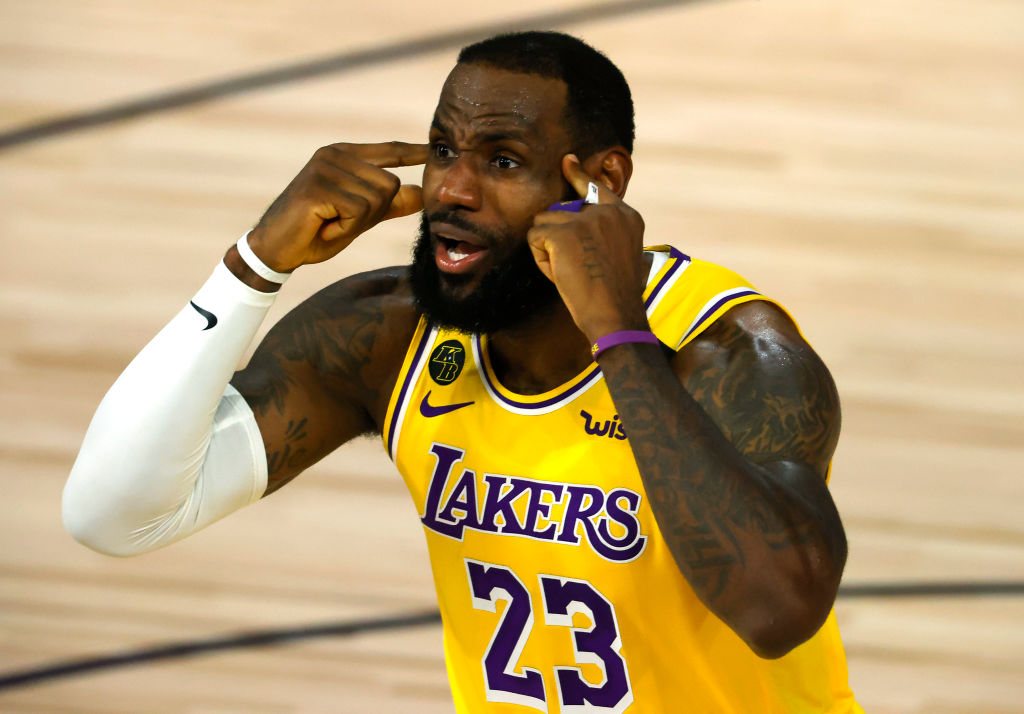 Los Angeles Lakers star LeBron James stood up for his son, Bronny James, who became the center of attention after liking one of Larsa Pippen's Instagram photos.

Though it should be normal as the two families are known to be close, one news outlet recklessly made a lewd report about the 16-year-old.

Some internet users then began spreading the false rumor, causing it to make more buzz.

In return, Savannah James slammed the site and defended his son.

"With everything going on in the world right now, THIS is the shit y'all talking about... At the end of the day y'all are talking about a minor," the matriarch said, per Total Pro Sports. "I don't care what type of "celebrity," you think he is, he's a child and the bullshit needs to stop."

Meanwhile, LeBron reposted the message from his wife and added another alarming warning.

"Uh-Oh. Ya'll f-- with the wrong one now! Good luck. It won't be cute," the NBA superstar and Lakers champion wrote.

Bronny defended himself as well, saying that he only liked the picture of one of his mother's best friends.

Aside from the James and Pippen families being friends, Bronny is also close to Pippen's son, Scottie Pippen Jr.

The eldest of LeBron James' kids already suffered from internet accusations earlier this year. To recall, Bronny learned the dark side of social media after posting a video of himself smoking a blunt.

While LeBron successfully safeguarded his son, Larsa also did her part by slamming the BSO writer.

"I'll sue the f-ck out of you for writing some disgusting lies you weirdo," she wrote.

She posted another series of tweets, saying that such stories are "so disgusting" since BSO sees it as if it is a grave sin.

Pippen then addressed the issue by raising her divorce battle and leaving a life lesson.

"I've been separated going thru a divorce for over 2 years and I've been linked to a few guys my entire life so don't sit here and paint a picture of me that isn't true," she went on.

Before facing the recent false rumors about Bronny, Pippen endured the talks about her and her alleged affair with Malik Beasley.