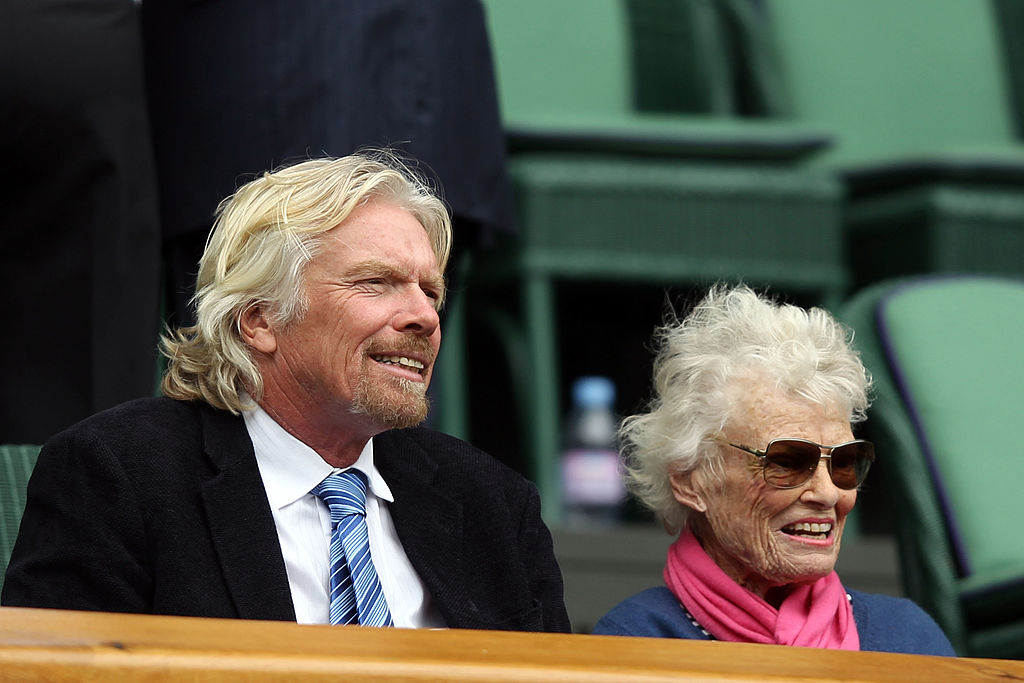 Richard Branson lost his mom to COVID-19. Eva Branson died of the dreaded coronavirus. She was 96.

Apart from being a top philanthropist, she is known as a great entrepreneur. One more known fact about her is that 10 years ago, Kate Winslet saved her from a house fire, which happened at Richard's massive 14-bed home located on a Caribbean Island in August 2011.

Richard announced the heartbreaking news of his mother's death himself. He took to Twitter and made pronounced the sad news to his 12.5million followers.

Richard Branson, 70, highlighted his mother's "wonderful life" and shared how much "joy" she brought in a very loving tribute, as reported by Mirror UK.

"I'm sorry to share that, sadly like a lot of people's mums and dads right now in these days of Covid, my mum Eve has also passed away," he tweeted.

Eve Branson became the talk of the town back in August 2011 when it was reported that the "Titanic" actress Kate had saved her from a fire.

On that fateful day, Kate and Eve were among 20 guests who were staying at the Great House when a fire broke out at 4am in the morning. Branson revealed how the actress gave valuable assistance to her mom i order to escape from the fire.

"My mum is 90 and can walk, but it was more just to speed the process up than anything else. But anyway, she was great. She swept her up into her arms and got them out of the house as fast as possible," Branson revealed to The Telegraph at the time.

Richard Branson also revealed that he talked to Kate Winslet about her heroic deed.

"Talking to her, she said it's like being in a film set where you're waiting for the words 'cut' but they just don't come. So it was quite surreal for her to be in a real-life situation," he explained.

But Kate Winslet is not the only notorious one. Eve herself had did a lot of risky  activities throughout her life.

She had the chance to perform throughout Germany as a ballet dancer after the Second World War.

Richard previously described how instrumental to his success his mom. Richard credited Eve for starting his high-flying career because she gave him £100.

Interestingly, she had at one point denied Kate Winslet saved her, as reported by the Guardian. Instead, she said the actress "found her slow" and just carried her to make haste during the fire.