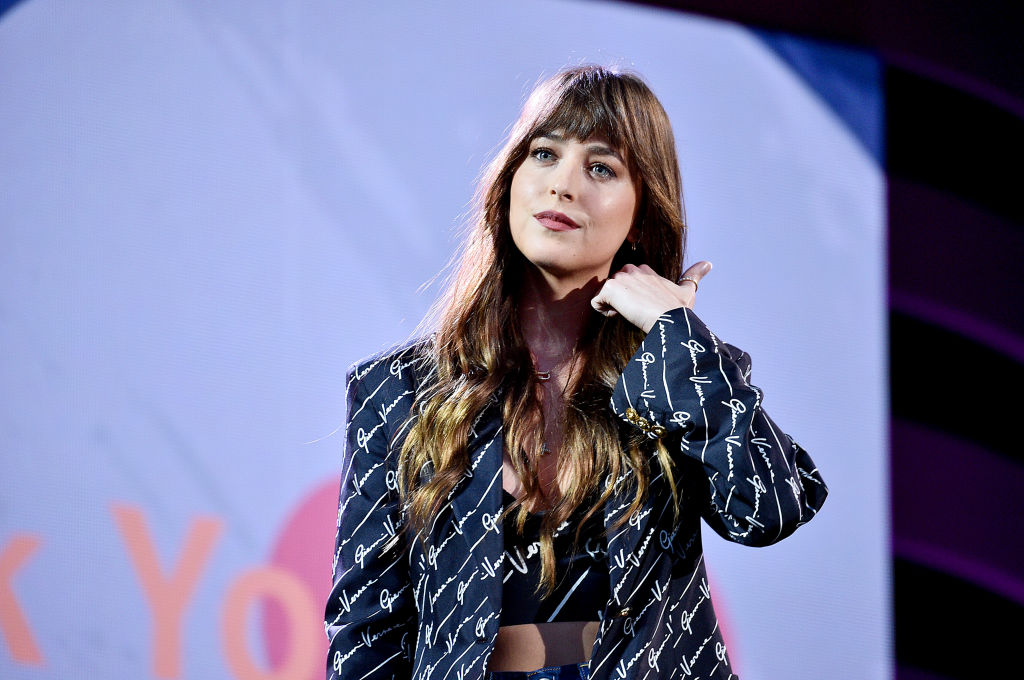 Dakota Johnson has been candidly talking about seeking therapy in the past few years.  However, the "Fifty Shades" star revealed that she might be in counseling for her entire life.

Opening up about embracing therapy and working hard on herself on "The Drew Barrymore Show," the 31-year-old actress said she is thankful to have a great support system that encourages her to "go deeper into me."

Dakota Johnson also shared how her learning about psychology has helped her cope during the coronavirus pandemic quarantine.

"I got really into doing online psychology courses because I never went to college because I wasn't going to get into college," she told Drew Barrymore.

But because of her new-found love for the subject, Dakota claimed, "I'll probably be in therapy for the rest of my life."

For what it's worth, it's not because of herself dealing with issues. Instead, she believes she has her entire life to learn about being human that "you never finish learning."

In a recent interview with Elle magazine, Dakota Johnson, who is the daughter of Hollywood stars Don Johnson and Melanie Griffith, spoke casually about her depression and coping with it.

She told the publication how at the age of 14, she has already struggled with mental health issues. This is why when she has fallen into the help of professionals, she realized that it's something she can really deal with.

Dakota said, "I've learned to find it beautiful because I feel the world."

"I guess I have a lot of complexities, but they don't pour out of me. I don't make it anyone else's problems."

Filming for one of her latest movies, "Our Friend," Dakota revealed she had an anxiety attack as she prepared to sing in front of an audience on the set.

Speaking to Jimmy Fallon on "The Tonight Show," Johnsaon revealed: "Singing in front of people is actually so terrifying for me."

She added that when they called "action," Dakota had a panic attack that "manifested in all the ways that it can."

It made her run off the theater, go around the backstage and the entire place, which made the production crew laugh and question, "' What is she doing?'"

The response to her film only added to what has been an excellent time in her entire career.

For what it's worth, Dakota Johnson has found happiness in learning about psychology and herself. (Theo Wargo/Getty Images)