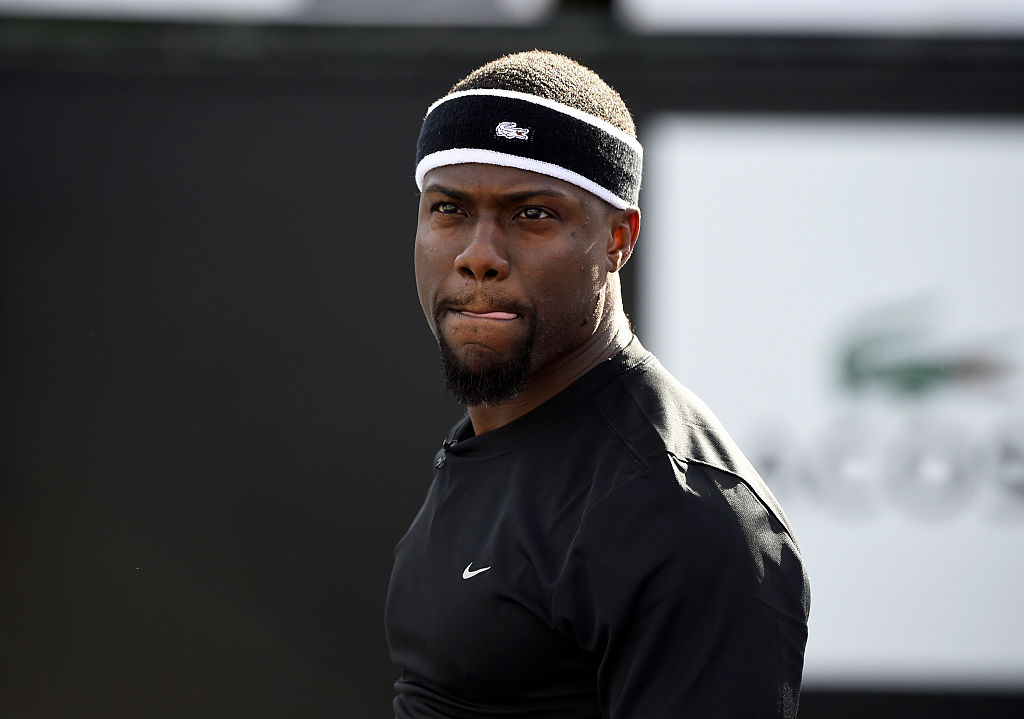 Kevin Hart made a massive career move after agreeing to star in the upcoming "Borderlands" movie.

It has been months since Hart's name first got involved in the making of Lionsgate adaptation of "Borderlands." However, it was only in December 2020 when The Illuminerdi first reported about the aforementioned talks.

Finally, the actor closed its deal with the entertainment company and agreed to play the role of the skilled soldier named Roland.

The President of the Lionsgate Motion Picture Group, Nathan Kahane, expressed their excitement toward working with Kevin.

Per Kahane (via The Hollywood Reporter), casting one of the world's biggest actors was the best choice they have made.

Moreover, the film will be a great addition to the growing list of Kevin Hart movies. It will also be the next adventure film of the actor following his "Jumanji" project.

Now that the "Borderlands" movie got another important puzzle piece, here are some things every viewer should know about the film.

Before the 41-year-old actor signed in on the deal, Cate Blanchett already joined the "Borderlands" cast as the legendary thief named Lilith.

Meanwhile, Hart will also be working with director Eli Roth, whose famous works include "The Green Inferno," "Cabin Fever," "Inglourious Basterds," and "The House with a Clock in Its Walls," among others.

"I'm thrilled to be working with Kevin," Roth said in a statement, as quoted by The Hollywood Reporter. "Borderlands is a different kind of role for him, and we are excited to thrill audiences with a side of Kevin they've never seen before. He's going to be an amazing Roland."

"Borderlands" will be produced through Avi and Ari Arad's Arad Productions Banner.

In addition, Randy Pitchford and Strauss Zelnick will serve as the executive producers.

For what it's worth, the "Borderlands" release date is yet to be announced.

"Borderlands" Is Based on a Video Game

Turning a video game into a live-action is the trend now, and "Borderlands" took that road as well.

Hart's upcoming movie is based on the role-playing first-person shooter video game. Gearbox Software developed the game in 2009 before 2K Games published it for PlayStation 3, Windows and Xbox 360.

The plot of the game focuses on "Vault Haunters" from the planet of Pandora who are in search of a missing vault.

It Is One of Kevin Hart's First Movies Since Tragic Accident

On Sept. 1, 2019, Hart got involved in a terrifying car crash that caused fractures in three parts of his spine and resulted in an emergency surgery.

He needed to take a break from filming his movies and shows before he made his first public appearance during E! 's People's Choice Awards 2019.

"Borderlands" is his next movie after he finishes filming the action-comedy "Man From Toronto" and "True Story."

He recently landed a four-feature deal with Netflix, showing that the accident that happened over a year ago did not affect his popularity and acting skills.

Kevin Hart is ready to take on a new adventure after as he signed to star in the upcoming "Borderlands" flick. (Frazer Harrison/Getty Images for Desert Smash)