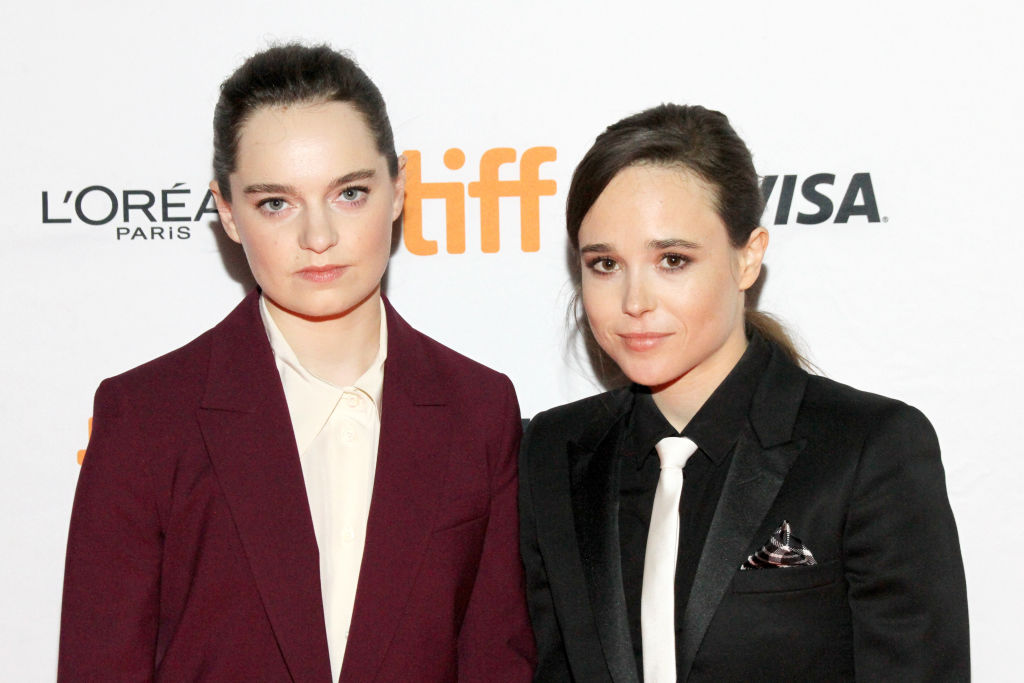 Elliot Page has announced the "difficult decision" to divorce his wife of three years.

In a joint statement released on Tuesday, the "Umbrella Academy" star and Emma Portner said, "After much thought and careful consideration, we have made the difficult decision to divorce following our separation last summer."

According to TMZ, Elliot filed for divorce in a Manhattan Supreme Court and listed the case as "contested." A contested divorce is when a person and their spouse don't agree on at least one part of the divorce at the time of its filing.

But despite the bad news, there is no hostility between the former couple. The two said they have "the utmost respect" for one another and will remain close friends.

In January 2018, the 33-year-old star announced that he and the 26-year-old professional dancer and choreographer tied the knot.

At the time, Page posted a picture of their hands with engagement rings as they embraced with the caption, "Can't believe I get to call this extraordinary woman my wife."

Over the years, the "Juno" star has continued to share other pictures of their marriage, particularly during special occasions such as dinner dates and Pride day.

Elliot Page, previously known as Ellen Page, came out as a gay woman at a pro-LGBT conference in 2014. He has also recently came out as transgender in December 2020.

At the time, Elliot Page was doing some promotions for her new movie with Julianne Moore, "Freeheld." While walking on the red carpet at the Toronto International Film Festival, he was accompanied by a woman.

Before marrying Emma Portner, she dated artist and avid-surfer Samantha Thomas for two years from 2015 to 2017.

Though it wasn't ever confirmed, he and the "Divergent" star Shailene Woodley was linked and rumored to be dating in 2014.

This is because she opened up about being pansexual, admitting to loving people in the past and not making a fuss about their gender.

But Shailene wasn't just linked with Elliot, but with Emma Stone as well.

Elliot Page dating 43-year-old Clea DuVall is also unconfirmed, but they were pictured together in 2011.

Elliot is rumored to have hooked up with Emile Hirsch in 2010, but it has not been confirmed. They were spotted having coffee in Montreal.

He also had a rumored fling with British star Sam Riley in 2008.

During filming for one of their movies, "X-Men: The Last Stand," Elliot Page dated his co-star Ben Foster in 2006.

Elliot Page is officially splitting with Emma Portner, as the two announced in a joint statement (Jeremy Chan/Getty Images)