Rapper, producer and actor 50 Cent recently dropped by RADIO.COM and V-103's "The Morning Culture"to give updates on his projects and his thoughts on the cultural phenomenon "Verzuz."

Fif appeared together with hosts Big Tigger, Tylerchronicles and Christina Granville for an open talk. Shortly after opening the show, Ms. Basketball got to asking 50 Cent about his chances of appearing on Verzuz.

"Verzuz was more interesting when we were completely stuck in the house," 50 Cent said, adding that the virtual music battle came at a time when people actually needed it. Now that the global pandemic and the stay-at-home restrictions have begun to progress, the G-Unit co-founder feels like it is now just "trying to rewrite history."

Further explaining his statement, he clarified that he understands and appreciates the nostalgia "when a song takes you back" to a certain time, but he prefers to listen to current artists. Giving an example, he added: "right now Lil Baby's having a moment... when his music comes on I'm feeling Lil Baby."

With the hosts closing in on him and asking him if he would consider a possible appearance, the "In da Club" artist remained adamant with a no. However, as 50 Cent cited how people are now being allowed to leave their homes, Tigger made a counter-argument. "The Morning Culture" host explained how a lot of the audience finds Verzuz "as a stroll down memory lane" and a time to reminisce and show some love," as well as a chance to appreciate these artists while they still can.

Seeing the point Big Tigger presented, 50 Cent directly responded that he thinks it's for people who "didn't get enough while they were doing," quipping that he "got more than my share." Further explaining his refusal to join the virtual music battle, he added that Verzuz is for artists who "felt they were lyrical. They felt like theirs was special and nobody recognized it." He noted that as far as his own career goes, he was more than satisfied with it.

However, V-103 went to note that Fif has been aware he's not entirely impervious to hate, but has learned to handle it. In an industry where haters regularly try to tear others down, The Morning Culture recognized the peaceful space that the 45-year-old rapper was able to find for himself. Finding the same cycle in the modern generation of artists, he cited Drake, adding: "they'll say he's not hard, but the other guy they'll say he keeps doing the tough s***."

50 Cent also noted how music is about progress, stressing the need to "be able to create that formula," as Drake did.

As for his current project, Fif has been busy with his on-screen projects and, unfortunately, no new music on the horizon. Some of his current projects include an eight-episode series for STARZ, Black Mafia Family, and an upcoming work he calls "the real organic spin off to Power," Raising Kanan.

Watch 50 Cent's appearance on The Morning Culture at RADIO.COM and V-103 below: 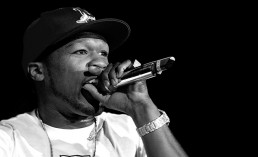 50 Cent Wants Eminem to Ignore Nick Cannon: 'He is a Fool!' 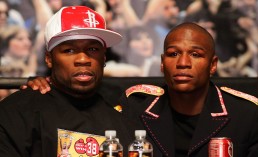 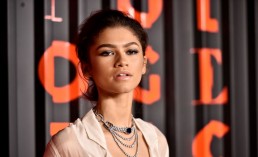