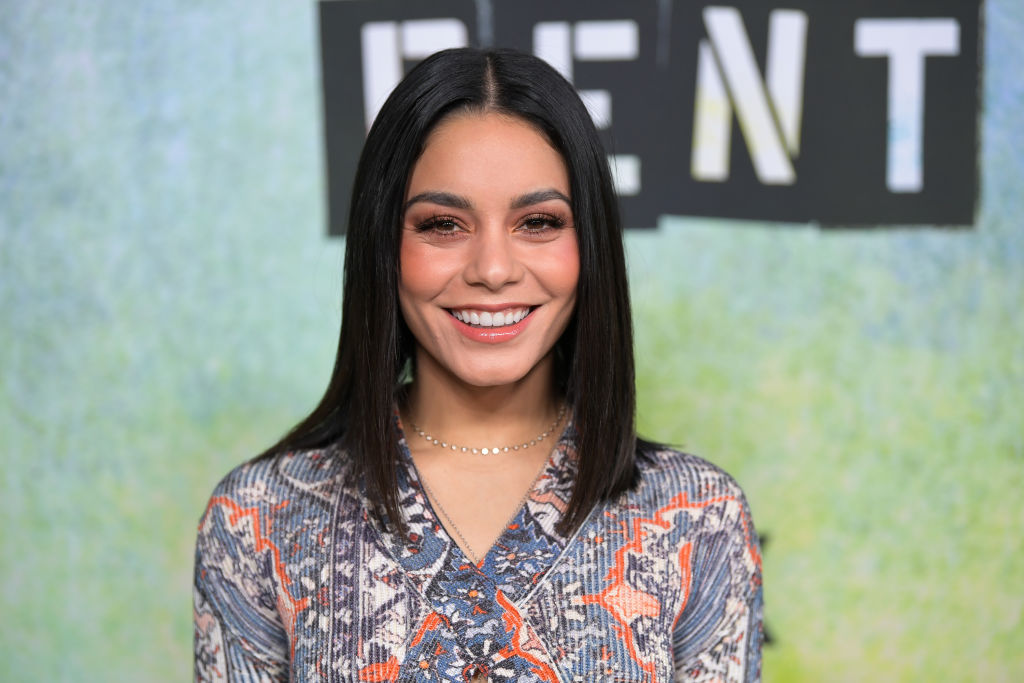 On the most romantic day of the year, Vanessa Hudgens confirmed to her 69 million Instagram followers that she is indeed dating MLB player Cole Tucker.

In a PDA-filled photo showing the new couple kissing for the camera, the "Princess Switch" star gushed, "It's you, it's me, it's us."

The athlete replied in the comments section, "BIG love."

Many of her former "High School Musical" co-stars also commented on the snap. Monique Coleman wrote, "Mo'MYGOD happy for you!"

Hudgens and her boyfriend showed off their styles in coordinating casual looks. The "HSM" actress wore a cozy camel tank top with a matching cardigan and a luxurious Louis Vuitton hat.

Tucker, meanwhile, opted for a black hoodie and finished off his look with a baseball cap.

But it wasn't just the 32-year-old who posted a photo on her social media account.

The Pittsburg Pirates member also confirmed their relationship status on his Instagram page. Alongside an image of himself and the southern California native, the MLB player wrote, "Happy V day" alongside a heart emoji.

In the photo, the couple was snuggling up on the sofa wearing matching tye-dye outfits.

Even Cole's MLB team posted a meme on their official Instagram page, referencing a scene from "High School Musical 2" when Troy gave Gabriella a necklace with a "T" pendant.

However, the original scene was edited with a picture of the shortstop's face over her co-star and ex-boyfriend, Zac Efron.

The caption read, "T as in Tucker."

News of Vanessa Hudgens having a new boyfriend was first reported in November.

The Disney Channel alum was spotted with her arms wrapped around the baseball player as they waited in a valet stand in Los Angeles.

The following evening, Hudgens and her new boyfriend enjoyed a dinner date. Eyewitnesses told The Daily Mail "they had a romantic dinner outside under the stars."

"They shared wine and food and had a great two-hour meal," another source said.

In January, an insider confirmed to E! News that they were "boyfriend and girlfriend."

In the past few years, Hudgens dated "Elvis" actor Austin Butler, but they ended their eight-year relationship on Halloween 2019.

They reportedly discussed getting engaged, but an insider reported at the time that they had split and were "going to see what happens."