Women all over the world are green-eyed over the lavish Valentine's Day celebration Lori Harvey got from her boyfriend, Michael B. Jordan.

Jordan just won this year's best boyfriend award after pulling off an epic surprise to celebrate his first February 14 with the model.

The 34-year-old Hollywood hunk was first romantically linked to Lori, the daughter of TV host Steve Harvey, late last year. But it wasn't until this January when they made their relationship official by uploading pictures and videos with one another on their respective Instagram pages.

Michael B. Jordan Romantic at Heart

Sunday marked their first Valentine's Day together, and to prove that he's the best boyfriend, Jordan decided to pull out all the stops--which may have included renting out an entire aquarium.

In a series of Instagram Stories, Lori Harvey shared videos to take fans along during her romantic date with Michael B. Jordan. She's completely blown away by her boyfriend's efforts.

One video had a caption, "My baby rented one aquarium so we could do a private tour and see the turtles, and then we walked into this." 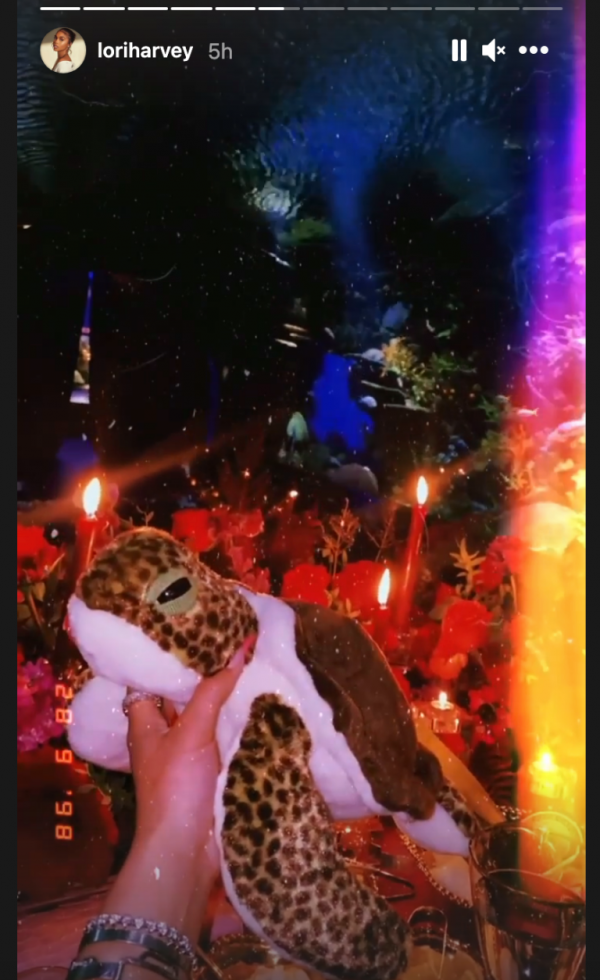 She then shared a video of a dinner setting surrounded by the entire aquarium. The scene also featured flowers covering the table and even had a personalized menu.

"And he had Nobu cook dinner for us," Lori further wrote.

But the love didn't end there.

More surprises from People's Sexiest Man Alive came coming, as she was later whisked off to a hotel suite, which was decorated and decked out in massive bouquets, candles and flower petals.

The hotel suite showed white, red, and pink roses, a beautiful roaring fire, a lovely view of the city, a prepared bubble bath and, of course, a massive bed covered in rose petals.

Michael B. Jordan's Best Gift Ever

However, the best gift of all, according to Harvey, was the Hermes certificate she received from her boyfriend.

Jordan bought his girlfriend stocks in the fashion house as aValentine's Day present.

Needless to say, that this kind of Valentine's Day date belonged in an actual film. 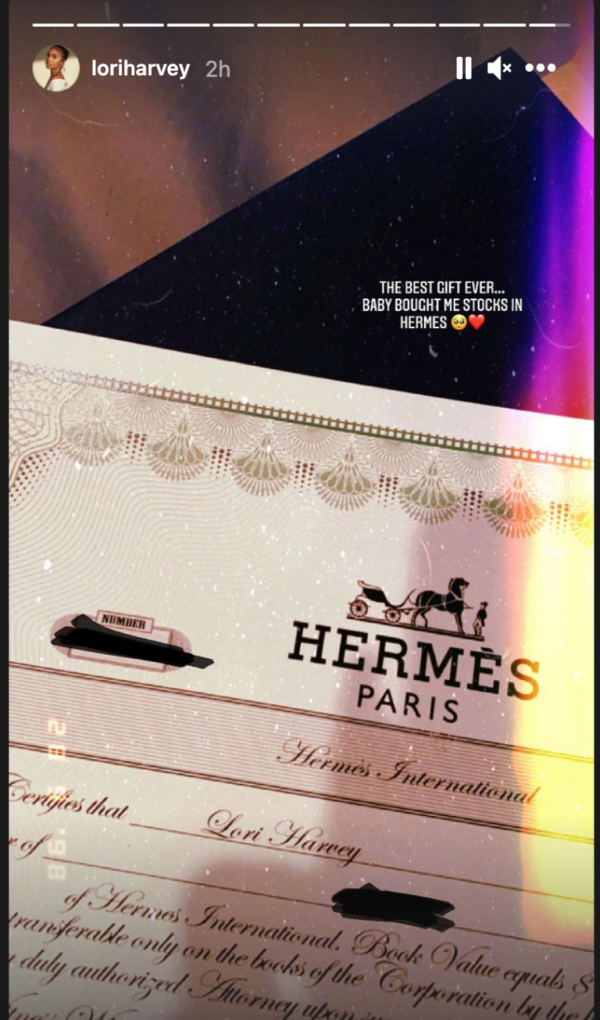 For what it's worth, it wasn't the first time Jordan surprised Harvey with a romantic gesture.

In January, the "Black Panther" actor made his love feel special on the Instagram influencer's birthday by giving her 15 bouquets of white roses.

In one video that showed off the roses, Harvey took to her Instagram to say, "Thank you, baby" along with a heart eyes emoji.

Confirmation of their relationship wasn't a shock to fans, who have already been speculating on their romance for months.

WINNERS ALL AROUND! Harnaaz Sandhu is the NEW Miss Universe and Lori Harvey Dressed to the NINES to Judge! She PROVES it on Instagram!

We already knew her for her INCREDIBLE Art Basel outfits, but this steps up the game!

Art Basel is Her Runway!! Lori Harvey Posts Jaw-Dropping Outfits that Make Us Love with Her More than Michael B. Jordan Does!

Lori Harvey, the daughter of Steve Harvey, is absolutely KILLING IT with her Art Basel looks.

Michael B. Jordan Credits Finding Love with Lori Harvey As Helping Him Tap Into Roles He Couldn't Before

In a new interview with the Hollywood Reporter, superstar actor, producer, and now director Michael B. Jordan reveals how finding love with Lori Harvey has helped him play roles that required more life experience than he had before. Jordan, who is deep in preparation for his directorial debut for "Creed III" and about to promote as the leading man of the Denzel Washington-directed romantic drama "A Journal for Jordan," opens up for the first time about his personal life and about how happy he is with Harvey, the socialite daughter of famed comedian and "Family Feud" host Steve Harvey.

Michael B. Jordan Tired of Steve Harvey's 'Obsession' to Get Close With Him?

Steve Harvey was said to be causing a "family feud" for getting in the way between daughter Lori Harvey and one year boyfriend Michael B. Jordan.