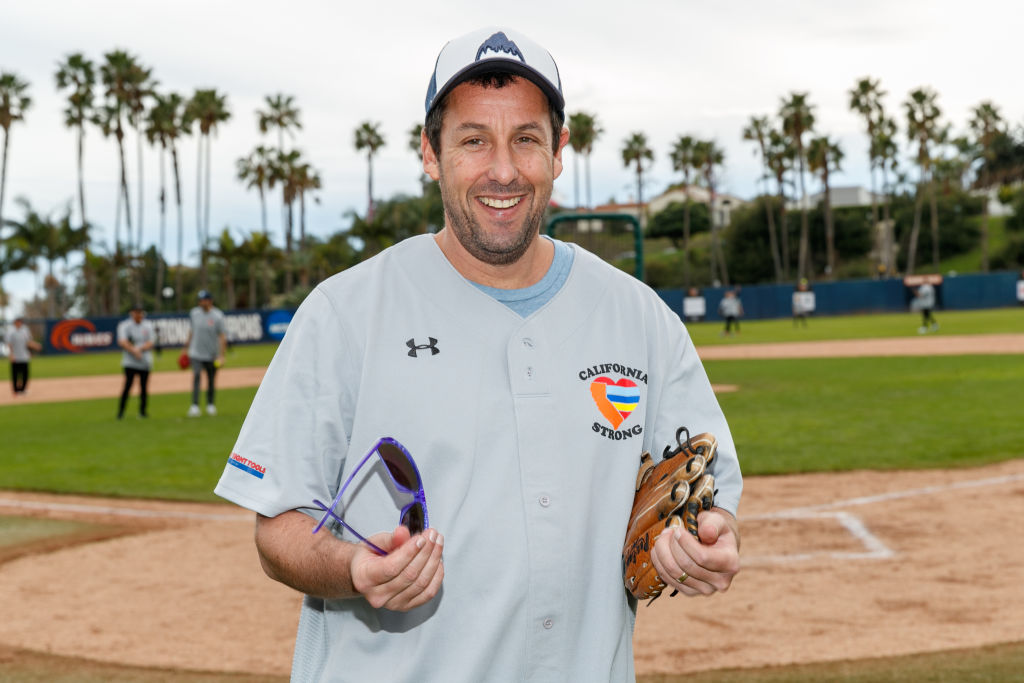 "Happy Gilmore" is considered to be one the greatest golf movies out there, and Feb. 16 marks the 25th anniversary of its theatrical release.

In a video posted on his Twitter account, Sandler captioned it with, "Happy love you all! Thanks for everything!"

Sandler said it has been 25 years since he had run up to his golf ball just before striking it. Approaching the ball, the comedian revealed, "I'm scared."

"Let's see what happens. Shooter McGavin, this is for you," Sandler furthered.

After showing off that he still got it, he said, "And I'm not lying to you that is smashed. You're dead, Shooter."

On Feb. 16, 1996, Happy came back from down four strokes to beat his opponent Shooter and win the gold jacket.

Happy loves you all! Thanks for everything! pic.twitter.com/p1aY9JcFWh

Adam Sandler's tweet also received a funny response from fellow Hollywood star Ben Stiller, who also had a minor role in the movie.

He gushed over Sandler's golfing skills by saying he has a beautiful swing.

"Congrats on your anniversary and being such a loving grandson," Stiller wrote. "So happy to be a small part of taking good care of her during her "golden years."

After posting the video, several fans replied to Sandler's video and demanded that there should be a sequel to "Happy Gilmore."

"I feel like the basic story/plot is already there," one Twitter user said. "All the main characters and their 'kids.' Shooter's kid's name could even be 'Gunnar McGavin.'"

Another suggested that the sequel should focus on Happy learning he has a son "from his wild days on tour that he never knew existed."

One fan also suggested that instead of "Happy Gilmore 2," they should do a series called "Shooter" where Happy focuses on a broke and broken Shooter McGavin, "who is trying to earn his senior PGA tour card."

Though some ask to make another film, some fans argued that classics "are great in their own spotlight."

The comedy film featured Adam Sandler as the title character.

Gilmore wished to become a hockey player but doesn't have any talent on the ice. Eventually, he used his drive to be the best in golf, where he lacked what others see as "the proper etiquette."

The entire "Happy Gilmore" full movie lasts for 93 minutes. It currently has a 61% rating on Rotten Tomatoes and 7/10 on IMDb.