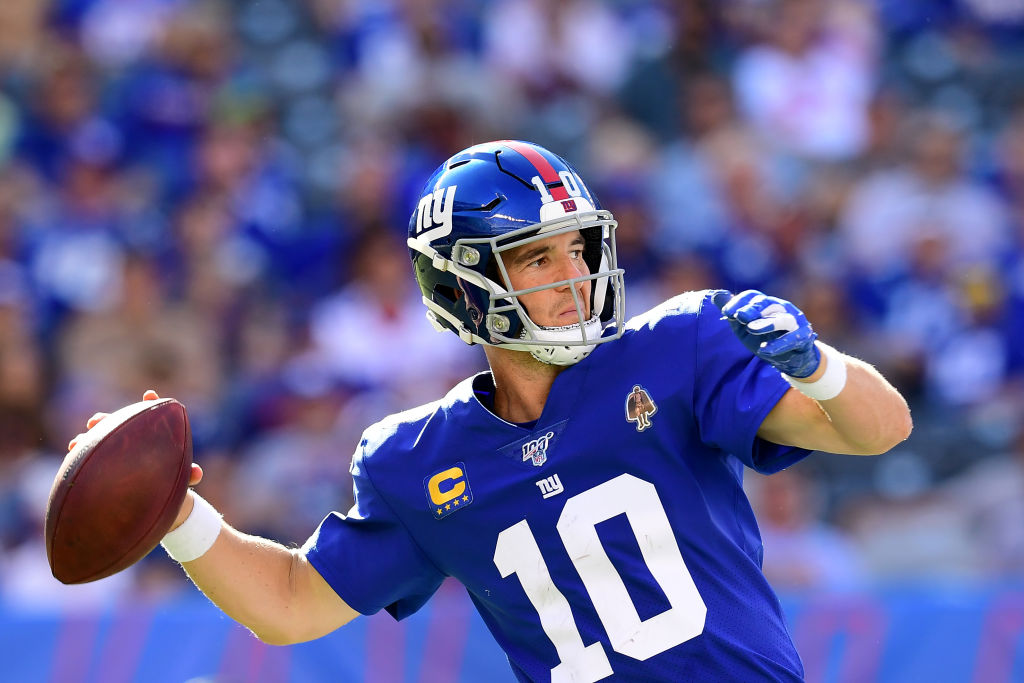 Eli Manning's attempt to get a video of his kids while skiing ended up in a hilarious epic fail.

On Tuesday, the NFL legend shared an embarrassing video of himself tumbling while skiing with his children. As per the two-time Super Bowl champion, "multitasking" is what resulted him falling on the slopes.

He wrote in a tweet, "This is what happens when I try to ski and film my kids at the same time."

In the video, it seemed like Manning was capturing the moments of his kids' skiing before stumbling in the process.

"Oh shoot," he yelled just before the embarrassing moment happened.

Eli, who is the older brother of former NFL quarterback Peyton Manning, bounced right back up in the last few seconds of the clip, similar to other times he was sacked on the football field.

This is what happens when I try to ski and film my kids at the same time. pic.twitter.com/scLqg629uZ

For what it's worth, he told a concerned witness that he was fine. It's also funny how he brought a sense of humor to the entire situation.

But perhaps he should stick to playing football, casually, after retiring.

Manning has net worth $150 million, and his family, are no strangers to the ice.

About 13 months into his retirement and eight months being a Twitter user, the dad of four continues to share pictures of his daughter in hockey gear and other skiing images.

On Jan. 22 last year, Eli Manning announced that he would be retiring, ending his 16-year career entirely with the New York Giants. He joined the team in a draft-day trade in 2004.

He explained the reason for his retirement, saying: "I think it was the right thing to call it a career and to end it instead of trying to uproot my family and leave and try somewhere else."

Manning called his decision as the "right" one, adding: "I know it is, and I'm at peace with it, and that is what's made this day a little bit easier."

Recent reports indicate that Eli Manning might soon have a job with the Giants.

According to NFL Network's Mike Garafolo, "Think ambassadorship or something with just a touch of involvement on the football side, if any."

The 40-year-old decorated NFL superstar is the definition of being Giant, having spent his entire career playing with them.

Garafolo also noted that Manning doesn't seem interested in coaching, so a type of role in the community or working behind the scenes with players may seem to be the best task for him.

Eli Manning just wanted to take a video of his kids skiing; however, he ended up getting a shot of his epic fail. (Emilee Chinn/Getty Images)