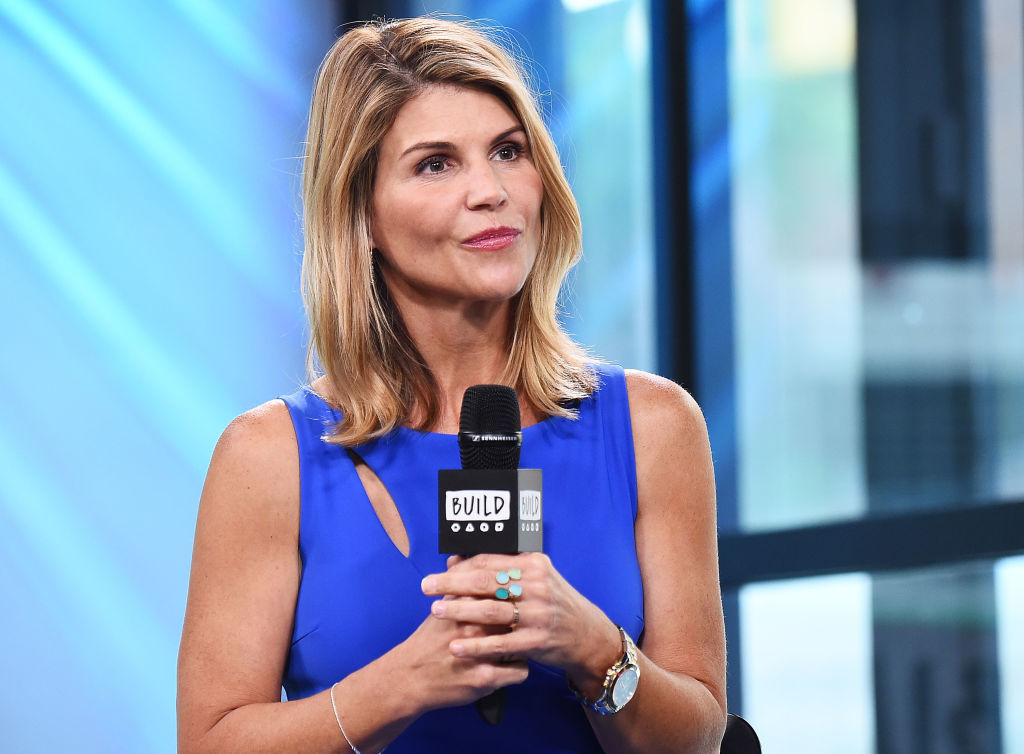 When the College Admissions Scandal broke, and Lori Loughlin's name was dragged, she was immediately fired by Hallmark two years ago.

Lori paid $500,000 in bribes to ensure that her daughters, Olivia Jade and Isabella Rose, got into the University of Southern California.

Hallmark announced that she was being dropped from all future projects.

In a statement, the network said, "We are no longer working with Lori Loughlin and have stopped development of all productions that air on the Crown Media channels."

At the time of the scandal, Lori Loughlin starred in a TV show called "When Calls the Heart."

Abigail's character was written off the show, revealing in a letter that she traveled home to take care of her sick mother.

Lori Loughlin and her husband Mossimo Giannulli were charged with conspiracy to commit mail fraud and wire fraud, money laundering, and at the time, they pleaded not guilty.

But in 2020, the "Full House" actress and her fashion designer husband pleaded guilty to fraud charges.

In November, the Hollywood actress reported to the Federal Correctional Institution in Dublin, California, for her two-month sentence, and by Dec. 28, 2020, she was released from prison.

It's been months since her release, and there have been many indications suggesting that Lori Loughlin may make a comeback in the acting world, similar to what her co-scandal pal, Felicity Huffman.

Lori Loughlin Career Not Yet Over? She May Possibly Return to This TV Show

According to the executive producer of "When Calls the Heart," Brian Bird still loves Lori Loughlin despite the scandal.

"It was painful for us to do that because we love Lori. We want to see only the best for her."

He told "From the Desk" in April 2019, "Some of the fans shared their opinion that Hope Valley should be an example of forgiveness and grace."

He added, "Hope Valley will always be a place of second chances."

Brian also told the "Hearties Hotline" podcast in September 2020 that the show was either getting canceled amid Lori's scandal or they figure something out.

Aside from Brian Bird, Lori Loughlin's co-star Erin Krakow also referred to her as her "forever friend" in a birthday tribute last July.

She later responded to Bella, saying, "Love you too! You guys are stuck with me!"

Additionally, the eighth season of "When Calls the Heart" premiers this month, and when asked about a rumor that the season would be the last, Erin responded, "I haven't heard about that. We hope to be in Hope Valley for a 'good, long while!'"

Time can only tell. Who doesn't want to watch a scandal-hit actress return to the screen?