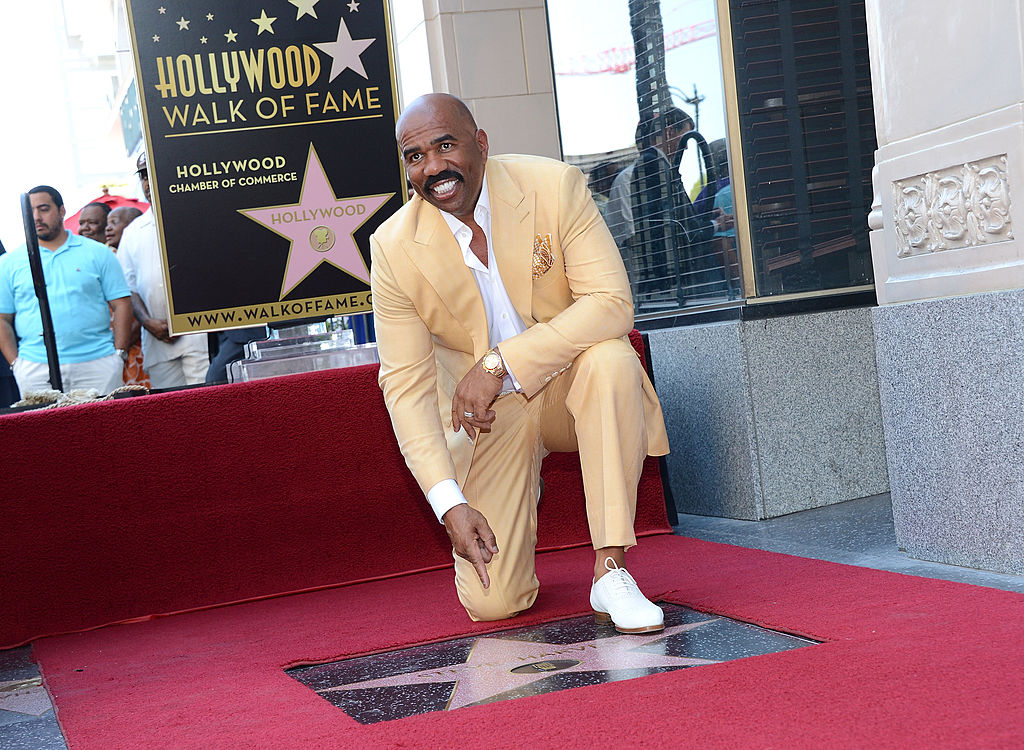 Lori Harvey's step-dad Steve Harvey is not impressed with her new beau Michael B. Jordan.

The 64-year-old talk show host got candid in an interview with Jimmy Kimmel, taking several jabs at the "Black Panther" actor.

The "Family Feud" star called Jordan a "nice guy" but was quick to poke fun that Jordan was not "all that" in his views.

'Not Impressed,' But He Likes Him

When Kimmel asked him about his thoughts on his 24-year-old daughter dating the 34-year-old People's "Sexiest Man Alive," Steve Harvey teased Jordan in his response.

He shared, "First of all, let's be clear about something. He's a nice guy, but he is NOT the sexiest man alive to me. At all."

Harvey then added that it's himself is the sexiest man alive.

But he continued to say, "This kid. I like him. I'm pulling for him," despite not being sure if he's the right man for his stepdaughter.

When the late-night show host also asked what he thought of Michael B. Jordan's extravagant Valentine's Day date extravaganza, he remained unconvinced by the actor's grandiose gesture.

Steve Harvey also gave Jordan a "good luck, partner" message about the next few Valentine's days he and Lori will celebrate if they will still be together.

The comedian's jokes dwindled for a brief moment to answer Kimmel's question truthfully.

Harvey said that what Jordan did for Lori was "really nice" and that he's happy for him.

He also called Jordan a "great guy" and even mentioned he previously met Jordan's father as well.

Additionally, Harvey also quipped that he hoped his daughters would read his book about relationships because choosing men in their lives.

"When your kids grow up, they can make decisions on their own," he said. "I'm just happy that I can at least approve one."

Steve Harvey admitted that he hated his daughter's boyfriends in the past, even noting he hadn't approved any one of them.

Lori Harvey has been previously linked to Lewis Hamilton, Diddy, Trey Songz and was even engaged to Dutch soccer star Memphis Depay.

Though Steve Harvey is exceptionally protective of Lori Harvey, the game show host seems not to have second thoughts of giving Michael B. Jordan a chance.

The couple were first spotted together in November 2020.