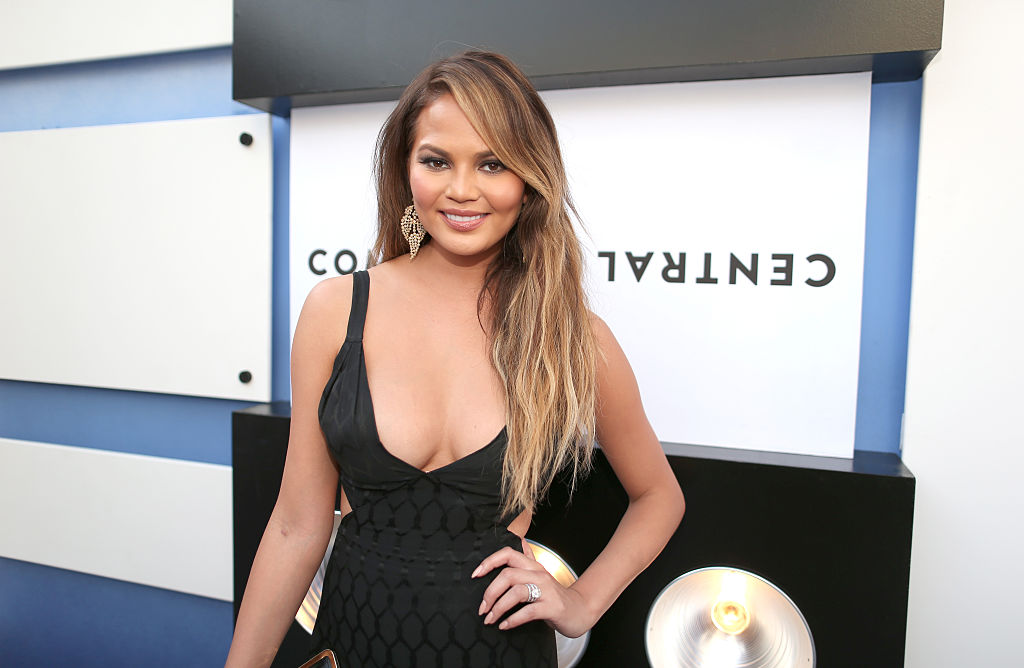 Chrissy Teigen is not afraid to hold things back about anything.

Her Twitter account is not an actual open journal - but with people responding to her. The model has garnered a massive following for her relatable, hilarious, down-to-earth, and honest posts.

Most tweets that get the most headlines are when she's clapping back at trolls talking nonsense on her feed, and she's not having any of it.

Recently, Chrissy Teigen was quick to respond to a cruel comment by a troll using her miscarriage for publicity.

Twitter user Katie Price said in a tweet, "So glad you've stopped using your terrible miscarriage as a means to keep promoting yourself."

Mrs. Legend then responded, "Anything to please you, Katie."

anything to please you, Katie https://t.co/D9oWxxdKBj

In September, Chrissy Teigen and her husband John Legend announced they suffered a miscarriage in a series of heart-wrenching pictures. Since then, the cookbook author has been open about her grieving process. Several well-known people responded in defense to Teigen.

Conservative news host S.E. Cupp said, "There's a moral crisis in this country of people who get off by hurting other people they'll never meet." Actress Patricia Arquette said, "This is intentionally cruel and arrogant."

In July 2018, the "Lip Sync Battle" host posted a picture of her breastfeeding her daughter Luna's baby doll and her son Miles. "Luna making me feed her baby doll, so I guess I have twins now," she captioned the photo.

Then one Twitter user mentioned the mom-of-two saying that menstruating and child-birth are natural parts of life but couldn't understand why celebrities like Mrs. Legend are posting them.

It prompted a reply from Teigen, saying, "I don't care to see grainy fireworks, Coachella selfies, or infinity pool pics but I let people live. calm your (expletive) and scroll on by."

I don’t care to see grainy fireworks, coachella selfies or infinity pool pics but i let people live. calm your tits and scroll on by. https://t.co/k604IcF55a

In October 2018, Chrissy Teigen made the cover of Glamour magazine and was named part of "Women of the Year" alongside Viola Davis, Kamala Harris, and Janelle Monae.

This photo of you is quite frankly, awful. At first glance I didn’t recognize you. I know you don’t give a damn, but girl if you’re going to be magazine cover material, make it worth it.

But one person believes that Teigen doesn't seem to be "cover girl material" even went as far as to call it "awful."

The Sports Illustrated cover girl then responded, "In the future, I will try harder to be the best cover model. If you could please send me specific tips and tricks (or past covers you've shot for reference), that would be awesome."

thank you, Heidi. in the future I will try harder to be the best cover model. if you could please send me specific tips and tricks (or past covers you've shot for reference!) that would be so awesome https://t.co/UAvwS71lg2

Chrissy Teigen posted a video of her making red wine braised short ribs. However, someone was previously concerned about giving Luna food that contained alcohol.

While Teigen knows alcohol slowly burns off during cooking, she chose a more sarcastic reply to the user, saying, "Yeah, she gets wasted and sleeps all through the night."

Yeah she gets wasted and sleeps all through the night https://t.co/4nsfPOVEF0

Of course, when she also gave birth to Luna, she was immediately fat-shamed, even after revealed she was suffering from postpartum depression. One Twitter user told her, "Chubby needs to get to the gym," but Chrissy Teigen had to make a comeback.

I hate to say this but...you are not a small person? also I don’t care about my weight sooooo this does not hurt.

She trolled the person saying, "I hate to say this, but...you are not a small person? Also, I don't care about my weight."

People also think that after having a baby, a mom should be with their baby at all times. Chrissy Teigen was dissed for having dinner out with her husband two weeks after Luna's birth.

One passive-aggressive Twitter user asked her, "How's baby, Luna" to which Teigen responded, "I dunno, I can't find her."

She later explained in a tweet that she wasn't abandoning her daughter, telling mom-shamers, "I never wanted to leave my daughter. I love her. But that's just me."

John Legend also took to his wife's defense saying in a tweet, "Funny there's no dad-shaming. When both of us go out to dinner, shame both of us so Chrissy doesn't have to take it all. We'll split it."