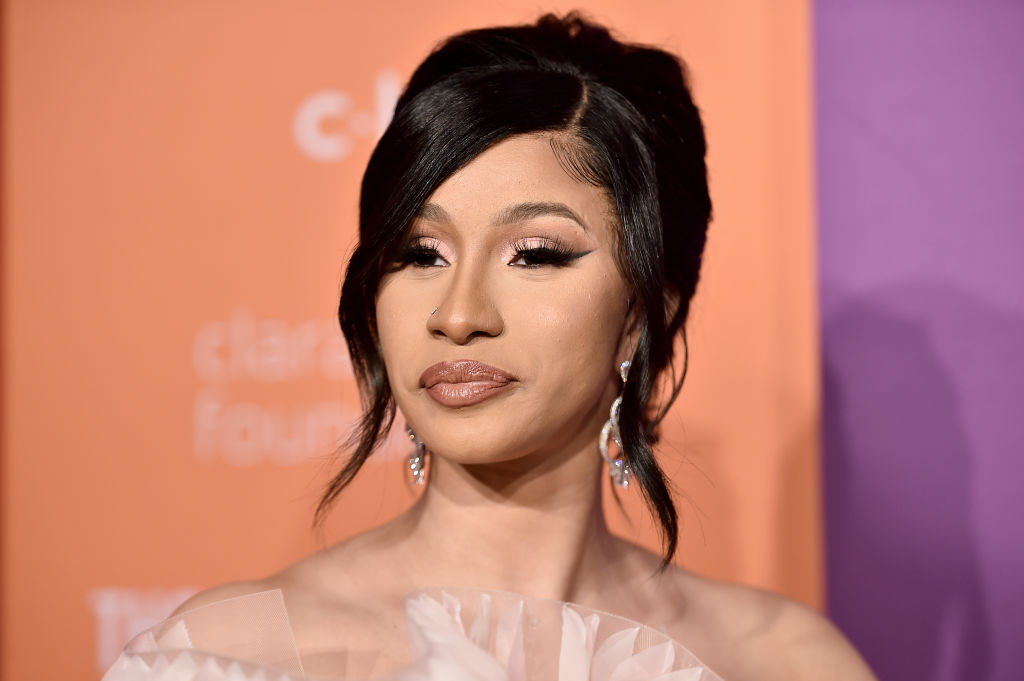 Cardi B effortlessly proved that she is the queen of raps again after her "Bodak Yellow" reached another milestone.

This week, Cardi B received an RIAA diamond certification (10x platinum) for her 2017 song "Bodak Yellow."

The rap song pushed her to be a chart-topper after joining "Love and Hiphop" years ago.

The single in question garnered glory after it has been sold 10 million copies since its release.

Before the official news came out, the rapper posted a video on Twitter, telling a hilarious story about wanting to avoid her record label.

She was still urged to meet with them just to hear the surprise news about "Bodak Yellow."

"You guys are going to be so happy .I'm soo happy!!!," she captioned the post.

Though she did not mention the certification yet, her fans clearly knew what the video was all about.

To Cardi B's disappointment (in a positive way!), she posted another tweet saying, "WTFFF !!! How the heiiilllll yall already now ???I can't . I'll be back later .DEUM YA BE KNOWING EERRTHANG !"

One of her followers re-posted the news again and exclaimed, "CARDI B IS THE FIRST FEMALE RAPPER AND ONLY IN HISTORY TO HAVE A RIAA-CERTIFIED DIAMOND SONG."

Since the release of "Bodak Yellow," the rapper continuously gained record-breaking achievements through her active years. Currently, she is the female rapper with the most No. 1 singles in Hot 100 history.

She also remains as the first female rapper to have a No. 1 hit in two consecutive decades.

Prior to the recent success of "Bodak Yellow," Cardi B topped the trending list with her "WAP" video.

In August 2020, Cardi B and Megan Thee Stallion put the floor on fire with the track "WAP" and promote women empowerment.

During an interview with Apple Music Friday, Cardi B talked about the double standard of sharing thoughts about sexuality in music. This made her even more deserving of what she recently achieved.

"People always have accused me, because I was a dancer," Cardi said."I was just dancing on them and taking (their) bread. People just always be assuming because you talk about your (expletive) that you be (expletive) the world."

© 2021 ENSTARS, All rights reserved. Do not reproduce without permission.
TAGSCardi B Cardi B News Cardi B songs Cardi B awards Bodak Yellow
SEE COMMENT
CLOSE COMMENT