Bobby Brown gets real about losing his ex-wife Whitney Houston and their child Bobbi Kristina Brown.

Speaking to the "Red Table Talk," Bobby was asked by hosts Jada Pinkett-Smith and Adrienne Banfield-Norris if he suspects foul play on the deaths of the singer and his 30-year-old daughter.

"Definitely, definitely. He was a provider of party favors," Bobby answered to whether he believed Nick, who died at the age of 30 on New Year's Day 2020 due to a heroin overdose, gave them the substances.

"He was the only one there with both situations with my ex-wife and my daughter, and they both died the same way."

He claimed, "She unfortunately was stuck in a relationship, an abusive relationship, with a boy that basically controlled her to the point where her life was taken."

Meanwhile, Bobby revealed that he wanted to meet with his daughter's fiancé, who was found liable for Bobby Kristina's death by Sept. 2016.

However, he wasn't able to do so because he was in rehab when Nick died.

The Death of Whitney Houston Mirrored by Her Daughter's Death

Grammy award-winning singer Whitney Houston and her daughter Bobbi Kristina Brown were discovered unresponsive in a bathtub at their respective homes.

In 2012, the "I Wanna Dance With Somebody" hitmaker died at 48 years old after drowning high on cocaine.

According to a coroner's report, the cause of Whitney Houston's death was drowning and the effects of drug use and atherosclerotic heart disease. But Nick Gordon was not a known suspect in the singer's death. 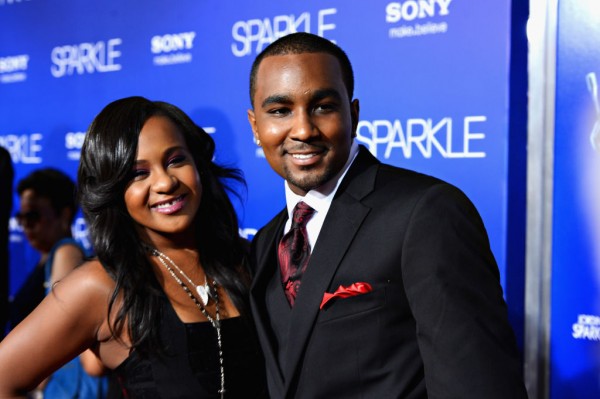 Meanwhile, their only child, who was 22 at the time, also had different substances in her system before dying in 2015.

In the $10 million lawsuit filed by her estate, it alleged that Nick Gordon gave Bobbi Kristina some "toxic cocktail, rendering her unconscious and then put her face down in a tub of cold water causing her to suffer brain damage."

It also accused Nick Gordon of being abusive and even stole money from his fiancée.

In November 2016, Nick was ordered to pay the Browns over $36 million.

Despite being found lawfully accountable for the death in a civil court, he never faced criminal charges. However, he had already been investigated for years after Bobbi Kristina's death.

READ MORE: Tiger Woods: More are Fearlessly Placing Their Bets on Golfer for Masters 2022 Despite Injuries -- Here's Why

Bobby Brown released a statement after Nick Gordon was accused of physically abusing his current girlfriend. Brown's daughter, Bobbi Kristina Brown, was engaged to Gordon when she died.

Bobbi Kristina Brown, daughter of the late Whitney Houston and singer Bobbi Brown, was reportedly evicted from her home, according to The Daily Mail.

Bobbi Kristina, together with her on-off boyfriend and Nick Gordon, were apparently the subject of at least ten different noise complaints which led up to her eviction.

Bobbi denied via Twitter on Wednesday that she had been forced out of her home.

Lisa Vanderpump had a run-in with singer Bobby Brown at a Los Angeles and shocked onlookers and photographers when they show their adoration for each other on Wednesday.

Ex-husband of the late iconic singer Whitney Houston, Bobby Brown, doesn't seem to learn from his mistakes, as he faces his second drunk driving charge this year.

Rhythm and blues star Bobby Brown, ex-husband of the late Whitney Houston, was arrested in Los Angeles and charged with driving under the influence of alcohol, Los Angeles police said on Wednesday.

Bobbi Kristina Brown attended the premiere for her new reality show, "The Houstons-On Our Own" in Los Angeles on Monday, Oct. 22. As Brown smiled for the cameras on the red carpet with her rumored fiance Nick Gordon and flaunted her engagement ring, the reality star sparked rumors of a baby bump. A new report suggests that Brown and Nick Gordon are not only already secretly married, but suggests she is pregnant.View the photos of Bobbi Kristina Brown's alleged baby bump here

Singer Bobby Brown has spoken publicly for the first time since the death of his late ex-wife Whitney Houston, denying that he was the reason the songstress died.

Singer Bobby Brown, ex-husband of the late Whitney Houston, was charged on Wednesday with drunk driving and driving on a suspended license, Los Angeles prosecutors said.