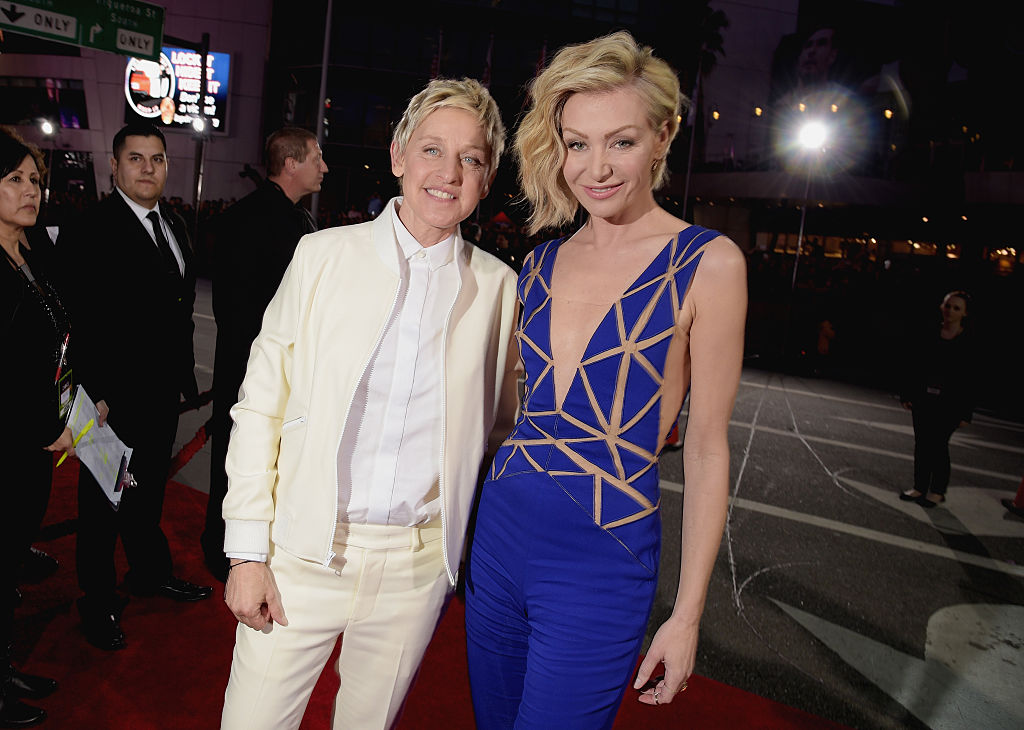 Ellen DeGeneres is making headlines and facing some serious backlash after admitting she had done something reckless that could've killed her and her wife.

DeGeneres spoke about finding her wife in agony on their bedroom floor, which later turned out to be appendicitis.

The "Finding Dory" star said she drank three Cann, weed-infused drinks just ahead of their surprise trip, which reportedly has an intoxicating amount of THC, before confessing that their journey wasn't safe.

"Chelsea Handler told me about these weed drinks, they're called Cann, and they have CBD or THC - I don't know what the good thing is," she told Kimmel.

"I drank one, and I didn't feel anything, so I drank three and then I took two melatonin sleep pills."

When she realized that her wife wasn't in bed, she immediately got up once she started hearing moaning.

She saw de Rossi "on the ground and all fours" and went on to joke, '" Unless you're playing Twister by yourself, you're not okay.' So I rushed her to the emergency room."

When Kimmel asked if she drove de Rossi by herself, DeGeneres admitted that her adrenaline kicked in and just had to rush her to the hospital before realizing that it probably was very dangerous.

Fans React to Ellen DeGeneres' Driving Under the Influence

On social media, Ellen DeGeneres' anecdotes pissed off many users, calling her an example ff her privilege.

One Twitter user said, "She could've killed someone. I'm so sick of her entitled a--."

Another said, "Talk show host admits to driving under the influence of drugs smh. Should get her show banned."

Another tweeted, "She's beyond rich and could've gotten someone else to drive. Driving high is the same as driving drunk."

One Twitter user suggestedt hat she should've called 911 or uber "or a f-----g limo. It's not like your hurting for $. Stupid people making stupid choices give weed a bad name."

Ellen DeGeneres revealed in the same interview that her wife was "feeling much better now" after her emergency surgery.

The 48-year-old was reportedly released after her procedure, claiming she was in a lot of pain after the surgery.