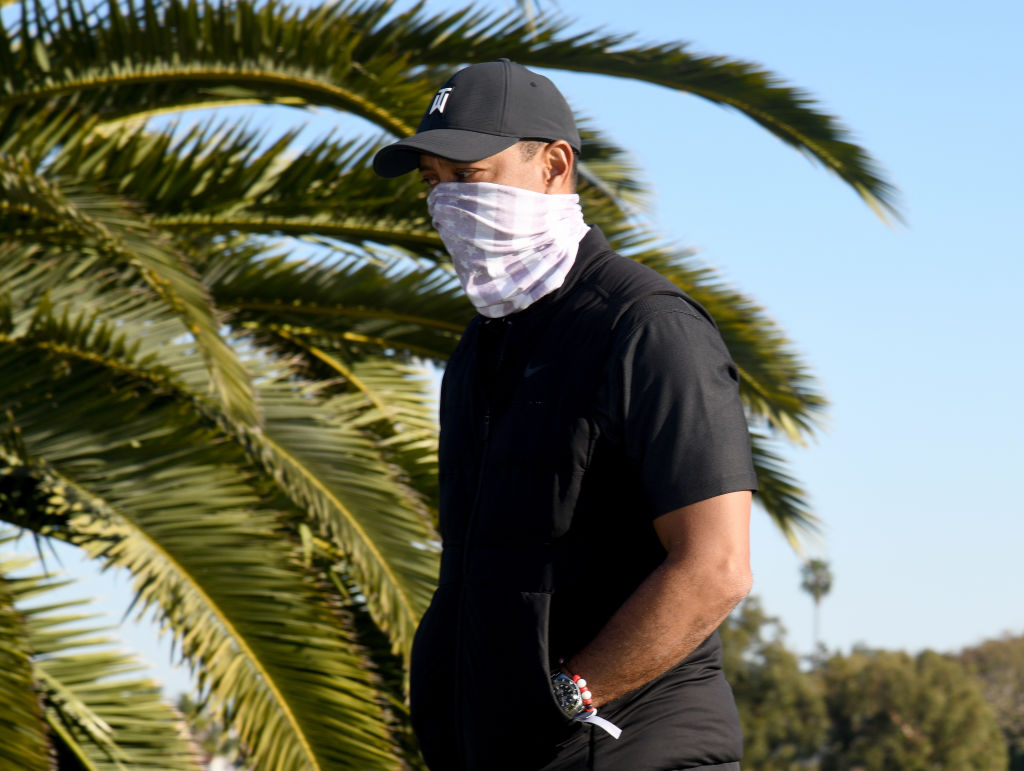 Tiger Woods recently updated fans about his recovery from injuries suffered in a car accident in February by sharing a picture of himself on Instagram for the first time since the accident.

He's on a golf course with crutches and a cast on his leg, next to a happy dog, in the picture shared Saturday.

"My course is coming along faster than I am. But it's nice to have a faithful rehab partner, man's best friend," Tiger captioned the photo.

Yet, there's another photo that reportedly surfaced over the weekend showing just how the professional golfer progresses in his recovery. Golf.com  said it refrained from sharing it as the golfer "looked less than pleased that his presence was being documented."

Thanks to News Anchor for Spectrum News 1 in Kentucky Lachlan Mclean, here's the photo of Tiger riding in a cart driven by girlfriend Erica Herman as they attended his son Charlie's golf tournament. The photo was shared on Twitter on Tuesday.

READ ALSO: Tiger Woods: Fans are Fearing the Worst After Golfer Did Something Unexpected 2 Months After Car Crash

On Feb 23, Woods was driving an SUV on a steep road just outside of Los Angeles when he collided with a raised median. Shattered bones in his leg necessitated extensive surgery.

Sheriff Alex Villanueva of the Los Angeles County Sheriff's Department said the golfer was going too fast for the conditions. Woods, he said, showed no signs of being impaired.