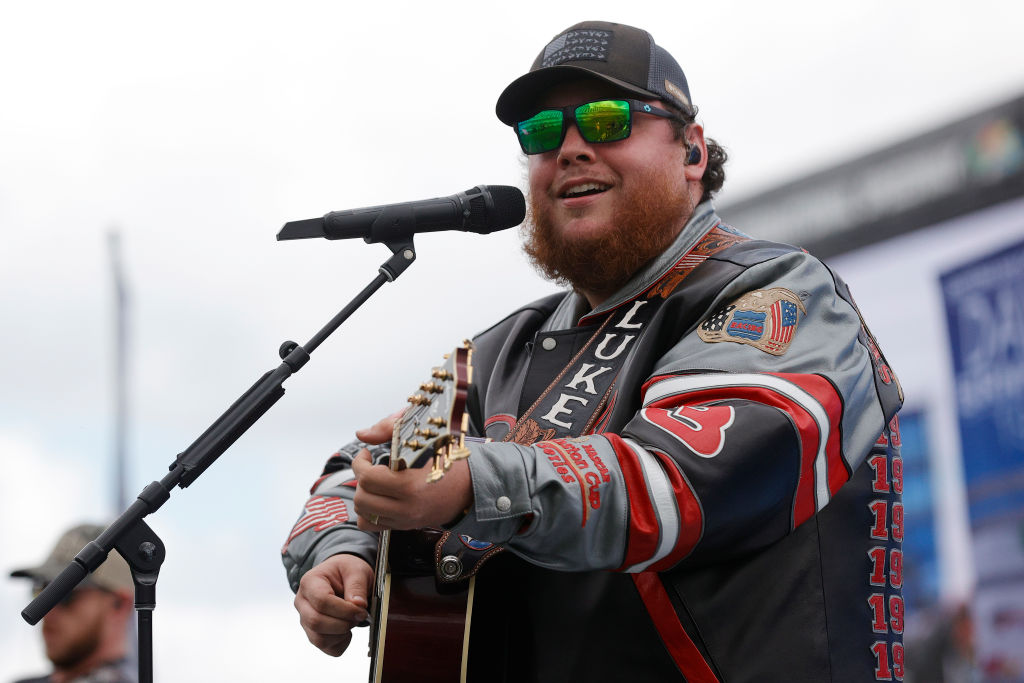 With a preview for the "Forever After All" song, Luke Combs gives fans an inside peek at his wedding to Nicole.

As the singer previously revealed, "first came 'Beautiful Crazy,' then "Better Together,' and now "Forever After All" is the third single in a three-part trilogy about his wife Nicole Hocking Combs.

Combs composed the romantic ballad as soon as he and his wife moved into their new home in Tennessee. It debuted at #2 on the Billboard 200 in 2020, marking the highest debut for a male country artist on the chart.

The music video for the country superstar begins with a young boy asking, "Grandpa, are fairytales real?" while beautiful Florida scenery from Combs' wedding is seen before Combs takes viewers on a trip to relive his and his wife Nicole's stunning wedding day.

According to a rep for the singer, the pair married at their home in Southern Florida, surrounded by fans, and intend to hold a much larger wedding with their family and friends in 2021.

The cover photo for "Forever After All," which is featured on the "What You See Ain't Always What You Get" collection, is a stunning photo of the bride and groom on the beach at sunset.

ALSO READ: Bon Jovi Drive In Concert 2021 Tickets: Where and How to Buy; Locations, and More Details

© 2021 ENSTARS, All rights reserved. Do not reproduce without permission.
TAGSluke combs forever after all
SEE COMMENT
CLOSE COMMENT