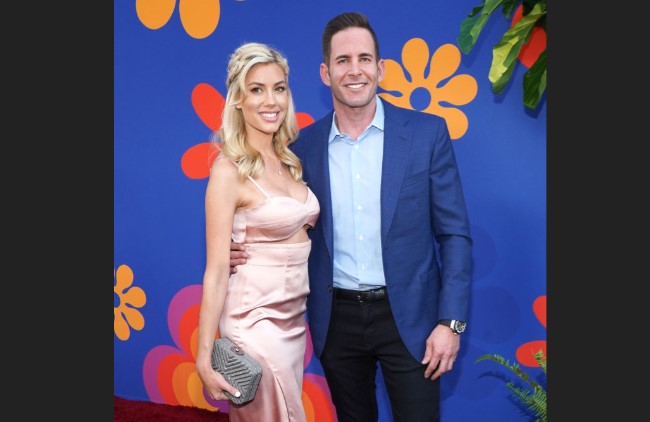 Heather Rae Young and Tarek El Moussa are getting ready to walk down the aisle.

El Moussa, "The Flip or Flop" star really can't believe he found love again. More than nine months after pulling off an epic proposal for Heather Rae Young, he is even more excited for the wedding planned this year, which will undoubtedly include his two children, Taylor, 10, and Brayden, 5, whom he shares with his ex-wife, Christina Haack. The friendly ex-couple is now flipping houses in and around Orange County, California.

El Mouusa and Young recently celebrated their love with a lavish engagement party. It was attended by their closest friends and family members.

El Moussa danced with his little girl, and the two posted breathtaking images and video from their celebration.

For the time being, the couple is focusing on their jobs while planning their dream wedding. Young, who appears on Selling Sunset, continues to work with the Oppenheim Group as a real estate agent.

El Mouusa, on the other hand, is busy shooting new episodes of Flipping 101 and looking for the next perfect house to flip. Meanwhile, fans can tune in to El Moussa and his ex-HGTV wife's broadcast.

On Thursday nights, Season 9 is actually airing. Viewers will be able to see the couple's changing relationship as they co-parent and balance their thriving businesses as new episodes of their show premiere on April 29. In terms of how his and Haack's relationship has progressed following their divorce in 2017, the two could not be happier.

El Moussa told ET that his relationship whith ex is in a totally different position. "She and I are getting along, we're co-parenting, and we're getting along as a couple, and I believe the episodes are getting better and better."

Young also told the publication that watching her fiancé work with his ex-wife was never a problem for her."They've been filming for 10 years, who am I to dictate? I am very supportive. We support each other through everything."

Following her split from Ant Anstead, Haack, meanwhile, revealed her intention to change her last name from Anstead to her maiden name of Haack.

El Moussa and Young previously told ET in October that their ex-boyfriends and ex-girlfriends will not be invited to their wedding.

RELATED ARTICLE: Tarek El Moussa Has Dating Rules For Former Wife Christina; What 'Flip Or Flop' Star Has To Say?