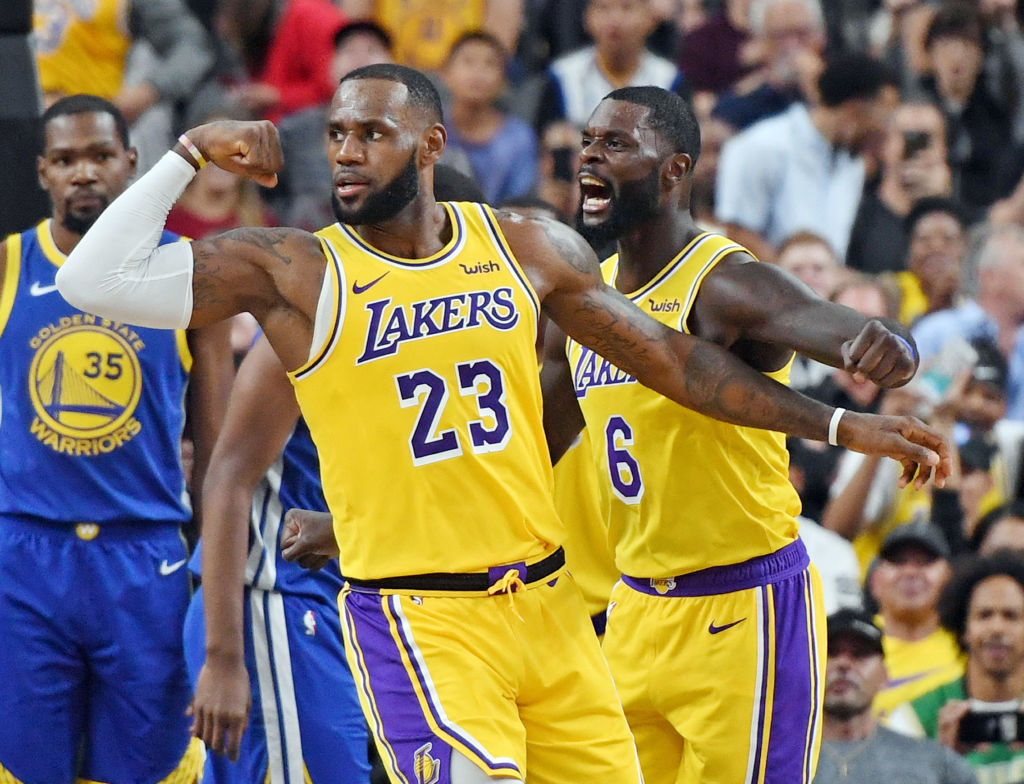 Avid collectors of LeBron James' shoes will have another pair to look forward to.

LeBron and Paris Saint-Germain forward Kylian Mbappe will officially make history soon after it has been announced that they are collaborating to launch new footwear.

On Twitter, journalist Eric Woodyard announced that the two athletes have partnered with Nike to create The Chosen 2 pack.

The pack will include both basketball and soccer footwear--both of which represent the two game-changing athletes.

"Nike announces The Chosen 2 pack, which highlights the relationship between LeBron James and soccer star Kylian Mbappé and the impact they are having on the next generation," Woodyard wrote.

The journalist added that LeBron James' shoes with Mbappe will be available starting January 9, 2020.

In addition, the shoe company plans to donate a percentage of the sales to Mbappe's foundation IBKM and the LeBron James Family Foundation.

Nike announces The Chosen 2 pack, which highlights the relationship between LeBron James and soccer star Kylian Mbappé and the impact they are having on the next generation. They'll drop on 1/9. Nike will also donate to Mbappe’s foundation IBKM and LeBron James Family Foundation. pic.twitter.com/stWuoXphjJ

What Does LeBron James, Kylian Mbappe Think About the Collaboration?

After the partnership has been publicized, the two global icons applauded each other and shared what they think of the collaboration.

The 22-year-old French footballer said that he has the greatest respect for the Los Angeles Lakers superstar on and off the court. He also spoke about how LeBron has been an inspiration throughout his career.

"From Akron to Paris, we are both taking action to move the lines in our society and offer a better world to the younger generation," he added, per HypeBeast. "I truly hope our common message will have a strong social impact and this is just the beginning of our stories."

LeBron, on the other hand, expressed his desire to be more than just an athlete.

In the same report by HypeBeast, the 36-year-old Chosen One pledged that no matter where he goes in the world, he will remain proud that he is a kid from Arkon.

Furthermore, he promised to use his platform to empower and uplift those children who have been looking up to him.

"It's about creating real, tangible change, and always leaving a place better than you found it," the Lakers champ went on.

What To Expect On 'The Chosen 2 Pack'

On the gallery posted by HypeBeast, it shows the pairs of shoe fans should look forward to.

It can be seen that the pack has two silhouettes, the LeBron 18 and Mercurial football boot.

The pairs have been specially redesigned for the collaboration, and the changes made on the footwear were inspired by "the idea of duality, parallel paths."