Hollywood just wants to get Prince Harry and Meghan Markle to be on board with their plans for them.

The Duke and Duchess of Sussex have made a name for themselves away from the shadow of the British royal family, and it seems like things are looking up for them.

In fact, they seem to be one of the most in-demand celebrities in the world.

They're so in demand that the Emmy Award bosses are allegedly trying to get the couple to make their Hollywood debut at next month's scheduled ceremony.

Prince Harry and Meghan Markle are also said to be presenting an award.

An insider revealed to The Sun, "The Sussexes are in high demand - it would be their first red carpet appearance since Megxit and their full-time Californian move."

The royal renegades will already focus on the awards for their first-ever tell-all interview with Oprah Winfrey back in March.

"Oprah with Meghan and Harry: A Primetime CBS Special" is nominated for Outstanding Hosted Non-Fiction Series or Special.

Per the insider, "Oprah is planning to attend the night, which could help get them there."

Though many people are hoping the Duke and Duchess of Sussex would grace next month's Emmy Awards, it is unclear if they have accepted to attend the ceremony.

Meanwhile, aside from the Emmy Awards, the royal exiles will "certainly" get a "VIP invite" to celebrations thrown later by streaming service Netflix, the firm they signed with the many recent big-money deals they have.

Meghan Markle, who turns 40 today, was an actress in the hit legal drama show "Suits," just before she met Prince Harry.

READ ALSO: Meghan Markle To Give the Public What They Want Her on 40th Birthday -- Royal Experts Predict

On Wednesday, the British royal family members took to social media to wish Meghan Markle a happy birthday despite their tension with her and Prince Harry.

Prince William and Kate Middleton posted a photo on their Instagram Story and captioned the pic, "Wishing a Happy 40th Birthday to the Duchess of Sussex." 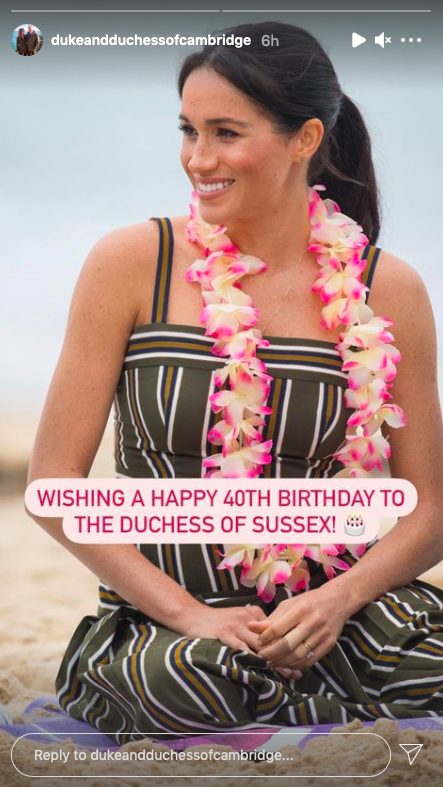 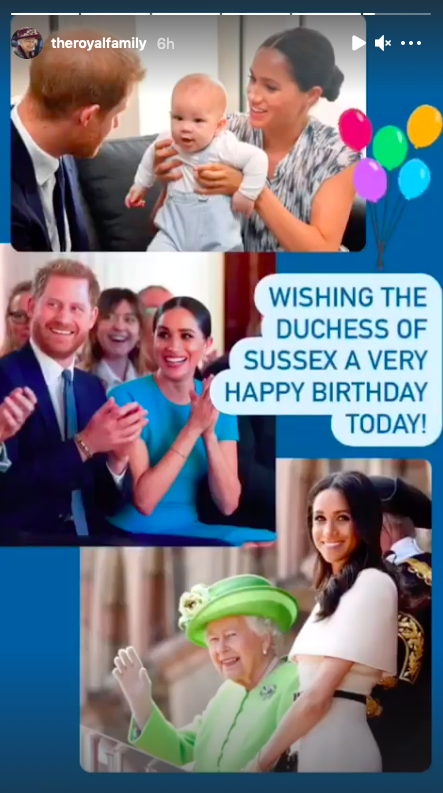 READ MORE: Princess Eugenie's Husband Jack Brooksbank Cheated on Her, Abandoned Her With Their Child?

Prince William and Kate Middleton are reportedly stressed over Prince Harry and Meghan Markle's Time Magazine cover because they are in danger of being dragged into a popularity contest, a royal expert claims.

After stepping back as senior royals to move to the US, Prince Harry and Meghan Markle have multi-million-dollar deals with streaming giants Spotify and Netflix.

Piers Morgan is massively thankful for Meghan Markle, despite being one of her harshest critics.

Prince Harry and Meghan Markle are reportedly going back to the UK for Lilibet Diana's christening, but a relationship expert adviced them not to do it.

Reports said that Prince Charles is troubled for not being able to meet his fifth grandchild from Prince Harry, Lilibet Diana.

As Prince Harry celebrates his 37th birthday, members of the royal family took to their social media accounts to send him a warm greeting.

Is Meghan Markle Directing A Movie About Late Princess Diana?

Meghan Markle is soon enough going to add a new role up her sleeve.

Royal commentators said that Meghan Markle might be more significant than the entire British monarchy.