Diana Silvers and Kristine Froseth, through their coming film Birds of Paradise, were thrown into the competative and cutthroat world of ballet. Through the high stakes landscape of the film at an intense Paris ballet school, Silvers and Froseth are left to grapple with trust, injury, and body shaming. The two young models turned actresses have not been strangers to the dangers and reality of body shaming through their careers and the impact it has had on them. We were able to get an exclusive interview with the two young stars where they explained part of their roles were triggering.

Having both started as models in their mid-teens, the presense of body shaming was instantaneous and persistent in both of their lives. Froseth reflected:

"I remember going out, traveling by myself, and every day I would get measured. It was constant conversation about how 'you won't get the job if you don't look this way'. And it was all about appearance, so it definitely got in my head. And you couldn't be athletic. So I couldn't work out. I could just walk around. So you weren't really supporting the idea of, you know, to feel good. It was all just for the job and for the appearance it wasn't about how you were doing at all."

The apperance-over-health mentaility was a similar reality for Silvers. "I was a tennis player, and I never thought there was anything wrong with the way my body was." However, regardless of the physical health she felt, the modeling world felt differently. "I started modeling and my modeling agent was like, 'you need to lose three inches around your butt,' and I was like 'What does that even mean?"

This kind of constant criticism has a negative impact on mental health. Froseth disclosed that she struggled with poor body image issues but was able to get better. Coming back through the film to a similar space was difficult. "We've talked a lot about re-entering that similar space really brought up feelings and triggered me in a lot of ways to go back to those negative thinking patterns or a little bit of body dysmorphia."

Based on statistics posted on the NOW website, fifteen percent of women suffer from disordered eating in some capacity. The persavie pressure coming from all sides of the media does not help. Young stars are pressured to look a certain way to pressure young girls they need to look a certain way to be stars. It is a toxic cycle. By speaking so candidly about it, Silvers and Froseth are helping to change this unspoken stigma. 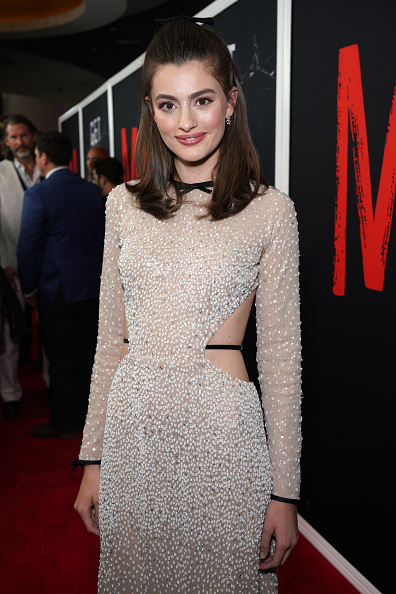 Silvers remarked. "You love your body because of what it does and what it can do and what it sustains. It's not about what it looks like."

*Drops the mic. Walks away*

Birds of Paradise explores this pressure, among many others that contribue to the brutality required to achieve modern day femininity. This powerful film comes out on Amazon Prime Video this Friday, September 24th. Add this beautifully brutal show to your watch list now.

Sarah Adina Smith No Longers Needs To Compete In Hollywood

Sarah Adina Smith, the writer and director of the new movie Birds of Paradise gave us an exclusive interview where we talked about the nature of competition in Hollywood, and in life, today.