Tom Felton, a "Harry Potter" actor and a fan favorite despite playing the villain, seemed to have collapsed during a celebrity round of golf ahead of the Ryder Cup, raising concerns about his health.

On the course in Whistling Straits, Sheboygan, Wisconsin, earlier on September 23, the actor, 34, was seen being held up by colleagues and appearing ill.

During the practice, Felton, who plays Draco Malfoy in the Harry Potter film franchise, was mobbed by worried observers ahead of the battle between Europe and the United States, which begins on Friday.

He was placed on a cart and taken away for further care after receiving urgent attention.

His present health is unknown, but when doctors came, he was awake and conscious. 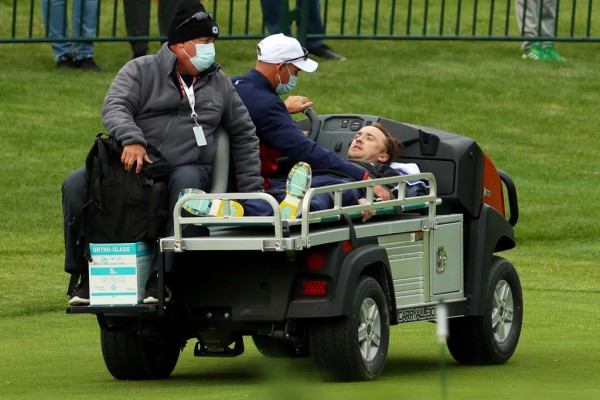 Felton was playing for Europe in the six-a-side Celebrity Match, which has become a customary warm-up for the Ryder Cup. As the actor walked away to continue his therapy, the audience applauded him warmly. Felton had made a name for himself among the Wisconsin fans following a fantastic shot off the first tee.

Felton was just 14 years old when the first Harry Potter film was released, yet he quickly rose to international fame.

Just a day ago (Sept 22), he celebrated his birthday and provided a great take on life. He marked the occasion with a pleasant black and white photo that shows him sporting a sweet smile - a far cry from how he looked, always scowling in his "Harry Potter" films. He provided a positive outlook of life at present and marveled at the possibilities of life in the next 33 years.

33 years done - good lord it’s been so much fun getting here - yet, somehow, I still feel the best is yet to come - thank you all for your love , support & sense of humour - let’s keep a good thing going - to the next 33 xx pic.twitter.com/OkF8nW1HpV

This makes his present healthcare even more upsetting.

It can be remembered that in the thick of the pandemic last year, he pulled together a virtual cast reunion for the Harry Potter films late last year, during the coronavirus outbreak, which included Jason Isaacs, who portrayed his character's father, Lucius Malfoy.

Then, in December, he videotaped himself crying while watching the first Harry Potter film, asking himself to 'keep it together.' He shared an Instagram video of himself viewing the film and eagerly recognizing his grandfather's cameos earlier this year. Harry Potter and the Sorcerer's Stone, as well as its sequels, based on JK Rowling's global hit book series, propelled its young performers to international prominence.

© 2022 EnStars.com All rights reserved. Do not reproduce without permission.
Most Popular