The official trailer for Tick Tick...Boom! has just been released, and if they don't hurry up and release the movie soon, I think I may collapse. The film is a semi-autobiographical musical retelling of Jonathan Larson's life and journey while writing Rent. For those of you that played sports in high school, Rent is one of the most popular rock musicals ever written. If you have not heard of it, I recommend you go check it out. Like, right now. I'll wait.

This trailer gives a lot of food for thought, and I, personally, am eating all of it up. I also recognize that I am a lover of musical theater, so I will do my best to keep that bias out of this review of the trailer!

The trailer starts with Andrew Garfield walking to the front of a reading room saying "Hello, I'm Jonathan Larson". Straight to the point. We love it. Also, how is it possible to feel the stakes of the situation before we even know what's going on? The music in the background really helps the tempo quickening after the introduction. (It's almost like this is a well-written musical or something!)

We immediately know that this is a race against the clock. (Get it? Tick Tick Boom? Because clocks go tick-tick...it's well written, that's my point.) Garfield's voiceover tells us he's been writing a rock musical for eight years. "Eight years, and the time keeps ticking." The musical stress and hope is so present in this trailer it's almost hard to watch. 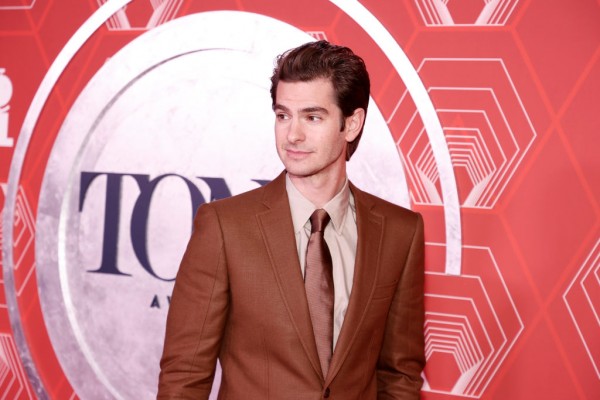 Larson's friend...we don't know who this is in the trailer. I'll look it up. That's my job. The friend, Michael (played by Robin de Jesús), asks smartly. "You need to ask: are you letting yourself be led by fear or by love." Wow. What a powerful question. To which Larson quickly replies:

Oh, we love movies with a nihilistic sense of humor! There's a fear that comes with following our passions. It's terrifying to put everything we have into them at the risk of losing everything. And we love that addressed through comedy! 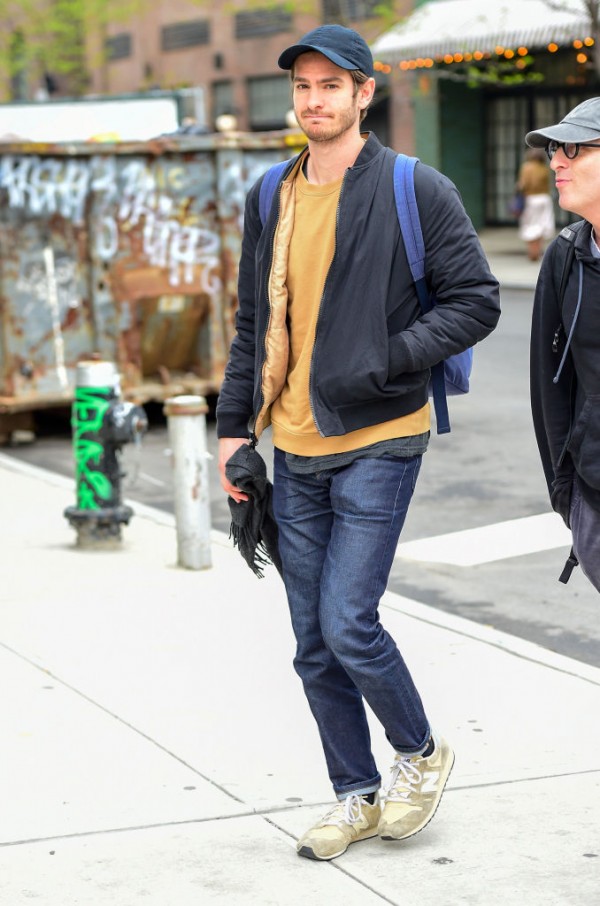 ...And through drama as well. Larson's girlfriend Susan (Alexandra Shipp) is seen yelling, "What if the workshop happens and nothing changes? What then, Jonathan?" Of course, we know that Rent is a phenomenal success so something does change, but it's still a blow regardless. No matter how hard you try, the fight to create something is immense and terrifying and unusual, and it can be hard to garner understanding from people. It can seem insane to people that you put everything into one, seemingly impossible goal. In fact, it is insane. As soon as you have skin in the game, however, it's equally insane to turn back. You just have to keep moving along. This trailer captures that spirit.

We love to see a creative journey movie. I absolutely cannot wait until this one hits theaters. Check out Tick Tick...Boom! on November 10th.

Andrew Garfield Still Swears He's Not In 'Spider-Man: Homecoming' But He Looks So Good In These GQ Pics We'll Forgive Him

The actor did not want to talk to GQ about the new Spider-Man movie, but he did tell the story of the time Lin Manuel Miranda threw a shoe at him while they were working on 'Tick, Tick... Boom!'

At Long Last, The New 'Spider-Man: No Way Home' Trailer Has Dropped

Entering Theaters With a BOOM!! Lin Manuel Miranda's Directorial Adaptation of 'Tick, Tick...Boom' Starring Andrew Garfield and Alexandra Shipp is a MUST SEE!

The newest musical movie adaptation Tick, Tick...Boom! officially hit theaters today, and, much like the title says, the excitement surrounding this movie has been one big BOOM!

Andrew Garfield is reported to be in isolation after getting in close contact with a COVID-positive crew member.

'Spider-Man 3' Headache: Why Absence of Spider-Verse Is Absolutely Bad

Bad news for MCU fans who want to see the Spider-Verse and the trio of Tom Holland, Tobey Maguire and Andrew Garfield: no, it will not happen at all.

Rumors about Tom Holland, Tobey Maguire and Andrew Garfield appearing in "Spider-Man 3" hyped the fans, but will it really happen?

According to rumors, Willem Dafoe--who played the role of Norman Osborn/Green Goblin in the original Spider-Man film, has been spotted on the set of "Spider-Man 3."

While the rumor of Tobey Maguire's possible return in "Spider-Man 3" is yet to be confirmed, a new concept art showed what he would look like in his Spidey suit again.