Hayley Law and Ben Rosenfield of 'Mark, Mary, and Some Other People' Talk Side Hustles, Male Vulnerability, and...Buzz Lightyear? 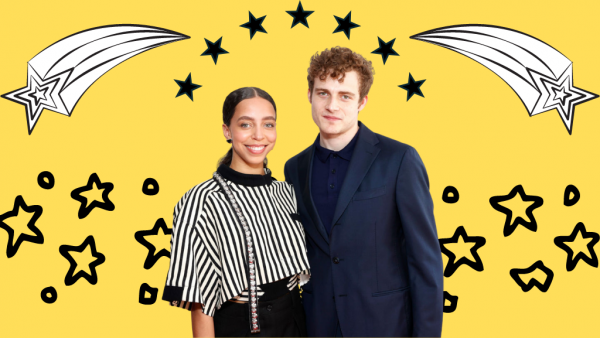 From beginnings at the Tribeca film festival, the indie romantic comedy Mark, Mary & Some Other People premieres in theatres this weekend. The film, written and directed by Hannah Marks, features some stellar actors: From Hayley Law of Riverdale and Ben Rosenfield of Boardwalk Empire, who play the titular characters, to a host of fun "other people," like Joe Lo Truglio of Brooklyn Nine-Nine, Gillian Jacobs of Community, Nik Dodani of Atypical, and even Back To The Future's Lea Thompson.

Mark, Mary, & Some Other People tells the story of a young couple who meet, fall in love, and get married very quickly...then decide they might not be done having casual relationships or flings. What follows is an honest and in-depth examination of both the joys and the pitfalls of ethical non-monogamy, which is becoming a quickly growing conversation in our culture.

(Additionally, though I've corrected it in my transcription to minimize confusion, I'd like to formally apologize to the totally awesome Hayley Law for calling her Mary for nearly the entire interview. Big ol' 'My Bad' there.)

Mary had a lot of side hustles in the movie, from the sexy maid thing to the voice recording - which she always did sitting on the desk, I loved that - what were some side hustles that you guys have had to do to make ends meet in life?

HAYLEY: Man I love that question. That's one of my favorite things about Mary, because I've had...probably about 30 jobs, and...oh man, what were some of them?

HAYLEY: Well I did data entry at this factory where we had to wear steel-toed boots and a hard hat, and it was freezing in there. And they would just give you boxers and boxes of records...I crocheted bikinis, I had a paper route at one point...if we had 45 minutes to discuss, I could run down the list.

What about you Ben? Did you have any interesting ones to mention?

BEN: Interesting side hustles? You know, not too many. Like Mark I've been kind of committed to one thing for a while, that being the acting. I have worked in some restaurants, and I actually worked a lot with my dad's company, like Mark. My dad teaches stand up comedy, so I spent a lot of time before I started working as an actor just helping stage manage and produce his shows.

That's very cool! Okay, my second question is actually for you, Ben: Mark Is portrayed as incredibly sensitive and emotional, which very much turns old stereotypes on their heads; he cries on screen more often than Mary does. How, in your opinion, does this reflect real life?

BEN: I think it does! You know, who cries more is just about the people, right? It's not about gender, but unfortunately, we do get fed these archetypal things over and over again. You know, like that Gary Cooper "strong and silent" type guy...which is just incredibly reductive and boring...so I was super into that element of the script, that's something we talked about a lot.

And Hayley, follow-up question for that, when was the last time a man cried in front of you? (Not counting the filming.)

HAYLEY: I don't have a lot of men in my life, but the men that are in my life are quite...not even sensitive, just in touch with their emotions and...they cry. My dad - he might be mad at me for saying this but - he cries! He's a crier. And I love it. I hate that, the tough act. I feel like, if you're feeling something, feel it, and and I have great people around that do that.

This one's a more serious question: With polyamory and other forms of ethical non-monogamy beginning to enter the mainstream, how do you feel that Mark, Mary & Some Other People is going to factor into the conversation? Do you think it's meant to be more of a warning? Or kind of a guide to opening discussions?

BEN: I think it's more about discussions. I don't think this movie is trying to give anybody an answer. I think it was something that we all wanted to explore together, and we were all interested in; what would that bring up? I think that's what inspired Hannah to write the script. You can see it a lot, like the two sides of her brain working in conversation about the subject... I think we wanted to do something, that's not showing you, "Oh this is how you're supposed to do it," or "If you do it this way, it's gonna be wrong." Just sort of more of a normalized version of it, like "People do this sometimes."

Yeah I did love how the script kind of didn't follow a pattern. I never knew what would happen next. I think with movies in particular, like rom-coms and romantic ones, you can kind of tell where things are going to go, but when I was watching Mark Mary & Some Other People I was surprised every other scene. It felt much more like life.

Speaking of which, that ending left things very open-ended, do you guys have thoughts or opinions about what might have happened to Mark and Mary in their lives after?

HAYLEY: I don't think they got back together.

No, I think it felt very real to me, and in my opinion, in real life, especially in your 20s...you have one or two relationships that you think ARE IT. And you move on, but that person was still a big part of your life, 'cause that was a big part of your 20s, like you got married, you did this, you did that, whatever. And I also love that they are young and got married and separated. It's so normal and honest and happens all the time. [So] I don't think they got back together, I think they had a good run, they broke up, moved on, reminisce, but that's it. I think Mary is a voice actor and doing her thing. 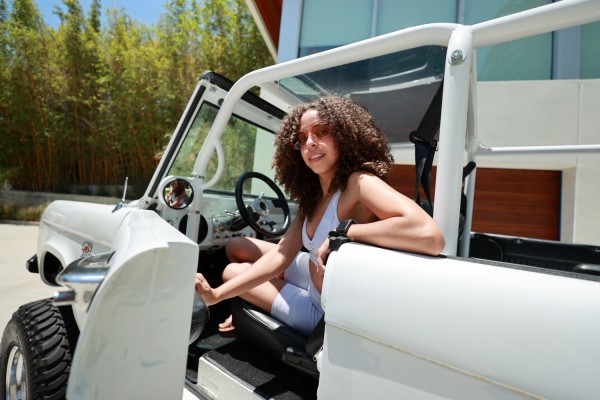 Cool! Ben, do you think the same thing?

(We have to take here a moment to laugh at his distressed expression and slightly confused intonation.)

I think probably the odds of them getting back together are not super high, no. Just cause, I mean, that rarely happens anyway. And they really went through A LOT.

They absolutely did, yes.

But I do think that - you know, as opposed to certain points where I think Mark would probably think, "Man, I wish I never met that person, and I wish I could go back in time and not go through it."

HAYLEY (joking): Are you saying that?!

BEN (laughing): I think instead what he comes to realize over time...is that she, in fact, changed his life for the better, and that these will be times that he looks back on with great fondness, and that gave him a lot of bravery. Just something he didn't think he could do.

Oh, I love that. That really does feel like real life.

I'll take it down from the serious for a moment, because Hayley, on your Instagram recently, your second photo, I noticed, was of you on a Buzz Lightyear ride. Did you see the Lightyear trailer, and if so, what do you think?

I trust Pixar at this point.

Yeah, you know - not that Disney doesn't do ANY wrong - but I think they're putting a lot into it, and Chris Evans, I think, was a great cast for it.

Yeah! It was very interesting, the choice not to go with Tim Allen this time. But I guess it makes sense because Tim Allen was playing a toy, he wasn't playing the Star Command guy.

Did you freak out when you saw that he had hair?

I think I might be Buzz Lightyear for Halloween next year.

Yeah, it's just a hard costume to find, like everybody wants to be Buzz.

Yeah. Ben are you into Buzz? Do you like Buzz Lightyear, or do you have a favorite Toy Story character?

Oh my gosh, do I see a group costume in your future, from across wherever?

HAYLEY: Maybe. I wanna be the neighbor Sid too.

Mark, Mary & Some Other People is in theaters Friday, November 5th.