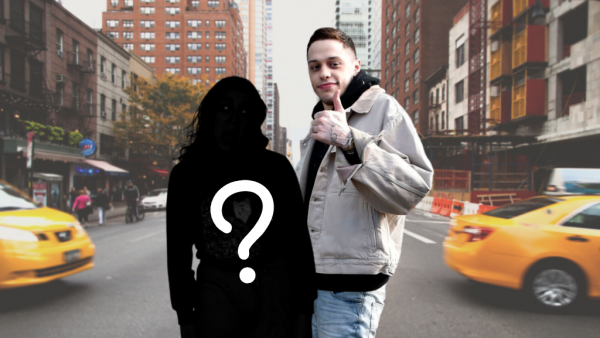 Twitter's level of surprise with Pete Davidson's pull in the dating game is getting a little intense.

Like, okay, yes - when he started dating Ariana Grande, even he acknowledged that it was a surprising match - but after Kate Beckinsale, Margaret Qualley, Kaia Gerber, and Phoebe Dynevor, you'd figure people would realize there's more to him than meets the public eye.

Admittedly, him dating Kim Kardashian would have been a shocker no matter what, and there's something inherently gossip-worthy in him taking her out to a fancy Italian dinner on Staten Island - but the tone of shock surrounding his general dating game is beginning to get a little mean.

I love how every time Pete Davidson starts dating another beautiful celebrity everyone’s like “wtf is happening how did he do this what is this mystery???” and everybody refuses to entertain the possibility that he might have a nice personality.

Also, as someone who is definitely attracted to Pete Davidson, I'm not sure what's not to get: He's a nice guy, he's ridiculously funny, he's laid back, and he's kinda the prototype for the new "bad boy:" The 50s had greasers, the Y2k era had emo dudes in bands, and we've got whatever Pete's got going on.

Plus, he looks a lot like a young Andy Samberg, and have you SEEN that glo up? 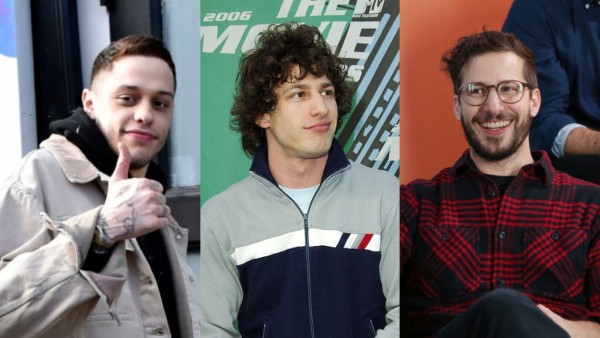 That said, when people on Twitter started wildly guessing who Petey was gonna date next after Kim Kardashian, the results had me laughing for a while. Here's some of the best ones:

Pete Davidson has been spotted with Ms. Juicy Baby!👀😱 pic.twitter.com/PTA3nrZ6kE

REPORT: Pete Davidson has been spotted with the Angelique from HELLRAISER: BLOODLINE pic.twitter.com/8e260211YY

Pete Davidson was just spotted holding hands with Lola from Shark Tale. How does this guy keep doing it??? pic.twitter.com/qEWSuDf9uf

🚨Pete Davidson spotted in his native NYC with the ship that got stuck in the Suez Canal 🚨 pic.twitter.com/erTceVoA6R

GOSSIP ALERT! Pete Davidson spotted walking the streets with just like a smaller version of himself somehow pic.twitter.com/xYzxfg44iL

Pete Davidson seen entering Troy with Helen, the wife of Menelaus and Queen of Sparta pic.twitter.com/OSPzePIiU4

Does Kim Kardashian have a secret anger towards her estranged husband Kanye West?

Carson Daly is OUT, Miley Cyrus is IN - and so is Pete Davidson! This year, NBC is trying out a brand new vibe for their New Year's Eve party.

Despite reports that Kim Kardashian and Pete Davidson are dating, Kanye West, Kim's estranged husband, isn't giving up on their marriage anytime soon.

Pete Davidson Getting Banned From 'SNL' Because of Kim Kardashian? Other Cast Members Are Not Happy Because of THIS

Is Pete Davidson on the verge of being fired or banned from "Saturday Night Live"?

Fans Disappointed At Kim Kardashian After Pete Davidson Was Spotted With This SHOCKING Mark: 'So Gross'

Kim Kardashian and Pete Davidson were out on a dinner date again, but many fans are not happy with their recent interaction; what happened?

Many people are still surprised that Kim Kardashian and Pete Davidson are dating.

Kim Kardashian Triggered By Kourtney and Travis Barker's Relationship? Reason Why She Is With Pete Davidson Revealed

Is Kim Kardashian dating Pete Davidson because she aspires to have the same type of love her sister has for her fiancé?