The fondly remembered Robin Williams is currently trending on Reddit for a reason as incredible as impactful as he was. Yesterday Tandyman234 posted to Reddit a photo of Williams with a caption stating, "Robin Williams - In every movie he filmed he asked the production company to hire at least 10 homeless people. 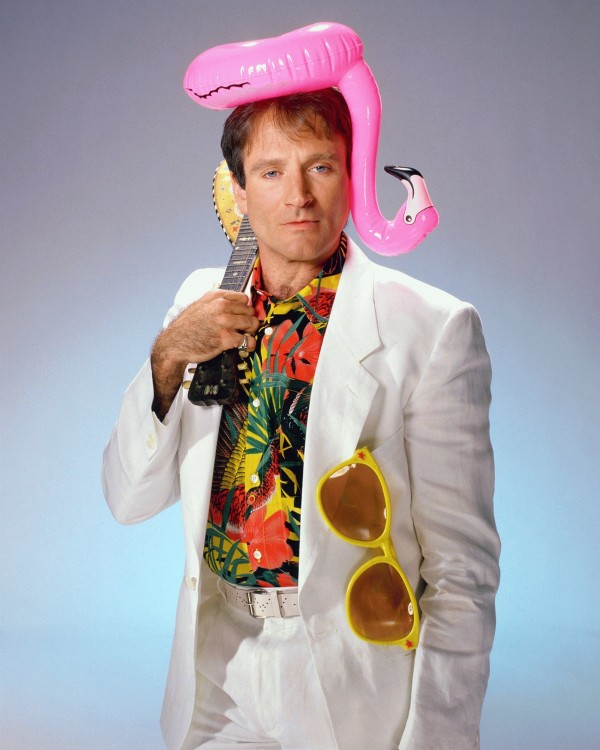 During his entire career, he helped approximately 1520 homeless." When Robin Williams was alive, his ceaseless quest to make the world a better place expanded into every facet of his life and work. It is so nice to see a celebrity being remembered for being a truly fantastic person. He also so seamlessly proves that everyone has a way they can help.

While sources such as Snopes say that William's fight to guarantee  at least ten homeless people were hired in his films is unproven, the actors drive to help is incotrovertible. The star participated in Comic Relief, "a major charity based in the UK, with a vision of a just world, free from poverty." He also testified in the Senate in the 1990s about the homelessness crisis. He powerfully stated, "You can't keep picking people up. You have to stop them from falling." His beautiful words still ring true today.

During the height of America's homelessness crisis in the 90's — Robin Williams asked if he could testify before the Senate.

Whoopi Goldberg was by his side.

It's the most powerful two minutes you'll see today... pic.twitter.com/y1yiTRQUfd

We can all take inspiration from the the kindness, generosity, and action of Robin Williams. Wherever in the world we are, whatever our situation may be, there is a way that we can inact positive change in the lives of others. We just have to look for it. Thank you, Robin Williams.

Tags: robin williams homeless comedians Robin Williams Death
© 2022 EnStars.com All rights reserved. Do not reproduce without permission.
Most Popular
You May Also Like

Music-streaming giant Spotify has pulled the albums of many stand-up comedians from their platform.

The former child star reveals how the late actor helped her deal with mental health struggles while they're filming 'Mrs. Doubtfire'

Robin Williams' Invisible Monster: Everything You Need To Know About Lewy Body Dementia

The documentary of Robin Williams' last days is not just meant to reveal how much the actor suffered before he committed suicide.

Before the sad turn in his life, Robin Williams was one of those who made sure people feeling depressed and pained could laugh and forget their troubles.

Comedian Robin William's death in 2014 is one of the most devastating things to ever happen in Hollywood. Nobody knew that he was suffering emotionally and psychologically.

Robin Williams' movies are a thing of beauty, and they should be the ones that people remember him by.

Even though no one expected Robin Williams to take his own life, some people he worked with could see that he was changing drastically.