"Time to Hunt" Again? In a First for the Streaming Service, Netflix Commissions an American Remake of Their Own South Korean Popular Dystopian Thriller 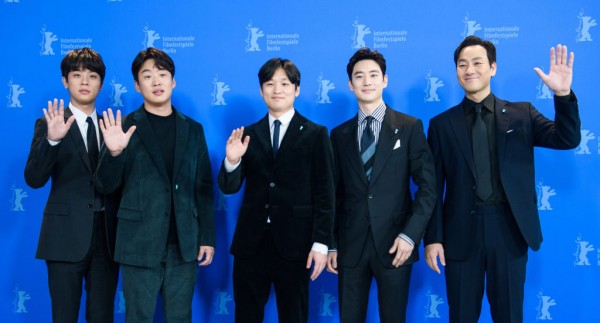 In an unusual move, Netflix is moving ahead with an American remake of their South Korean film, "Time to Hunt." While Netflix has made American remakes of Asian properties before, such as the poorly-received American remake of the Japanese anime "Death Note," this marks the first time Netflix is adapting one of their own foreign language films, tapping British director Adam Randall for the remake. No writer has been hired for the American "Time to Hunt," with the streaming giant being sold on the idea of the remake based on a 150-page document written and pitched by Randall.

Originally directed by Yoon Sung-hyun, "Time to Hunt" is a dystopian thriller, where a group of young men who are targeted by assassins after pulling off a desperate heist in a near-future South Korea suffering from financial crisis. Starring a roster of up-and-coming South Korean acting talent, including Choi Woo-shik from Bong Joon-ho's "Parasite" and Park Hae-soo from Netflix's hit "Squid Game." Other principal members of the cast include talented young actors Lee Je-hoon, Ahn Jae-hong, and Park Jeong-min. "Time to Hunt" premiered at the 70th Berlin International Film Festival, making history as the first South Korean film screened in the Berlinale Special section.

With foreign language content becoming more in demand among American audiences, signaled by "Squid Game"'s runaway success, Netflix's move to make an American adaptation of one of its own foreign language properties could be the next iteration of how the streamer hopes to bridge the gap between American audiences and foreign language content. By adapting an American version "Time to Hunt," Netflix does away with the challenge of getting Americans to engage with English language subtitles. Regardless, we're looking forward to seeing how this adaptation goes and whether it measures up to the well-received South Korean original.

For more entertainment news and commentary, follow Enstarz! We bring you the latest on your favorite celebrities, TV shows, and films.

Tags: Time to Hunt netflix Time to Hunt American Remake
© 2021 EnStars.com All rights reserved. Do not reproduce without permission.
Most Popular