The Country Music Association revealed Kelsea Ballerini and Kenny Chesney as early winners in both the CMA Musical Event of the Year and CMA Music Video of the Year categories for their duet, "Half of My Hometown" this morning on GMA.

The announcement marks Ballerini's first-ever CMA wins and adds to Chesney's long list of CMA Awards consisting of four Entertainer of the Year trophies, three previous wins in the Musical Event of the Year category and one Music Video of the Year honor in 2011. 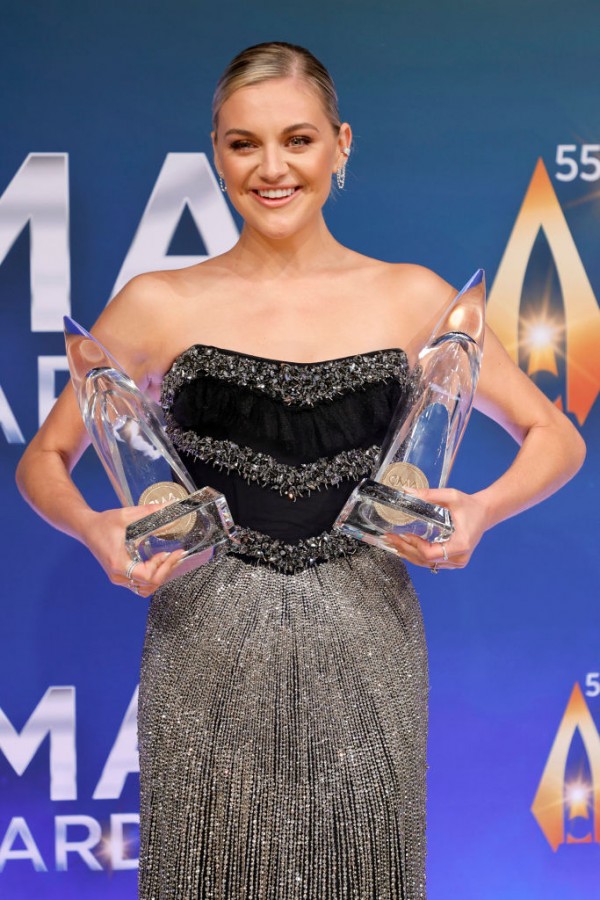 "I was so emotional making that music video," Kelsea told Audacy's Coop ahead of her win. "The song to me is such a tribute to the town that I grew up in and loved so much, but just had to leave because what was for me was not there."

She continued, "The whole idea of the video is playing out the hypothetical life that I probably would have had if I didn't leave. It was so beautiful, but at the same time I'm so glad that's not where my life led me."

Making the nostalgic tune even more meaningful was fellow Knoxville, TN native and Country music giant, Kenny Chesney joining her for the track.

"He is my hometown hero, I remember listening to 'I Go Back' on the radio and being like, 'Mom, Dad! He's singing about here! Like, can you believe it??'" Recalled Kelsea. "It's just such a full circle to now have a song that's on radio that hopefully some kid in Knoxville is listening to going 'Oh my gosh, they're singing about this place! I want to do that one day.' What a gift, ya know?"

As Kelsea experiences undeniable success with her music, she only hopes she'll experience the same acceptance with her new project, a poetry collection titled, Feel Your Way Through releasing November 16.

"I'm incredibly nervous," Kelsea admitted of the nearing release date. "Even on the most personal songs, I have co-writers and there's musicians and producers. There's so many other things that influence how it turns out and this book is the first thing that I've done where it's just me."

Most of the poems included in the collection were written by Ballerini as she stepped away from music during the pandemic. While she has shared some vulnerable insight into the book with snippets of poetry of her social media, Kelsea says that's just the tip of the iceberg.

"Oh just wait," Kelsea said of the vulnerability she's about to display. "The book was something that kind of got me through 2020. Music to me was a sad place so I ended up disconnecting the writing from the music and just turning it into a book and it really kept me honest and it kept me grounded and it kept me creative."

Kelsea's Fell Your Way Through will be available November 16 and is available for pre-order now.

Tags: Kelsea Ballerini cma awards Music Kenny Chesney music video
© 2022 EnStars.com All rights reserved. Do not reproduce without permission.
Most Popular
You May Also Like

Country singer-songwriter Kelsea Ballerini appeared on the latest RADIO.COM program Coop on the Rockin' Country Saturday Night, sharing her celebrity encounters and insights on her hit single "hole in the bottle."